With the Pakistan Super League teams and squads for 2019 already announced, DESIblitz previews the six cricket sides, including the five-player categories.

"I am delighted to confirm that I will represent Lahore"

The 2019 Pakistan Super League teams and squads are creating a lot of buzz leading up to the tournament.

Comprising six teams, the 32-day competition is the fourth season of the PSL.

The players draft took place on November 20, 2018, to determine the final teams and squads for PSL 4. 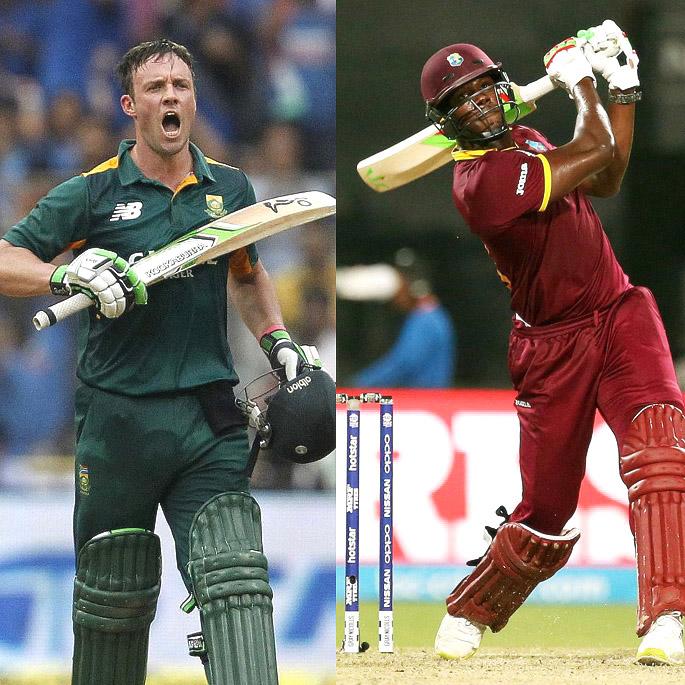 AB de Villiers from South Africa and West Indian Carlos Brathwaite will make their PSL debuts in the platinum and diamond categories respectively.

The emerging player has to be under the age of twenty-three.

Each team also has a supplementary category, in the event any players suffer any injury. If this does happen a player from the supplementary group can come in as a replacement.

Let’s take a look at the six Pakistan Super League teams and squads, including some of the big players featuring  in the competition: 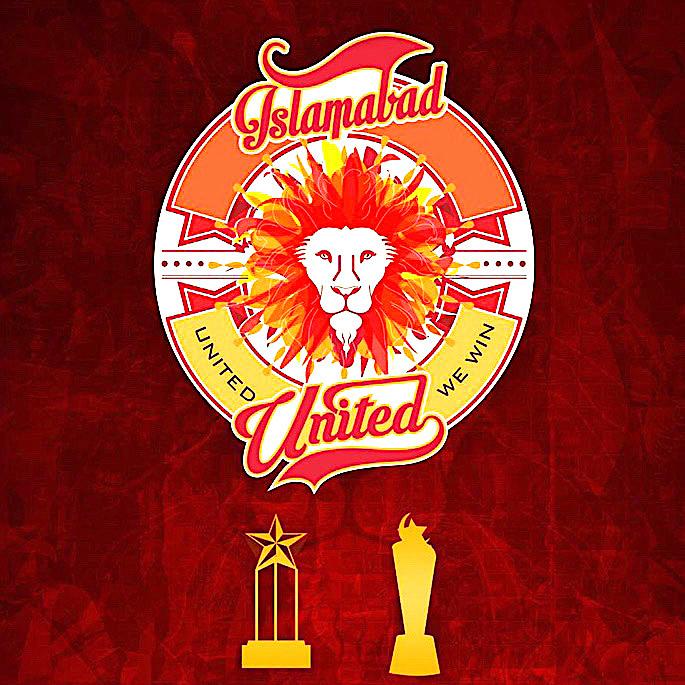 Luke Ronchi from New Zealand who comes under the platinum category was the backbone for Islamabad United in 2018.

His contribution at the top of the order was very crucial for United as they won the PSL for the second time in 2018.

With Misbah-ul-Haq leaving Islamabad, Ronchi takes the captaincy reigns. Luke who was in Pakistan for the players draft told the media:

“A massive thanks to Islamabad United, the family, to get me involved before the Pakistan Super League (PSL) last season.

“It was an amazing time and I hope that we continue in the manner that the Islamabad United and family have played for three years.”

If we talk of bowlers, then Pakistan leg-spinner Shadab Khan and Green Shirts all-rounder Faheem Ashraf are also in the platinum category.

Under the gold category, there is hard hitting batsman Phil Salt from England. Pakistan pacer Rumman Raees and left-arm spinner Samit Patel from England will be the key bowlers for Islamabad under this category.

In the silver category, there is young Pakistani opener Sahibzada Farhan, along with left-handed batsman Cameron Delport from South Africa.

Under the emerging category for youngsters, Islamabad has chosen bowler Muhammad Musa and all-rounder Nasir Nawab. 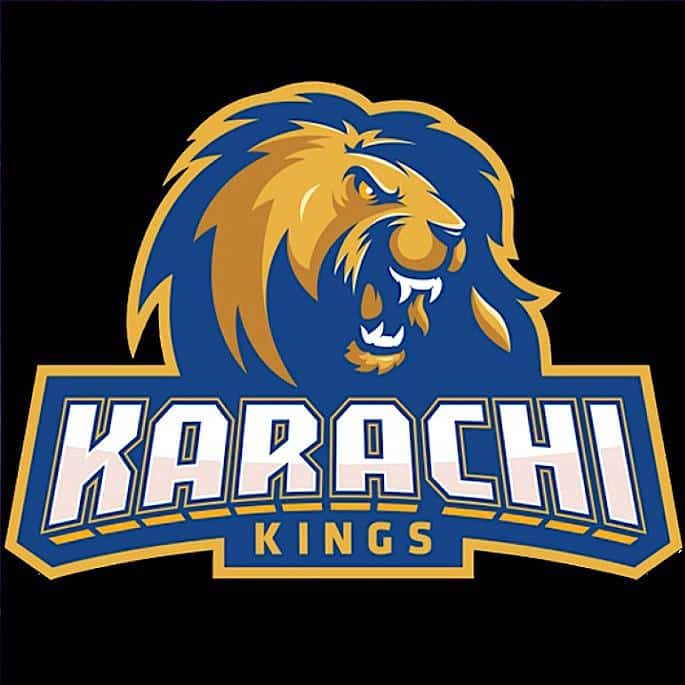 Wasim will captain Karachi for the second time on the trot. Owner Salman Iqbal went on Twitter to confirm the names for captain and vice-captain, tweeting:

I am happy to announce that the management team of @KarachiKingsARY has decided that @simadwasim will lead the team as Captain and @CAIngram41 as his vice captain .

Bopara has been playing for Kings since the inaugural PSL season, which took place in 2016.

In the silver category, there is pinch hitter Awais Zia, pacer Sohail Khan and leg-spinner Usama Mir, all from Pakistan.

Surprisingly all-rounders Aamer Yamin from Pakistan and Liam Livingstone of England only make it into the supplementary category for the blue Karachi outfit. 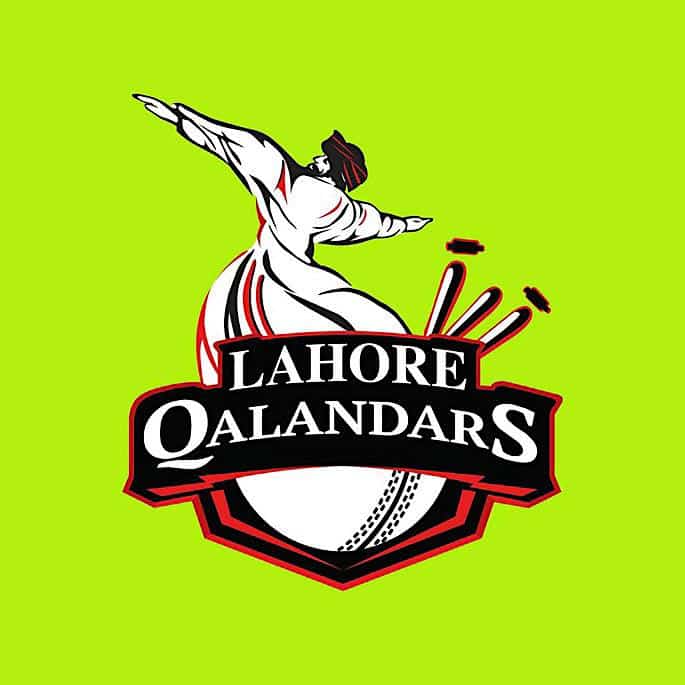 Gaining a major scoop in the platinum category, Lahore Qalandars will have the services of South African dashing batsman AB de Villiers.

As this will be the first season of AB in PSL, fans will be hoping to do some ‘Dama Dum Mast Qalandar’ on his shots.

AB will also travel to Pakistan for PSL 4, playing in front of his home crowd. Confirming his trip, AB issued a statement reading:

“I am delighted to confirm that I will represent Lahore Qalandars in front of our home crowds on 9 and 10 March, during the HBL PSL 2019.

“I look forward to revisiting the Gaddafi Stadium and aim to play my part in helping Lahore Qalandars achieve something they have been aspiring for since the inception of this tournament in 2016.”

Explosive Pakistan opener Fakhar Zaman is another flashy batsman in the platinum category.

Right arm leg-spinner, Yasir Shah who has a history of celebrating in a very mast fashion in the PSL comes under the diamond category.

Brathwaite is famously known for his heroics in the final over of the ICC 2016 World T20.

Kiwi batsman Anton Devcich retains himself in the gold category.

In the silver category, there is a trio of Pakistani batsmen including Haris Sohail, Agha Salman and Sohail Akhtar.

The young in-form ‘Dhoom Dhoom’ Shaheen Shah Afridi (ambassador) is the prime bowler featuring in the silver category. Qalandars are relying on Afridi to rattle the opposition.

Despite his early success, Shaheen firmly has his feet on the ground as journalist Faizan Lakhani describes in a tweet:

“@iShaheenAfridi is so humble & down to earth, when he was unable to deliver in initial games, he went to @lahoreqalandars management, said “I am unable to deliver, I want to return all the money back to you.

“LQ management and @Bazmccullum gave him confidence & he delivered.”

After playing two seasons for Quetta Gladiators, Hasan Khan moving to Lahore is also under the silver category. 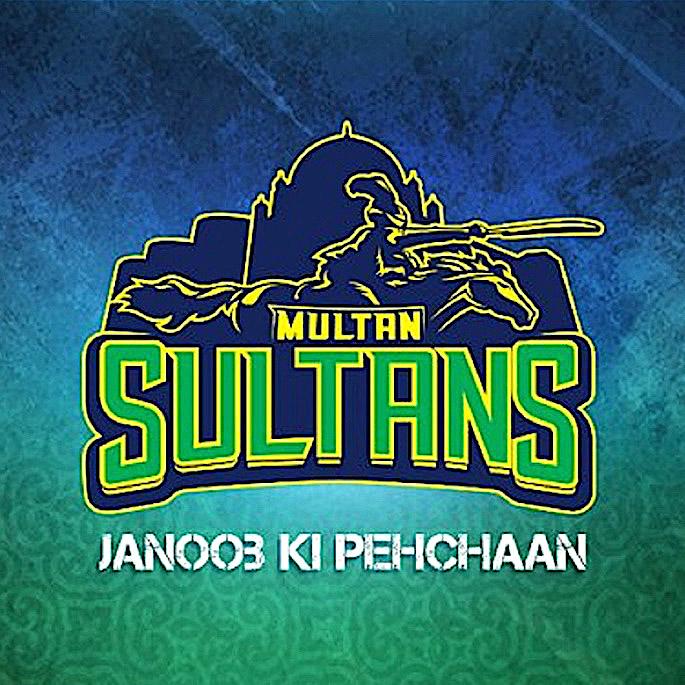 All-rounder Andre Russell who is from the West Indies will come to the party as a platinum cricketer.

Malik is captain for the Sultans. Excited about sharing the stage with Afridi, Shoaib says:

“Afridi is still playing solid cricket and as a former national teammate and captain of Multan.

“I’m happy for him to be in our team as he is one of the very few players out there who can single-handedly change the game with their bowling and or batting and sometimes even with their fielding.”

Abbas has done really well in the Test arena, helping Pakistan to some great victories.

Mohammad Junaid and all-rounder Mohammad Ilyas got the nod under the emerging player’s category.

Ali Tareen will be hoping all these players perform and bring success to his team. 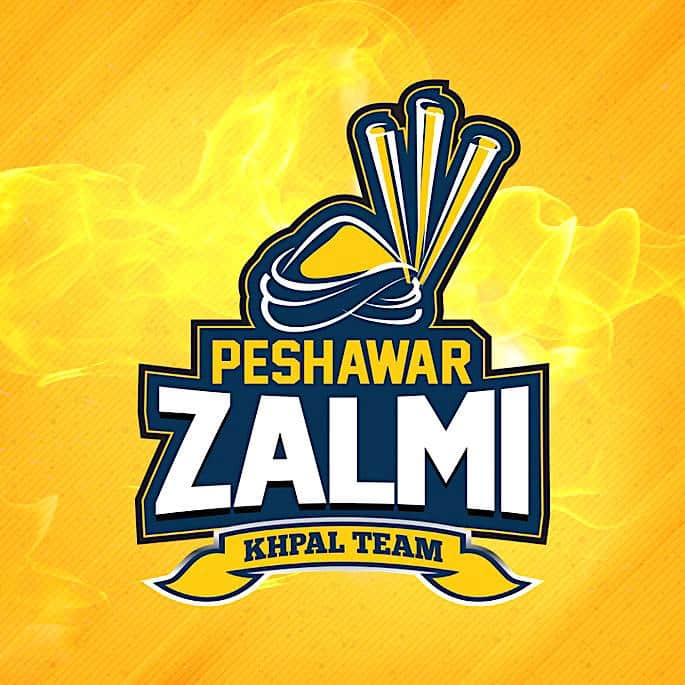 Fast bowler Wahab Riaz and medium-fast pacer Hasan Ali who has been consistently performing for Pakistan in the short format of the game are platinum retained players for Peshawar Zalmi.

T20 specialist all-rounder Kieron Pollard is a draft pick in the platinum category.

Sammy, a fan’s favourite will skipper the side for the third consecutive year, with Peshawar owner Javed Afridi confirming on his Twitter handle:

“It gives me immense pleasure to announce that Daren Sammy will be leading the Peshawar Zalmi (Yellow Storm) in PSL 4 as well.”

On the batting front, England’s middle order batsman Dawid Malan and Pakistan opener Umar Amin made it into the gold category.

Left-arm spinner Liam Dawson of England is retained in the gold category as a bowler who can bat a bit.

In addition, fast bowler Umaid Asif and all-rounder Khalid Usman are retainers under the silver category.

Samiullah did play in PSL 2, which took place in 2017. Peshawar Zalmi has won the competition in 2017, defeating Quetta Gladiators by 58 runs in the final. 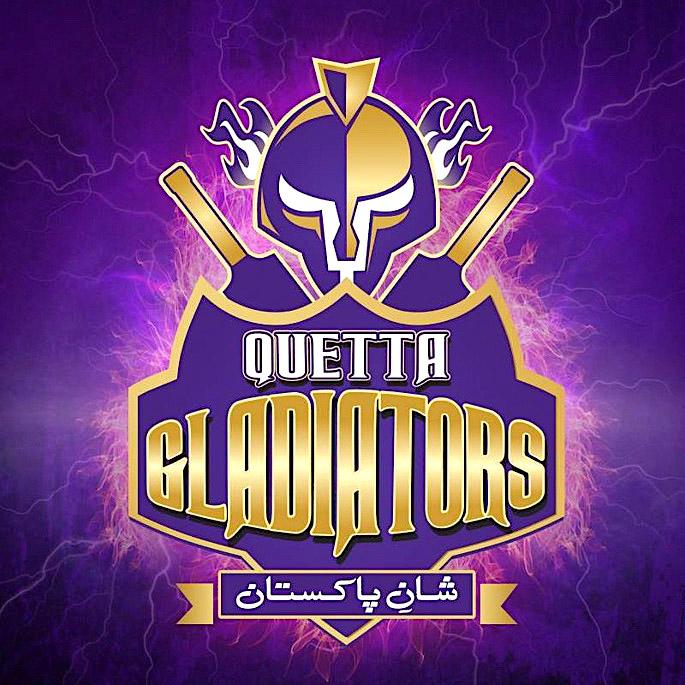 In the diamond category, we will get to see former Australian all-rounder Shane Watson and Mohammed Nawaz who will play his fourth season for Quetta.

Nawaz is an effective left-arm spinner and a handy lower middle order batsman.

Former South African cricketer Rilee Rossouw (ambassador) and Umar Akmal from Pakistan are in the squad under the gold category.

Rossouw was one of the brave hearts who travelled to Pakistan in 2018, playing in the Karachi final. Akmal has a somewhat controversial history both with Pakistan and his former PSL team Lahore Qalandars.

Umar will be hoping to resurrect his PSL and Pakistan career with some good performances during the tournament.

Asghar was previously with Peshawar Zalmi for the first three seasons of the PSL.

In the silver category, there are two young batsmen also, namely Danish Aziz and Ahsan Ali.

Bowlers in the emerging category include Ghulam Mudassar and 15-year-old Naseem Shah.

Opener Ahmed Shehzad who has played over fifty T20 internationals for Pakistan only makes it into the supplementary category. 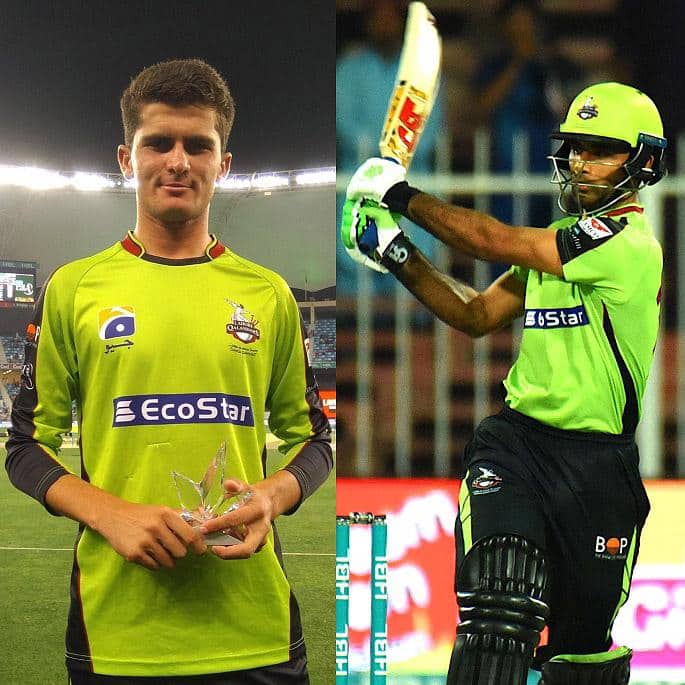 So that was our round-up of all the Pakistan Super League teams and squads for 2019.

The Pakistan Cricket Board (PCB) are administrators of the PSL brand and event. All matches played under the T20 format will be held in UAE and Pakistan.

Matches will begin in the UAE, with the last eight games taking place in Pakistan, including the playoffs and final.

There will be a total of thirty-four day-night matches in the tournament.

PSL also has a great commentators line up led by Alan Wilkins (ENG).

The official anthem for PSL 4 sung by Pakistani heartthrob Fawad Khan is energising all the fans. Fawad will perform the anthem during the opening ceremony on Valentine’s Day. 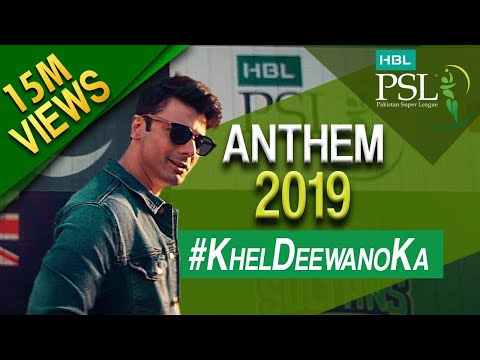 Defending champions Islamabad United take on Lahore Qalandars in the first of the Pakistan Super League at the Dubai International Cricket Stadium on February 14, 2019.