Film and music stars electrify the Pakistan Super League 2019, with a glittering opening ceremony. Fawad Khan and many others entertained everyone in Dubai.

"hopefully the league will touch new heights this year.”

The Pakistan Super League 2019 cricket tournament began with a glittering opening ceremony held in the UAE.

Stars from the world of film and music delighted T2o lovers at the Dubai Internationational Cricket Stadium on February 14, 2019.

Fawad Khan, Aima Baig and the band Junoon performed during the night ahead of the fourth edition of the league. 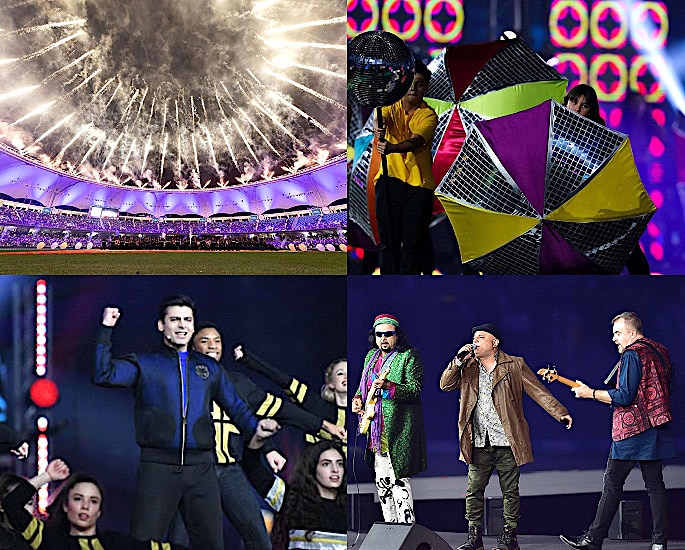 The evening got underway with the national anthem of Pakistan – ‘Pak Sar Zameen.’

Famous commentator and former Pakistan opener Ramiz Raja took over the microphone as the MC.

Ehsan Mani, Chairman of the Pakistan Cricket Board (PCB) went onto making a speech, acknowledging cricket authorities from the UAE for their support.

“All teams are looking strong and we are looking forward to yet another enthralling season of the PSL.”

Appreciating international players for backing the league, he added:

“In the fourth edition, more international players will show their appearance and hopefully the league will touch new heights this year.”

Ehsan was also thankful to Habib Bank Limited (HBL) for once again acting the main sponsor of the tournament.

Hence why the tournament is familiar as HBL PSL 2019 or even PSL 4. 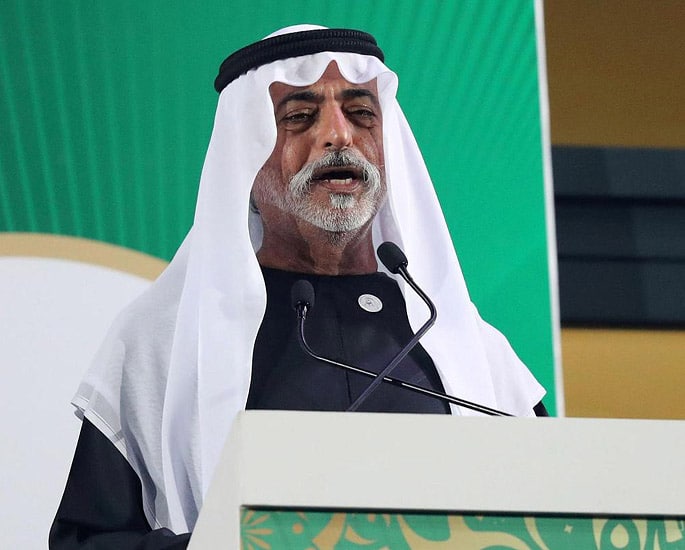 The head of UAE’s Ministry of Culture, Youth, and Social Development, Sheikh Nahyan bin Mubar was also in attendance.

The famous 1992 Cricket World Cup tune, ‘The Final Countdown’ (1986) by Europe, was then played by a marching band after Mani made his way. 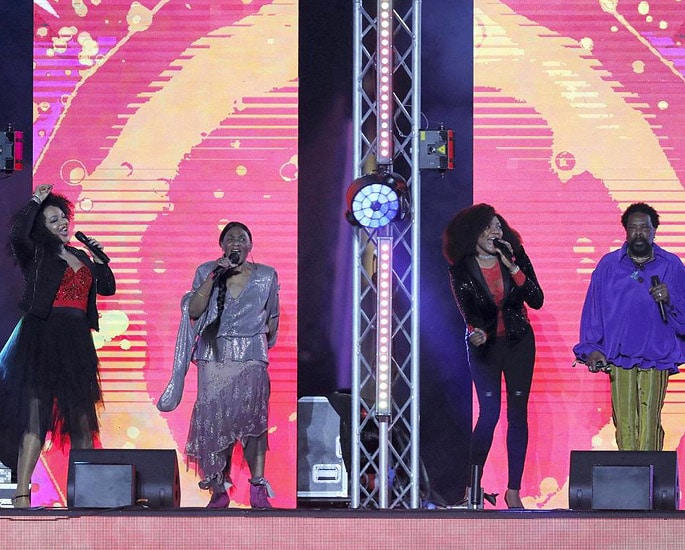 Next in line was the vocal group Euro-Caribbean Boney M who got the crowd going with their popular track ‘Daddy Cool’ (1976).

Pop star Aima Baig then did a rendition of ‘Disco Deewane’ (1980) a popular song, originally sung by Nazia Hasan. 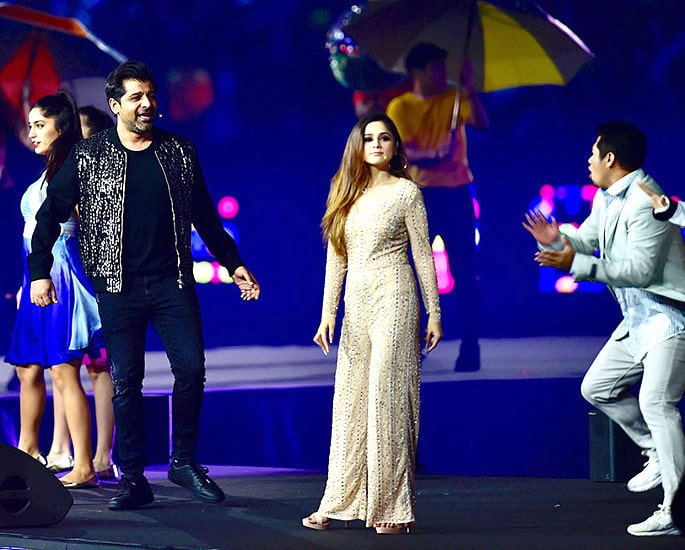 They commenced their set of performance with the super duper hit ‘Yar Bina’ (1997) with ‘Heeray’ (1993) coming second.

The trio who were lip-syncing did finish with their trademark sporty track ‘ Hai Jazaba Junoon’ (1996). 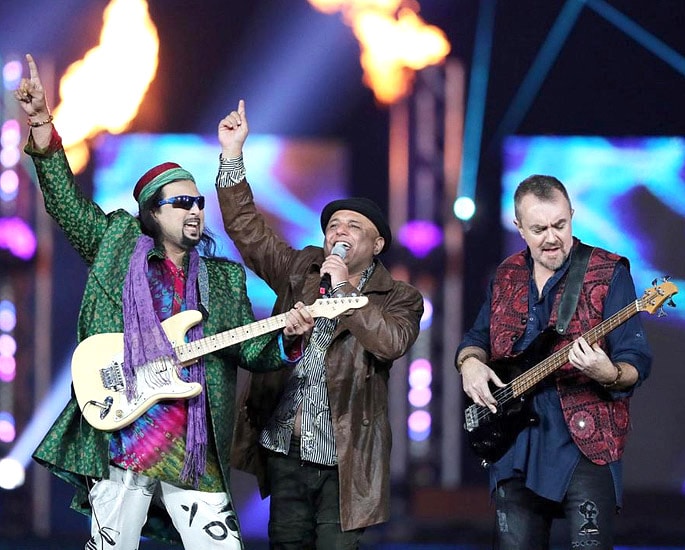 The final act on the night was Pakistani heartthrob Fawad Khan. He entertained his fans with the official PSL 4 anthem song ‘Khel Deewano Ka.’

Rapper Young Desi accompanied Fawad on the podium for a cameo. 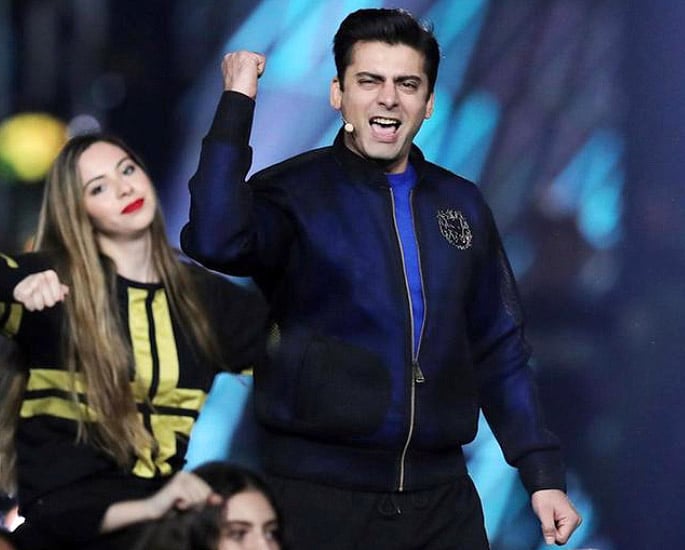 The six teams and their respective came on to middle as the duo were performing.

With confetti raining on the pitch, it was a cue for lights, camera, action as the Pakistan Super League 2019 was ready to start. 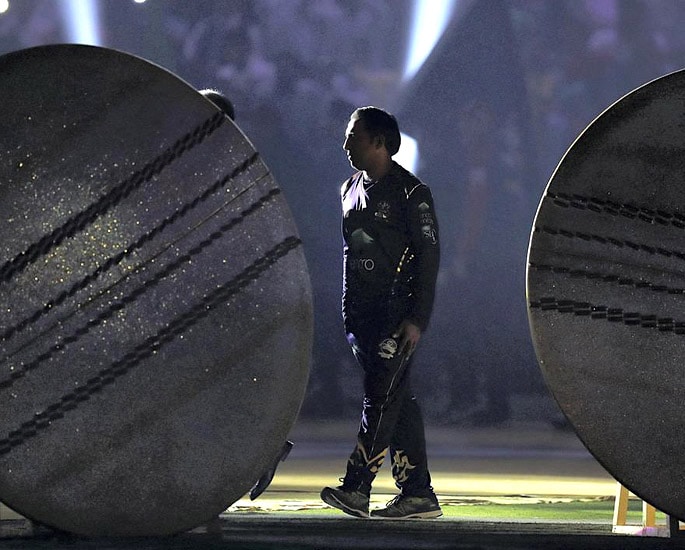 American rapper, Pitbull who was meant to headline during the night was a last minute drop out as he had a ‘technical issue with his flight.

Despite Pitbull not attending, spectators in the crowd enjoyed the opening night of the PSL. 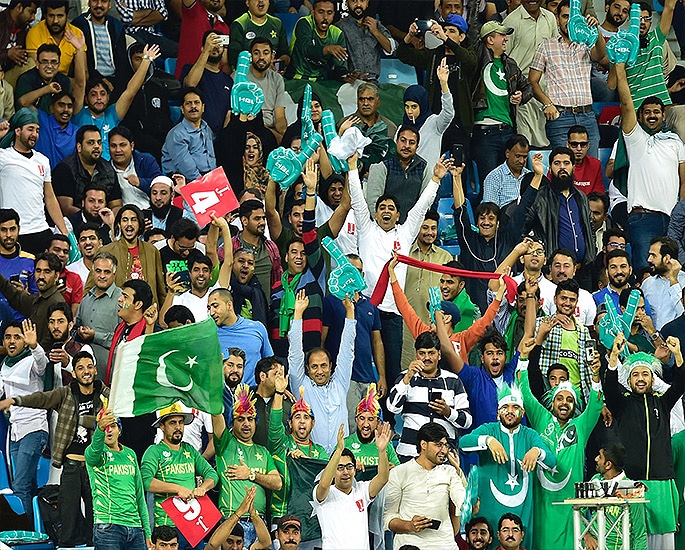 Six franchises that reflect the different cities of Pakistan compete in the tournament, battling for the ultimate prize.

Islamabad United are the defending champions and the most successful, having won both the first edition and 2018 event.

The opening ceremony was followed by the first match of PSL 4. United beat Lahore Qalandars by 5 wickets, courtesy of 59 runs partnership between Asif Ali (36*) and Faheem Ashraf (23*).

Similar to the opening ceremony and first match, organisers of the Pakistan Super League 2019 will be hoping the players will rock this annual tournament with more fireworks.