Fakhar Zaman was the man for Pakistan as they blasted India by a massive 180 runs to win the 2017 ICC Champions Trophy. DESIblitz highlights the final.

"I took my time to begin with, you look at the wicket and then play your natural game."

Pakistan flattened arch-rivals India by a huge margin of 180 runs to win their maiden Champions Trophy title at the Oval Cricket Ground on 18 June 2017.

Pakistan made a towering 338-4 in their allotted 50 overs. In reply India were bowled out for just 158 in 30.2 overs. Fakhar smashed an unforgettable century.

India went into the final as favourites. They demolished Pakistan in the opening Group B game.

After a slight hiccup against Sri Lanka, they came back strongly to beat South Africa and registered a superb victory against Bangladesh.

Ranked number 8, who could have thought Pakistan would be in the final. After losing to India they walloped South Africa, scraped through against Sri Lanka and then completely annihilated England in the semi-final.

India won the toss and decided to bowl first. 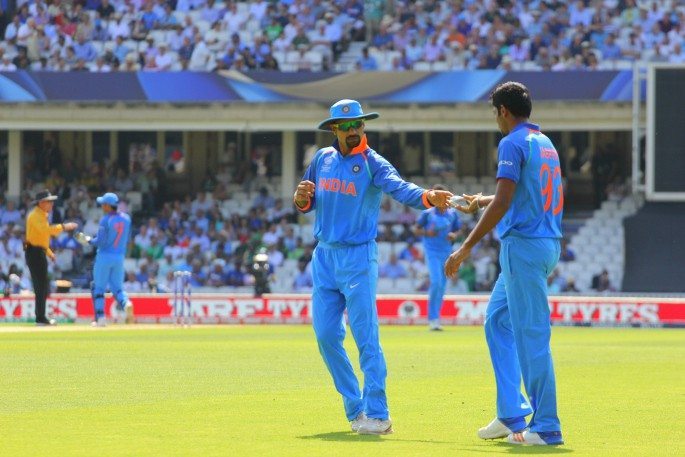 Team India making no changes went with the same side. It was a good surface at the Oval.

“Nice and hard wicket There’s a fresh wicket, even grass covering and we’d like our bowlers to exploit it. Then we like chasing. No matter the conditions, you have to play good cricket.

“One more effort to go. I’m sure the guys will give it their best shot. If you make the finals, you’ve played really good cricket. We don’t take oppositions for granted and today is no different. No matter what they bring, we are believing in our abilities.”

It was not bad toss to lose for the Men In Green, providing they got a good score, which their bowlers could defend.

In the previous six games at the Oval, the average first innings score was 267. 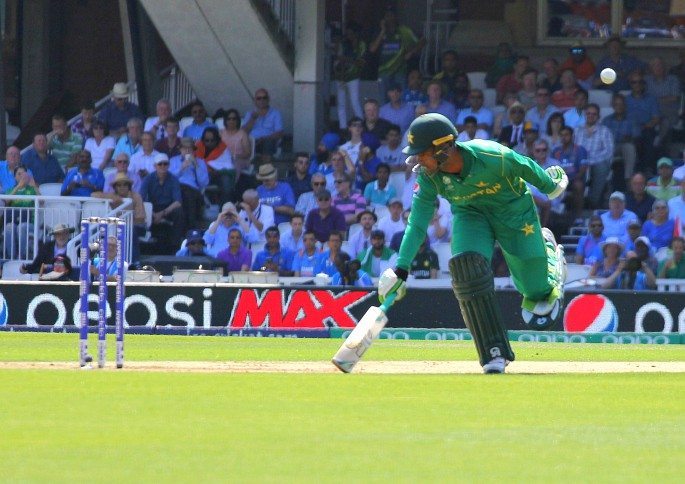 After recovering from injury, Mohammad Amir returned to the side, replacing last game debutant Rumman Raees.

It went Pakistan’s way early on, scoring 5 runs per over.

Pakistan got lucky with Fakhar Zaman nicking it behind off a no-ball from Jasprit Bumrah. Bumrah is always pushing the line. But overstepping on this occassion would prove costly later on.

In the 8th over, Azhar smashed a six, followed by the track Dil Dil Pakistan playing afterwards. Azhar Ali hit a boundary to fine leg as Pakistan brought up their fifty in the next over.

Despite a slow start, Zaman punched the ball straight down from an over pitched delivery by Bumrah.

With it being the warmest day of the tournament, the players took drinks at the end of the 17th over. 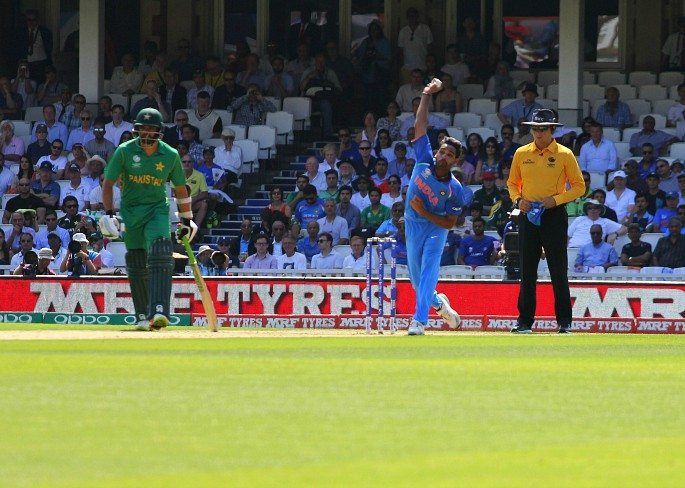 A little while later Fakhar hit key two key boundaries. First of all to bring his third consecutive fifty of the tournament and next the 100 for Pakistan. It was 14 years since the Green Brigade got back to back hundred partnerships.

As Pakistan were moving along nicely, the ball watching Fakhar run out his partner Azhar (59).

On his call Azhar did run to the other end, but Zaman remained virtually in his crease. As the camera showed a close up, you could just see the anguish on Azhar’s face.

Nevertheless it was a good opening and first wicket partnership of 128 by the Pakistan openers. This was Pakistan’s highest opening partnership versus India across all ICC flagship events.

Making the most of his earlier reprieve, Fakhar reached his maiden hundred in One Day International cricket off ninety-two balls. 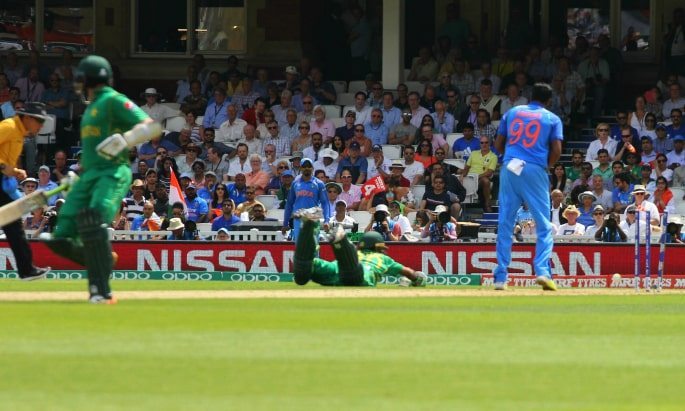 Hardik Pandya finally dismissed Fakhar Zaman for 114 to give India some momentary relief. Zaman slogged the ball as Jadeja took a brilliant catch running back from point.

Interestingly, Fakhar Zaman has scored 252 runs in his first four ODIs – this is the most by any Pakistan player in the same amount of games.

India briefly clawed their way back with two quick wickets.

Aiming high, Shoaib Malik fell cheaply for 12 as Pakistan started to prepare for the surge. Kedar Jadhav took a routine catch at deep cover off Bhuvneshwar Kumar to leave Pakistan on 247-3 in the 40th over.

A floater from Jadhav got rid of the dangerous Azam, 4 runs short of his half century. Babar chipped the ball straight down the throat of Yuvraj Singh at Long on. 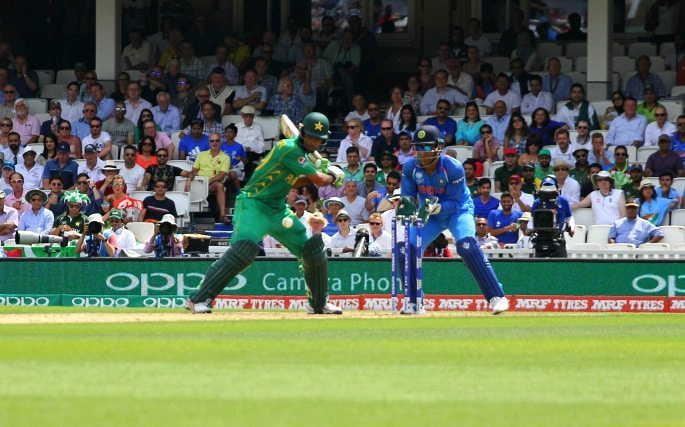 Surprisingly Mohammed Hafeez blasted an unbeaten 57 off thirty-seven balls. Meanwhile all-rounder Imad Wasim’s 25 not out powered Pakistan to 338-4 in 50 overs.

Speaking about his innings, Fakhar said: “I took my time to begin with, you look at the wicket and then play your natural game.”

This was Pakistan’s second highest ODI total against India. In reply, the Men in Blue were disturbed early.

Amir got Rohit Sharma out lbw for a Golden Duck. Amir dealt a further blow to Team India when its big fish Virat Kohli was caught at point by Shadab Khan for 5.

Furthermore, Amir derailed India’s chances when Sarfraz took a catch behind to knock Shikhar Dhawan for 21

Yuvraj Singh did try to fight back for India, but Shadab Khan managed to get him lbw for 21. 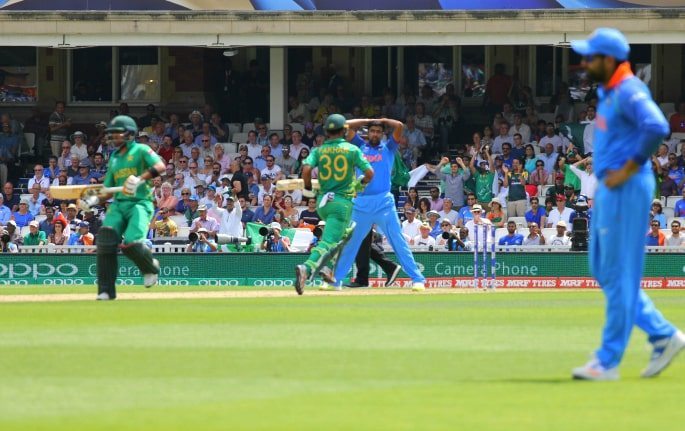 Hardik Pandya demonstrated guts and resilience with some excitable shots. Fighting a lone battle, he was eventually run out for 76 off forty-three balls.

As a result of pressure Ravindra Jadeja (15), Ravichandran Ashwin (1) and Bumrah (1) all fell cheaply. Finally Pakistan shot India all out for 158. Thus Pakistan won their first Champions Trophy title by 180 runs.

Virat gracious in defeat summed up the opposition mentioning:

“I want to congratulate Pakistan, they had an amazing tournament, the way they turned things around, speak volumes for the talent they have.”

“They proved it again, they can upset anyone on their day, disappointing for us but I have a smile on my face because we played well to reach the final. Credit to them they outplayed us today in all departments. This is what happens in sport. We can’t take anyone lightly but they were more intense and passionate on the day.”

Commenting on the special Fakhar Zaman and Pakistan’s triumph, a very happy Sarfraz told the media:

“We played very well and now we have won the final. [Fakhar Zaman] He’s a great impact player, in his first ICC event, he played like a champion, he can be a great player for Pakistan. All credit goes to my bowlers, Amir, Hasan Ali, Shadab, Junaid, Hafeez, they bowled really well.

“It’s a very proud moment for me and my country, and thanks to the nation for supporting us.”

Indeed, what a magical tournament ex-navy sailor and player of the match Fakhar Zaman has had. Since this was his first ICC tournament, fans have been chanting ‘Fakhar Humhein Tum Pe Fakhar Hai’ (Fakhar We Are Proud of You).

With no international cricket happening in Pakistan, this is a great achievement for the Green Shaheens.

DESIblitz congratulates Pakistan on their terrific win against India and being crowned 2017 Champions of Cricket. 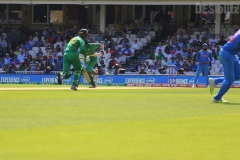 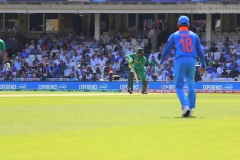 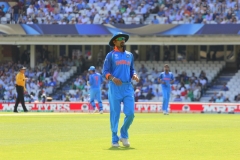 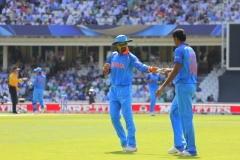 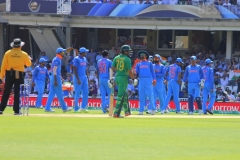 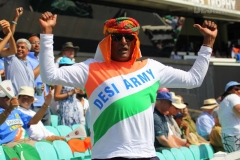 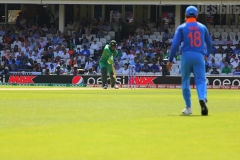 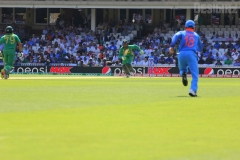 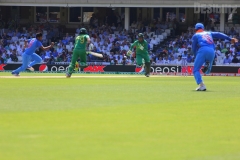 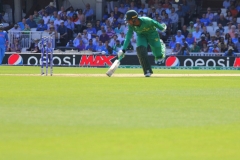 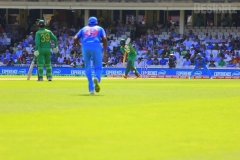 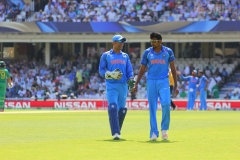 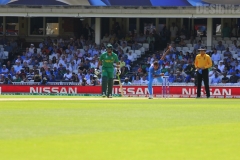 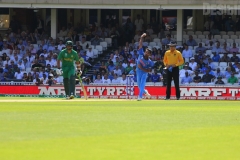 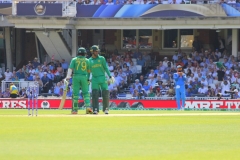 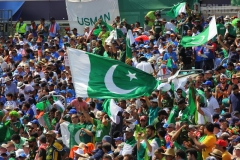 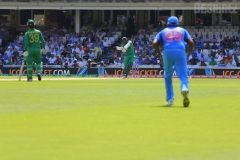 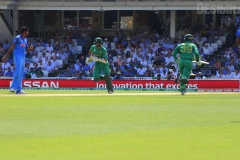 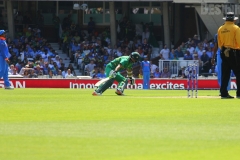 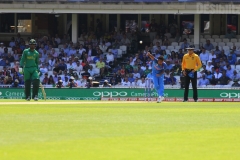