India play Pakistan in the dream final of the 2017 ICC Champions Trophy. DESIblitz previews the Mother of All Battles, along with the X-Factor players.

"For me the number of runs do not matter at this stage. I'm really enjoying the process."

The cricket match between the two arch-rivals featuring a number of x-factor players takes place at the Oval on 18 June 2017.

With India and Pakistan reaching the final, it has turned out to be more of an Asia Cup affair.

It is quite ironic that both teams which have made the final almost missed the tournament.

India did contemplate pulling out because of it’s ongoing difference with the ICC over the scrapping of the Big 3.

Meanwhile Pakistan barely made it, after finishing 8th in the ICC rankings to claim the final spot for the Champions Trophy.

Hence it does not get any bigger and better than India and Pakistan playing in the final of the Champions Trophy – a tournament at the core of uncertainty a few years back.

India will participate in their fourth Champions Trophy final. They were runner-ups in 2000. After co-sharing the trophy with Sri Lanka in 2002, they became champions in 2013.

Prior to the 2017 edition, Pakistan had never made it to the semi-final, let alone the final. 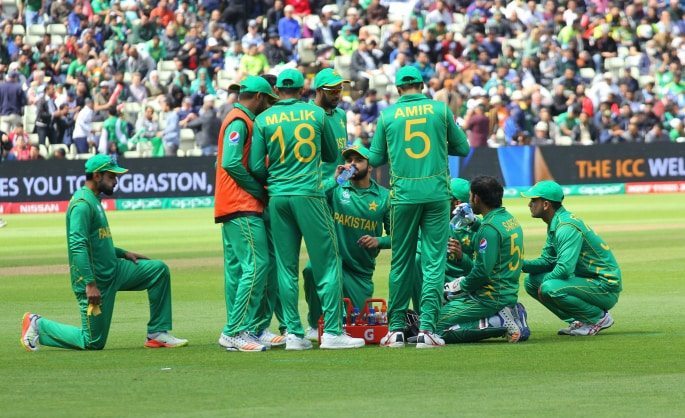 This is the second time when India will face Pakistan in a ODI event. In 1985, India beat Pakistan by 8 wickets in the World Championship of Cricket final. Is this a sign for all Indian fans? Can history repeat itself again after 32 years?

Fans from India and Pakistan hope to witness a fascinating final played at the home of their former colonial rulers. This is the first time the two teams will contest a final in England. Both set of fans want to see their side defeat their neighbours.

Fans have been reacting in the build to this high-voltage game.

Optimistic for the Men In Blue, one Indian fan spoke to the media saying: “India will again win the Champions Trophy and we will support them.”

Posting on social media, a Pakistan fan looking forward to this electrifying match said: “Playing India is a different kind of Excitement. It will be fun as Pakistan will win.”

There is no doubt that the Green Shirts will go into this game as the underdogs. Furthermore many analysts feel Team India will decimate Pakistan in the final.

India is a very well knit team. The rumoured rift between the coach and captain has made no impact whatsoever.

However just because India dominated the group game against Pakistan, they should not think the final will be a walk over. The beauty of cricket is in upsets. 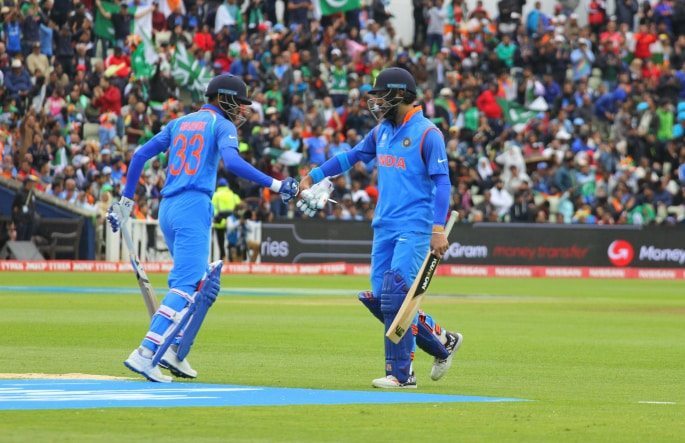 Thus India need to watch out for a rejuvenated Pakistan side. The Pakistan team is supercharged at the moment. They made England look pretty ordinary in the semi-final.

Pakistan’s journey will remind many of us to the 1992 Cricket World Cup, especially with Sri Lanka dropping Sarfraz twice in this tournament.

In 1992 the Green Brigade came back from the fringe, helped by a lot of luck and then some excellent performances. Is ‘Lady Luck’ with Pakistan this time round also?

At the moment India’s batting is looking much more stronger, solid and superior. Rohit Sharma has plenty of runs at the top of the order.

Yuvraj Singh and Mahendra Singh Dhoni have got some useful runs too, primarily in the round robin games against Pakistan and Sri Lanka. 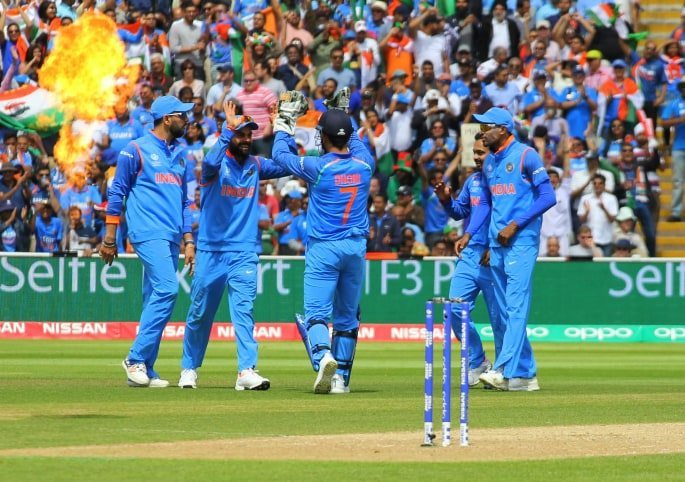 India has sent a strong statement of intent to Pakistan with such a flawless performance against Bangladesh in the semi-final.

Even though they played more calmly against England, Pakistan’s batting is still a little suspect.

End of the day like rest of the tournament, whichever side bats well in the middle of the overs, will win the day.

Coming to bowling the Pakistan attack is much better than any other unit India has faced so far.

Even some of the Indian players will find it a challenge to play against the Pakistan bowlers.

The Green Shaheens will aim to expose India’s middle order, which has not had much batting in the tournament.

Since Wahab going back to Pakistan, Junaid likely to play has been doing well and giving Pakistan more stability. He could prove to be key factor for Pakistan. 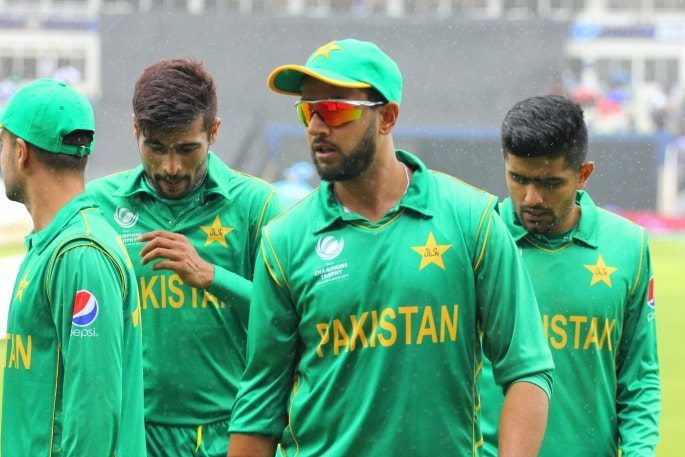 Depending on conditions, they may play or leave out Fahim Ashraf. Fahim will probably replace leg spinner Shadab if selected.

Pakistan may even play Rumman Raees who bowled well on debut against England in the semi-final.

There is still a possibility that India will bring in Mohammed Shami who often bowls extremely well against Pakistan.

With so much riding on this game, let’s highlight a combination of six x-factor players for the India versus Pakistan final. 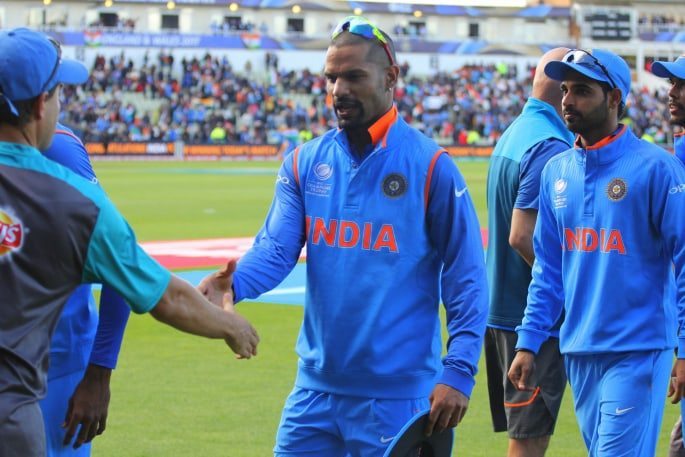 Shikhar Dhawan smashing bowlers to the stands has played some terrific shots in the entire competition. He knows how to control a match and is the highest run getter in the tournament.

Dhawan along with opening pair Rohit Sharma have made 766 runs in 9 Champions Trophy matches.

The in-form Dhawan can give the perfect platform to India and blow Pakistan away. 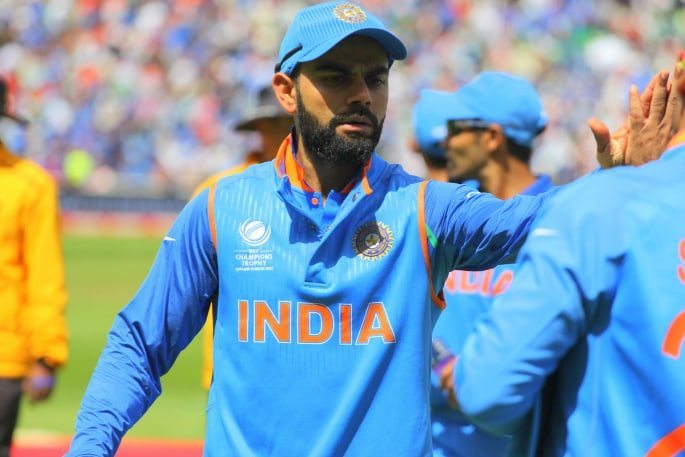 The timing that Virat has shown throughout the tournament seems effortless. He is proving to be an excellent captain, leading the side effectively.

Virat is a big player who likes chasing. His record while chasing is quite outstanding. He is the fastest in getting to 8000 ODI runs.

Whenever Kohli gets in against Pakistan, he goes onto make a big score. Virat commenting on his batting told the media: 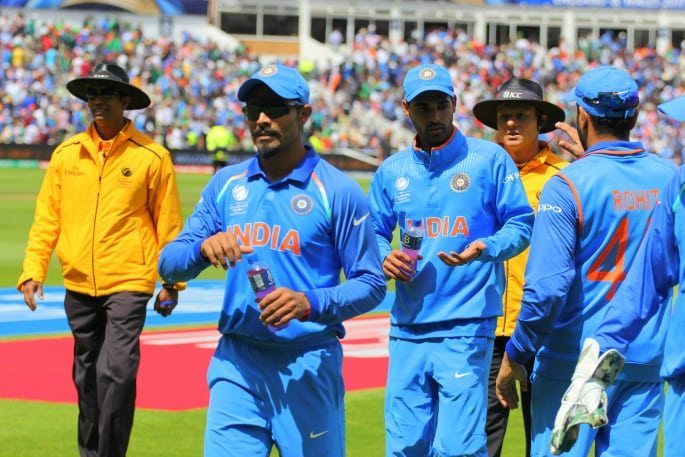 With a bowling average of 29.30 against Pakistan, Jadeja could pose a real threat to the Men in Green.

He has a knack of taking crucial wickets and breaking partnerships. Apart from his effective lower middle order batting, he brings a lot of energy in the field. He has one of the best throws in world cricket.

Fakhar hit the second fastest CT 50 for Pakistan – what a start to his ODI career! #CT17

With the inclusion of Fakhar Zaman, Pakistan’s top order looks much more potent.

Fakhar has already got back to back fifties in the knockout games against Sri Lanka and England. Not shy to play his shots, he is very dangerous, particularly on the off-side.

Zaman is also very quick, running between the wickets. With his name meaning ‘glory,’ Fakhar could be the man to grant Pakistan victory. 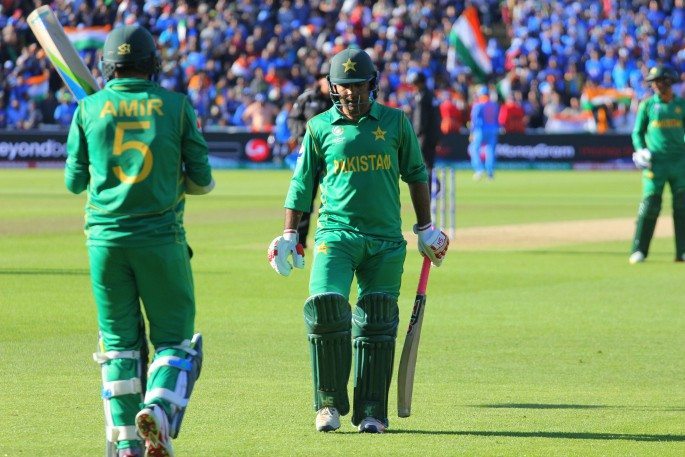 Amir has bowled his heart out in the competition. In the group match against Sri Lanka, Amir proved he is no mug with the bat.

Amir will be planning to replicate his lethal 2016 Asia Cup performance when he had India on 2-2. Since his comeback and to recover lost time, Amir is hungry for success. He is likely to play if fully fit.

Speaking of Amir and his fitness, captain Sarfraz Ahmed mentioned:

“Obviously he is our main bowler. He’s our best strike bowler. Hopefully he will recover.” 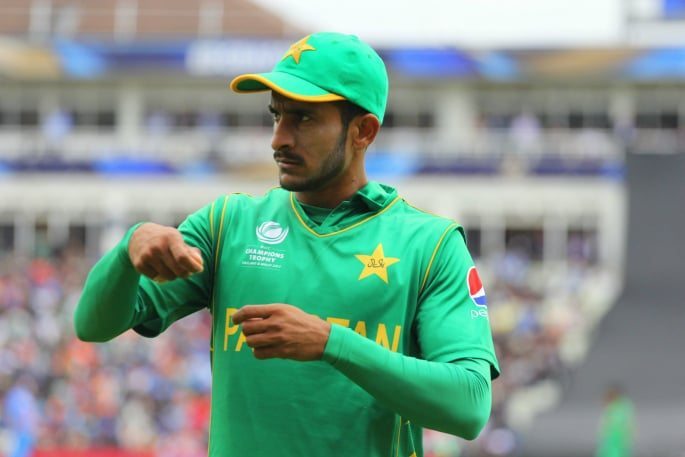 Whilst he had an off day in the group match against India, Hasan has transformed as a bowler.

Hasan is a skiddy bowler, who can bring the ball back in and has plenty of variations.

He can worry the India batsmen with his yorkers and slower deliveries. He is the leading bowler in the competition, with 10 wickets.

Besides the aforementioned players, Shoaib Malik and Hardik Pandya can play a huge part and influence the game.

Unlike the group game, cricket lovers will be hoping it is a cracking match, which goes to the wire till the 100th over.

With everything that has gone on in previous ICC tournaments, the match prediction is 60-40 in favour of India.

‘Dil Dil Pakistan’ or ‘Chak De India’ remains to be seen. May the best team win – Game On!