‘The Execution of Bhagat Singh’ by Professor Satvinder Singh Juss

DESIblitz exclusively speaks to Professor Satvinder Singh Juss on his new book – ‘The Execution Of Bhagat Singh: Legal Heresies of the Raj.’

“As a child growing up I learnt that words mattered."

With a life dedicated to law, human rights advocate, academic and Barrister, Professor Satvinder Singh Juss, has written what can only be described as a masterpiece – ‘The Execution Of Bhagat Singh: Legal Heresies of the Raj’ (2020).

This book, centring around the real-life trial of Bhagat Singh, pries your eyes open to a world full of deceit, occurring almost 100 years ago. Through this corrupted maze of mistreatment, three men lost their lives.

They lost their lives for the revolution and the independence of India.

Independence was reluctantly granted by the British 11 years after Bhagat Singh and two of his fellow political prisoners were hanged in the gallows.

But this book is intimate. With numerous pictures of unpublished pages, this historical account revolves around the court case pertaining to Bhagat Singh.

The obvious cases of malice, mistreatment and motley manners of those in charge of the court trial are retold through archival narratives.

The British allegedly introduced the Rule of Law into India. However, this account illuminates the ugly side of the judicial system attributed to those who defied British India’s rule.

But we also hear accounts of men with golden hearts. Their history and honour are resurrected with retellings of moving speeches, in an attempt to conduct a fair trial, regardless of the crimes held against Bhagat Singh.

“It is as if they were ashamed; as if they knew that they had not done right by sending three men to the gallows without due process and in the absence of a fair hearing – the right of every citizen of British India.” (Page 232).

All in all, this elegantly written and carefully researched book, which took Professor Juss two years to write, shines a new light on the folk legend – Bhagat Singh.

DESIblitz had the privilege of interviewing Professor Satvinder Singh Juss on the motivations of his new book: ‘The Execution Of Bhagat Singh: Legal Heresies of the Raj.’ 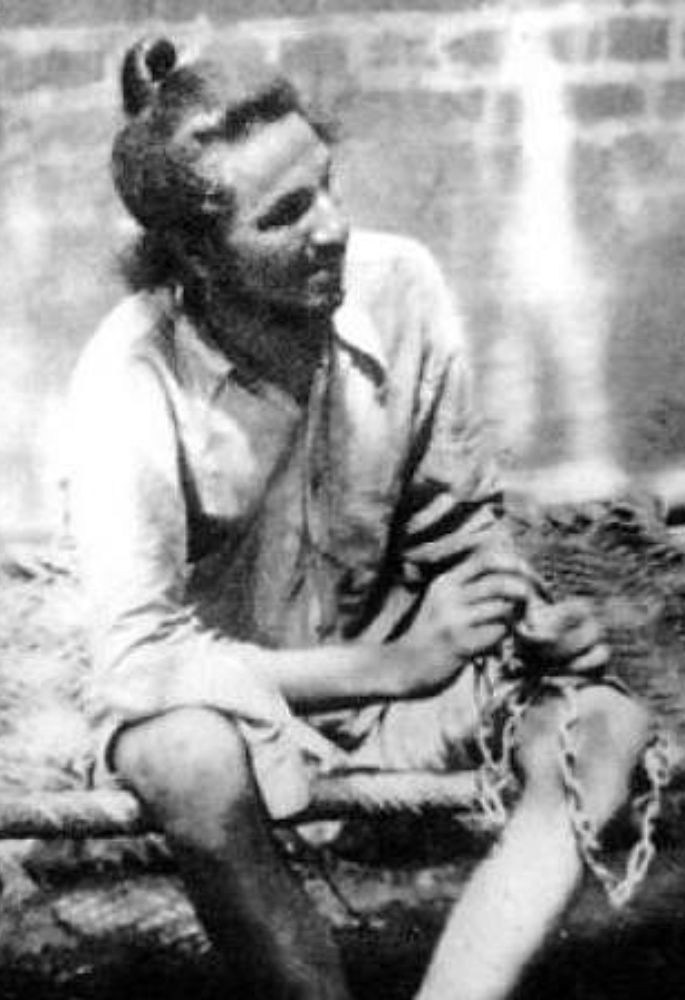 What inspired you to write about Bhagat Singh?

“Bhagat Singh’s fight for freedom (i) is part of Punjabi/Indian folklore; (ii) surveys have consistently shown that he is the most popular freedom-fighter in India, and (iii) he has been completely side-lined in mainstream Indian politics.

“He has now become a figure-head in both India and Pakistan for a rallying cry to reform the politics of the region, in the interests of the modern values of diversity, pluralism and tolerance.”

How did you conduct your in-depth research?

“In 2013 an article appeared, by Prof Chaman Lal of JNU, in the Hindustan Times pointed to the fact that 132 files lay concealed in the Punjab Archives in Lahore, which would shed new light on the story of Bhagat Singh.

“In 2000, Kuldip Nayar, who served as Indian High Commissioner in London, also referred to previously unexplored material in Lahore to which access had long been denied.

“There were rumours that one reason for this inaccessibility lay in the fear of Pakistani authorities.

“This would raise the complex question of ‘the Sikh problem’ – an issue which I found to have been completely baseless.”

Where did you find unpublished material relating to the case?

“There was a widespread view that materials existed in the Lahore High Court (to which access was denied), which I found to be incorrect.

“In the Punjab Civil Secretariat in Lahore, the heavily fortified nerve-centre of the province’s bureaucracy, which I found to be correct but where written permission was required for a select number of individuals, who could show sufficient cause before they were granted access.

“I found the materials there and was given privileged access, for which I shall remain forever grateful, to the Pakistani authorities.”

Did the book change your view on Bhagat Singh?

“Rather than change my view of Bhagat Singh, writing the book only helped ‘fortify’ what I had grown up hearing about the ‘revolutionary’ path to freedom, as against the Gandhian non-violent, non-cooperation policy with British imperialism, namely, that: 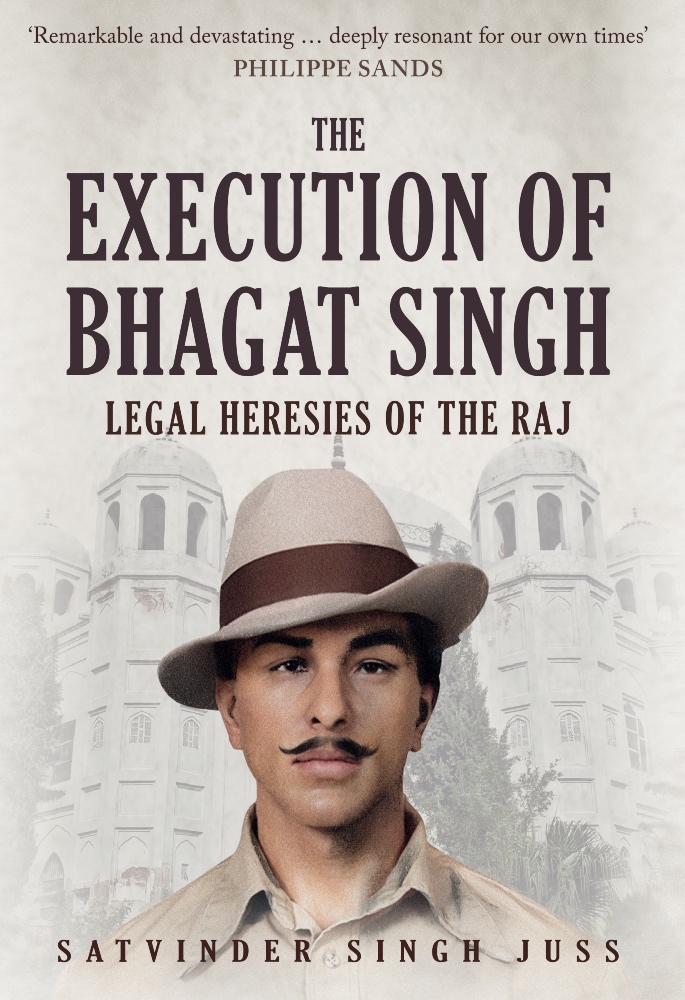 What surprised you the most from your research for this book?

“The fact that what I describe as ‘coercive colonial legalism’ was used to convict and hang three freedom-fighters, who would otherwise have gone free – and not least because with the removal of the only Indian Judge.

“Justice Agha Haider (whose descendant I was able to interview in Gujranwala in Pakistan last year), from the tribunal membership of 3-judges, there would have been a split-verdict of death by hanging.

“Only in the case of a Zulfikar Bhutto, was there a hanging on a split-verdict.”

Professor Juss has an astonishing career, dedicating his life for the rights of others. Apart from monumental movements, such as the Modern Slavery Act 2015, we wanted to find out more about him.

Professor Juss was a part of the reason the modern Slavery Act 2015 was passed. He continued to speak about how his work resonates with his personal morals.

“In the old days, freedom-fighters were invariably lawyers – Lawyer-Statesmen to be exact. Implicit in this status lay a vision in their outlook in the kind of fair and just society that wished to make after liberation.

“Many lawyers since then have mostly forgotten these ideals of a higher calling, that goes beyond bread and butter issues of making a living.

“I feel that it is important that, particularly at these highly precarious and uncertain times, we return to the idea of the lawyer with a vision for what society should be in the work that they do.”

When did you learn words had power?

“As a child growing up I learnt that words mattered.

“I tried to remember that it is part of intellectual morality to be utterly precise and clear even in the shortest sentences, and this is so most of all in matters of life, livelihood, and human dignity.

“I go by Rumi who said, ‘Raise your words, not your voice.  It is rain that grows flowers, not thunder’.”

Revealing which books inspire him the most, Professor Juss stated:

“Biographies of great men and women who against all odds achieved that which seemed impossible to achieve.”

What advice would you give budding writers?

“Read widely, write on something for which you have a passion, and research it through scrupulously.  When writing, write regularly and write first thing in the morning.”

‘The Execution Of Bhagat Singh: Legal Heresies of the Raj’ is a phenomenal read giving a rare insight into the judicial process during the last stages of British India.

Professor Juss writes with simplicity, allowing those without a background in Law to understand the professional terminology, and why certain actions were unfathomably unjust.

The author himself is timeless, making this combination expectational; a must-read.

‘The Execution Of Bhagat Singh: Legal Heresies of the Raj’ will hit the shelves in November 2020, but can be pre-ordered here.

Hiyah is a film addict who writes in between the breaks. She sees the world through paper planes and got her motto through a friend. It’s “What's meant for you, won’t pass you.”
12 Things to Know before Visiting Pakistan
Wildlife Photographer of the Year Competition 2020