Chetan Bhata’s 2 States has emerged as a resounding success at the Indian Box Office. But how much has his original novel translated on screen?

"2 States is quite close to me because the inspiration came from my own life."

Those who have read Chetan Bhagat’s 2 States will know how much charm the book has in terms of how the novel can make you smile, laugh and cry. Thus, readers have extremely high expectations of the cinematic version, and to a great extent, the film fulfils all of these expectations.

The chemistry of Krish and Ananya is not one that is instantly everlasting but blossoms over the course of the plot. When you first encounter these 2 characters (in the book or movie), you think that it is a mere college fling where the word ‘love’ seldom exists in the vocabulary of young, wild and free students. 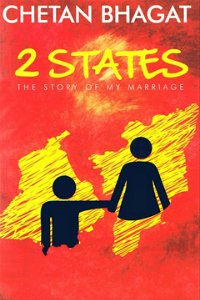 However, as the story progresses, you realise how Krish and Ananya are truly meant to be, irrespective of race and state. Alia Bhatt and Arjun Kapoor spark this same chemistry too, where in every still they are together, you can see the playfulness in their eyes but also how much their characters deeply care about each other, especially in the second half.

The turbulent relationship of Krish and his father leaves you guessing for a prolonged duration of the novel. One doesn’t find out what is the root cause of such poor relations until the latter portion of the novel and it is this suspense that keeps you reading on then finally ties in several elements of the novel.

Abhishek Varman, the director of 2 States decides to do the same. This retains the mysterious element of the plot and then finally bringing out a very powerful interaction between Arjun Kapoor and Ronit Roy, reinforcing how these truly were the best actors for these characters.

Chetan has done well to bring to life a story that an ordinary person can easily relate to, and as he explains much of the novel is autobiographical: “2 States is quite close to me because the inspiration came from my own life. The key plot points are from my life but there is fictionalisation and drama added as well. Hence, technically it is Krish and Ananya’s story in the book and I think the film has captured that quite well.” 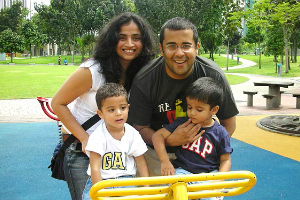 For students in India who go to institutions like IIM, one is exposed to people from all over the country. Thus, in the mosaic of cultures, it is extremely common for romance to happen between students of 2 different cultures. However, the biggest challenge for this romance is for it to translate into marriage.

After university, students tend to get jobs back home and long distance relationships can be difficult to maintain as well as even introducing the idea of intercommunity marriage to parents. 2 States defies the distance and expresses how, if a couple truly love each other, then there is nothing stopping them from continuing their relationship even after college.

In big cities in India, when 2 people work in the same company, then you can have romances occurring cross culturally. Let us not forget our own Bollywood which is a working sphere where chemistry has sparked between Punjabis and Tamilians.

More so than India, it is more likely to find Punjabi-Tamil relationships in the UK and America. The 3 biggest Indian community diasporas are Punjabis, Gujaratis and Tamils. As Chetan adds:

“I like to reach more Indians, and movies help me do so. The bigger the audience I have, the more likely they are to read my non-fiction columns on national issues or be interested in my views.”

A London born Punjabi reader of 2 States, Jas, believes: “2 States is the reality, even in London. I was in love with a Tamil boy and even though our cultures were so different, our understanding and affection for each other transcended cultural barriers. 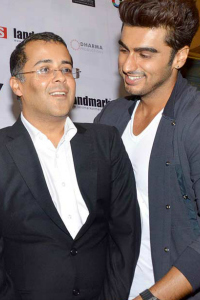 “We went to the same university together and studying medicine, we spent a strong 6 years together before it was the end of our university lives and it was time to bring this relationship into the light of our parents.

“However, like Krish and Ananya, we too faced several obstacles when getting married. From challenging how he was not fair to how simple a Tamilian weddings would be, my parents completely objected him, despite fulfilling the stereotypical Indian requirement of being a well earning doctor.

“Even his parents were not impressed that I did not speak Tamil, wear a Kanchipuram sari or know how to make Idli Sambar. You would think that in this day and age, in London too, marrying someone from the same country would be suffice but sometimes that even falls short!”

People talk about marrying in the same culture. However, 2 States makes you wonder whether it is more important to marry someone of the same culture because they think they will understand you best or marrying someone you love who already understands you best.

When Krish questions his mother about her marrying a Punjabi but that not being a happy marriage, it makes you realise that there is something even greater than marriage within a culture; true love.

Sonika is a full-time medical student, Bollywood enthusiast and lover of life. Her passions are dancing, travelling, radio presenting, writing, fashion and socialising! “Life isn’t measured by the number of breaths taken but by moments that take our breath away.”
Rani Mukerji marries Aditya Chopra in Italy
Arjun & Alison a British Asian thriller