2017 Champions Trophy Clash of the Titans ~ India vs Pakistan

Arch-rivals India and Pakistan play each other in the Group B cricket match of the 2017 Champions Trophy. DESIblitz previews the high voltage clash.

India faces Pakistan in the Group B cricket game of the 2017 Champions Trophy on 04 June 2017 at Edgbaston Cricket Ground in Birmingham.

Both teams kick off their Champions Trophy campaign with this pressure match. With the ICC scheduling this game in the first week, they can create a big hype for the entire tournament.

Whenever anyone thinks of India and Pakistan cricket, the traditional rivalry is what comes to mind.

When they play each other on the cricket pitch, it’s not just the two nations, but also the entire world eagerly awaiting this intense encounter. This match supersedes every other game.

Leading up to the match, there is a lot of excitement and enthusiasm amongst the cricket fans and players.

Millions of people will be glued to their TV sets or go online to watch this high-octane game.

Both teams will play against each other after some time, as they have not played any ODI bilateral series since 2012/2013. They always end up playing each other at ICC events.

In ODI competition, they last met each other during the 2015 World Cup held in Australia and New Zealand. India won that match comfortably by 76 runs in Adelaide.

This is the third time they will be playing a ICC Champions Trophy group game at Edgbaston. The arch-rivals have previously won one game each at this ground.

The pitch at Edgbaston will support batting to a certain extent, but there will be a little bit of help from the wicket for the bowlers too, especially early on. It also depends on the weather conditions, which will determine the way the pitch behaves.

Watch this promo video for the ICC Champions Trophy 2017 match: India vs Pakistan:

Players from both sides are down playing the rivalry and taking it as “just another match.”

Former players have started to voice their opinion on the game. Pakistan great and Chief Selector Inzamam-ul-Haq feels the Green Shirts are playing well and can beat the Men in Blue.

However speaking of the enormous gap between the two teams and the likely outcome, Indian legend Sourav Ganguly said:

“In the last 8 to 10 years there has been a massive difference in the quality between India and Pakistan and that has been one of the major reasons why India has continued to dominate Pakistan (in ICC events).

“I believe India will do it again in the Champions Trophy in Birmingham on the 4th of June.”

With everyone anticipating The Mother of All Games, lets preview both teams: 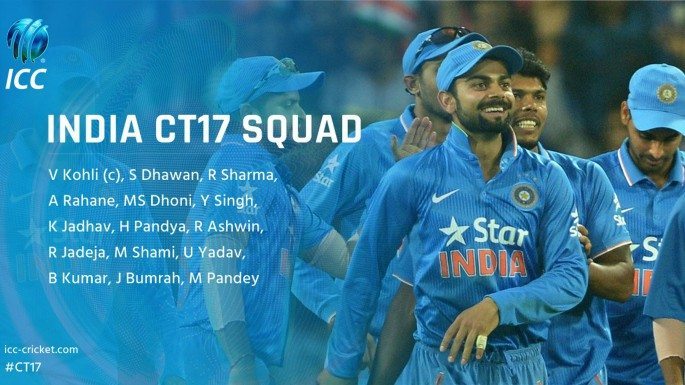 On paper India is the stronger team as they have depth in their batting line up.

Team India will go into this match with the momentum as they beat Pakistan by six wickets at Eden Gardens, Kolkata in the Super 10s of the 2016 World T20 Group 2 match.

Prior to that, in the 2013 Champions Trophy Group B game at Edgbaston, India defeated Pakistan comfortably by eight wickets.

India will rely on their captain and pillar Virat Kohli to steer his side to triumph.

He made a phenomenal debut for India in the 2000 edition held in Kenya and participated in all tournaments until 2006, before missing the 2009 and 2013 competitions. 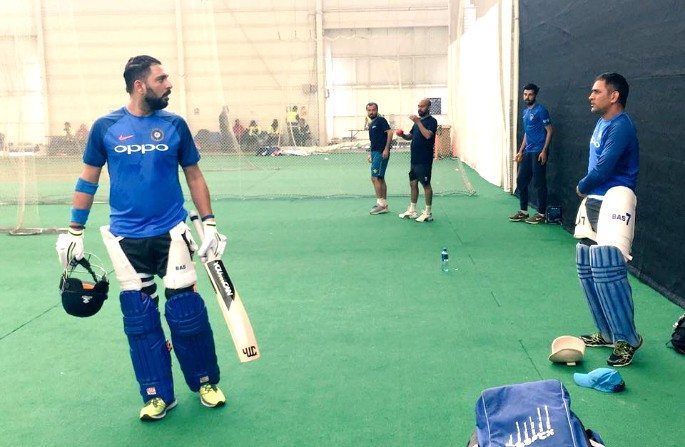 Right hand batsman Kedar Jadhav is a good find for India. He already has two hundreds to his name and is averaging 55+ in ODI cricket.

All-rounder Hardik Pandya is also very handy in the lower middle order and more than capable of taking a few wickets.

Talking ahead of the big match, Pandya said: “We all know that India v Pakistan is a big game but the preparation will be the same as it was for this match.

“We have prepared. We have done our hard work and everything is covered. Pakistan have a quality line-up of batting and bowling as well though, so it will be a really, really good game.”

Mohammad Shami in full fitness and rhythm can pose a real threat to the Pakistan batsmen. Shami took 3-47 in the warm up win against New Zealand.

Jasprit Bhumra also bowls well in the death and can prove difficult for Pakistan.

Ravichandran Ashwin will try to bamboozle the Men in Green with his off spinners. Ravindra Jadeja is another option in the spin department. 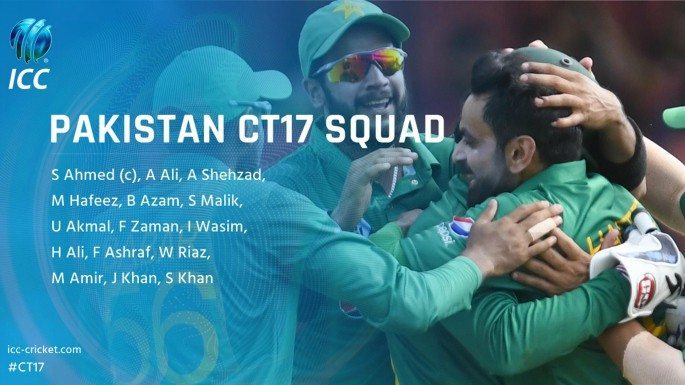 It is difficult to predict how Pakistan will perform, but they can do anything at anytime.

Pakistan edges India 2-1 in the head to head in the ICC Champions Trophy. Pakistan beat India by 3 wickets at Edgbaston in the Group C game of the 2004 ICC Champions trophy.

The Green Shaheens also came on top at SuperSport Park Centurion, South Africa during the 2009 ICC Champions Trophy. In the Group A match Pakistan had beaten India by 54 runs.

Pakistan will depend heavily on there bowling department, particularly Mohammad Amir, Wahab Riaz, Hasan Ali and Junaid Khan. Riaz is struggling at the moment with form and a knee injury.

For the first time against India, Pakistan has the option to unleash super talented leg spinner Shadab Khan from Mianwali. The families of Pakistan legendary cricketers Imran Khan and Misbah-ul-Haq are also from the same city.

Pakistan’s frail batting will have to click whether they bat first or second to have any chance in this game. They need to improve their batting strike rate. 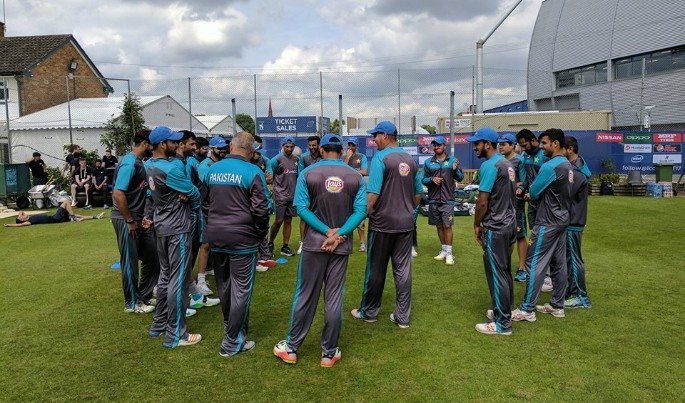 Young batsman Babar Azam who became the joint fastest to reach 1000 runs is another dangerous player for Pakistan.

Looking ahead to the game and commenting on his strategy, Zaman said:

“Every player of the team is excited for the match against India, it’s a big game and the boys want to win this match.”

“I want to give my best in the match; everyone wants to perform against India. I don’t have any particular bowler as my target and I will play every ball according to merit.”

The selections of Faheem Ashraf and Imad Wasim are key to providing fire-power down the order.

Ashraf will take confidence after scoring 64 off 30 balls (213.33 strike rate) in a successful run chase of 341 against Bangladesh in the warm up match.

One thing is for sure that this will be a high profile match. Both teams will be under pressure to perform. After the sunrises, whichever team handles the pressure the best, will eventually win.

The India vs Pakistan fixture will be the 4th match of the 2017 Champions Trophy. The match starts at 10:30 am British Standard Time.