Panjab FA shows its Valour and Skill against England C

In a heroic performance, Panjab FA gave the England C team and the English Football Association a close-up view of Asian footballing talent.

“The game celebrates inclusion, diversity, and opportunities for Asian footballers in Britain.”

On May 28, 2017, Panjab FA took on England C in what could be a defining match in football.

Panjab FA are the first South Asian national team to compete against an England representative side.

Club scouts and English FA members were among those in attendance for the huge occasion at Damson Park, Solihull.

Could the team, who represent the worldwide Panjabi community, finally show the true potential of British Asian footballing talent?

DESIblitz explains how Panjab FA fared on this huge occasion and asks whether it can trigger the rise of British Asians in football. 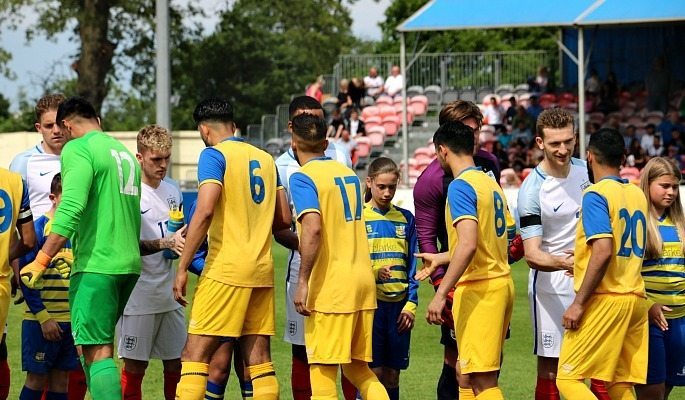 Panjab FA began the game brightly, much to the delight of the 1500 watching supporters.

Gurjit Singh fired an early effort over, before coming even closer minutes later. Rajpal Virk released the Panjab striker who cut inside and curled a shot just over the crossbar.

Despite the bright start from Panjab FA, England C looked to have won a penalty. James Alabi went down after going around Ash Malhotra in the Panjab goal. But, instead, the referee booked Alabi for simulation.

Panjab, though, suffered a blow in the 29th minute when their influential captain, Amarvir Sandhu, came off injured. While Sandhu was down, Darren McQueen headed straight at Malhotra after Alabi headed David Ferguson’s deep delivery back across goal. 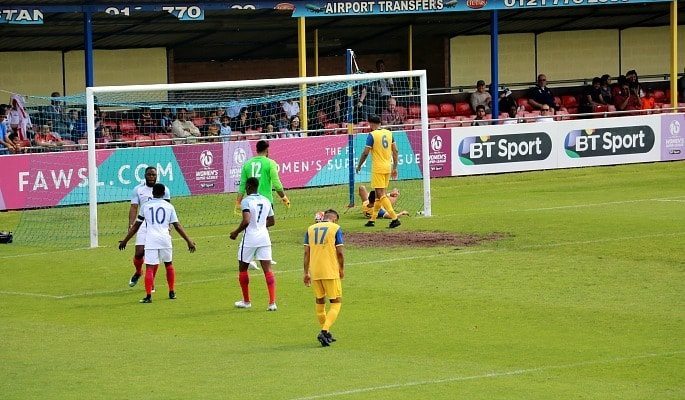 But he didn’t have to wait much longer to put his miss behind him, as the England forwards combined again.

Alabi’s through ball allowed McQueen to race clear of the Panjab defence and delicately chip over the onrushing Panjab goalkeeper with just enough pace to take it over the line before Jhai Dhillon could get to it.

England with the narrow advantage at the halfway point, but Panjab were soon back in it. 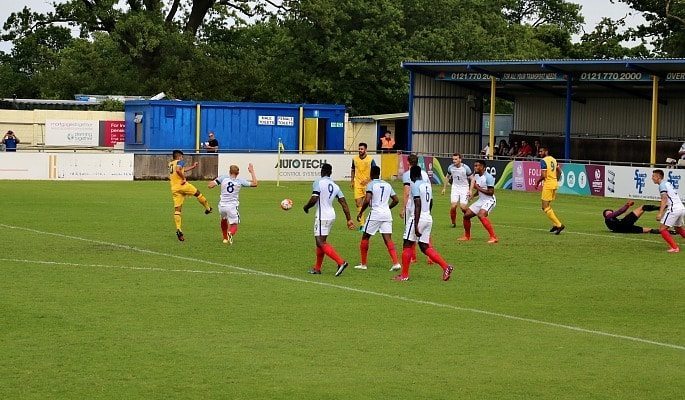 Ryan Croasdale cynically brought down Virk in a dangerous position ten minutes after half-time. James Montgomery parried Gurjit’s free kick, only for it to fall back to Virk who lashed it into the net.

England, though, didn’t have to wait long to regain the lead as McQueen put them back ahead in the 62nd minute.

Ferguson’s low driven cross was met by the England striker and the ball ended up in the net after taking a deflection off Dhillon. And that’s how it ended, Panjab FA 1-2 England C after a closely contested match. 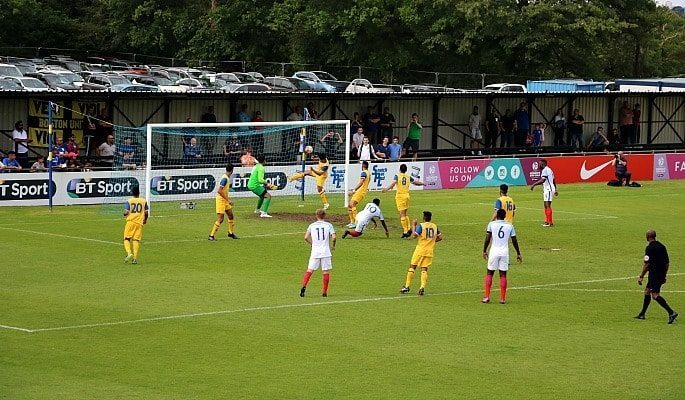 What could this mean?

Both teams received warm applause from a satisfied crowd as they went down the tunnel after the full-time whistle.

And although two goals from Darren McQueen denied Panjab FA a famous victory over England C, the game was always about more than just the result.

Speaking before the landmark match, Amarvir Sandhu, said: “The game celebrates inclusion, diversity, and opportunities for Asian footballers in Britain.”

The Panjab players certainly seized their golden opportunity to impress. Players in blue and yellow were showing every bit of their determination and fight to everyone in attendance. They restricted England to little time and space on the ball with their aggressive, high pressing.

The Football Associations Head of Leagues and Clubs echoed the words of the Panjab FA captain. Laurence Jones also said before the game:

“Enabling talented players from every diverse community to play in a match like this, is just one of the ways we hope to make football truly a game for all.”

Panjab FA have shown that they, and Asian footballers as a whole, can compete at a high competitive level, and this match could well be the start of a new footballing era.

With plans in the pipeline to play against a number of U23 sides, including that of a Premier League side, these are exciting times for Panjab FA.

But the question everybody will be asking now is whether the footballing world will take more notice of British Asian players. The brave Panjab performance against England C certainly suggests that they deserve their chance. 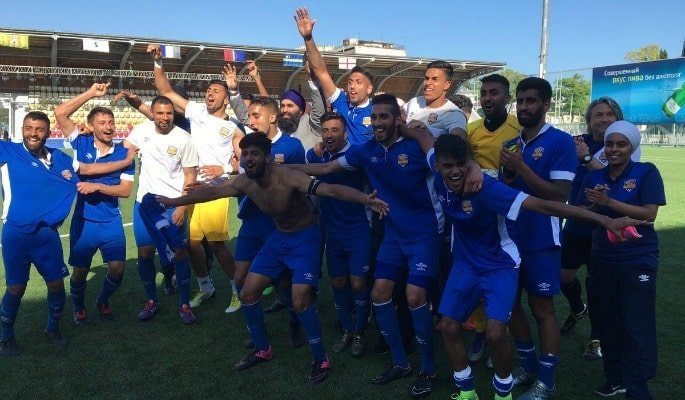 Panjab FA are world silver medallists after reaching the final of the 2016 ConIFA World Cup in Abkhazia. They were cruelly denied victory by a penalty shootout after conceding a late goal against the host nation.