The Panjab FA journey to the ConIFA World Cup Final

The Panjab National Football Team, have returned from the 2016 ConIFA World Cup as heroes. DESIblitz brings you the details of their incredible tournament.

It has been a truly incredible journey in such a short period of time for everyone involved with Panjab FA.

In a landmark event, the UK based Panjab National Football Team were a part of the 2016 ConIFA World Championships in Abkhazia, Russia.

This was the first time that the estimated 125 million Punjabis, who are living around the world, have been specifically represented.

The British based team is made up of British Punjabis from all around the UK, and they represent the Panjab region of India and Pakistan. They team became the newest member of ConIFA when it was accepted in April, 2014.

Panjab joined 11 other teams in the latest edition of the World Football Cup which ran from May 28 to June 6, 2016. Players, coaches, and everyone involved with the national team travelled to Abkhazia with confidence.

Before the tournament kicked off, Harpreet Singh, the chairman and founder of Panjab FA, said: “Let’s show the world that Panjab, and the Panjabi people, can reach the summit of football and sport.”

22 year-old Panjab FA winger, Aaron Dhillon, added: “With the team we have, we are in it to win it and become world champions.”

Their confidence was well placed too. Panjab were one of the two competing teams in the final of the 2016 ConIFA World Cup. But could they really go all the way? 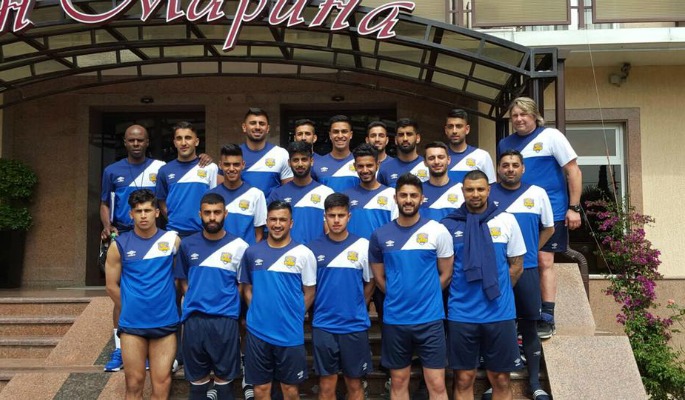 The tournament consisted of 12 teams who were separated in to four groups of three. Panjab were drawn in to Group D alongside Somaliland, and the 2014 tournament hosts, Sapmi.

Former Blackburn Rovers, and English Premier League star, Morten Gamst Pedersen, was the coach of the Swedish Sapmi side for the competition. His team thrashed Somaliland 5-0 in the Group D opener.

Panjab then faced Pedersen’s team in front of the beautiful Caucasus mountain range, in a match which was sure to determine the group winner. An early strike from Kidderminster Harriers striker, Gurjit ‘Gaz’ Singh proved to be the difference and earned his side a 1-0 win.

Amar Purewal scored a hat-trick to help Panjab to a 5-0 victory over Somaliland in their final group game. 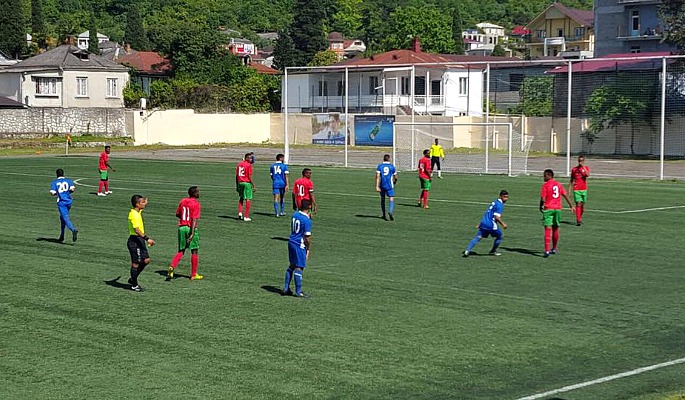 Their two victories meant that they topped their group in style, and had secured a place in the quarter finals of the tournament.

Any defeat from this point on would eliminate Panjab from the 2016 conIFA World Cup.

As a reward for topping Group D, Panjab were drawn against the second placed team from Group A. Western Armenia finished behind the host nation, Abkhazia, after a 1-0 defeat.

However, their quarter final opponents had recently beaten the Chagos Islands 12-0 in the group stage. Western Armenia were the highest scorers, and Panjab were yet to concede a goal, which would give way? 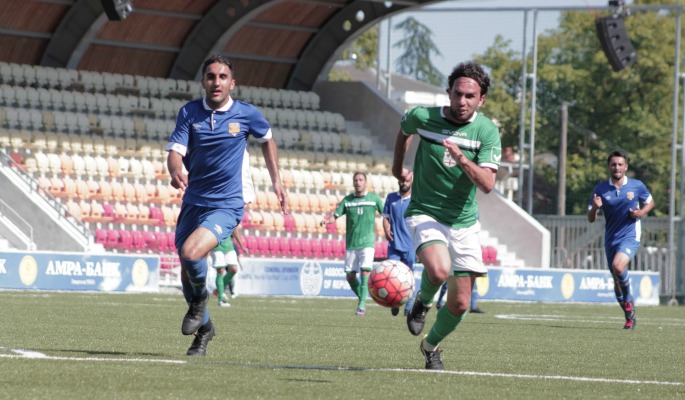 Two of the other quarter final matches were decided by a penalty shootout, but Panjab vs Western Armenia was the real thriller.

Panjab raced into a 3-0 half time lead thanks to another hat-trick from Darlington FC striker, Amar Purewal. But two Western Armenia goals led to a frantic final 10 minutes.

They could not find a third though, and so, Panjab FA were through to the semi-finals of the competition. After the match, Panjab’s 20 year-old captain, Amarvir Sandhu, said:

“Our manager told us to start defensively, so we did not expect to go three goals up so quickly. Then we just had to hold on.”

Sandhu and his team were to face Padania in the semi-finals, after they overcame Kurdistan on penalties in the previous round.

A large crowd watched a tense first half, with few chances, at the 4300 capacity Dinamo Stadium in Sukhum.

Padania began the second half much brighter though, and crafted out several decent opportunities.

But it was Panjab who scored the crucial only goal of the game. Mohammed Omar Riaz headed in after Amar Purewal’s chipped effort bounced back off the crossbar. 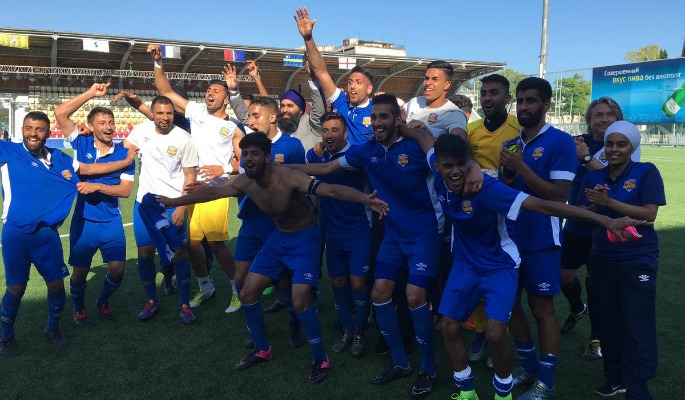 After a Padania red card, and some unsavoury clashes between the players, the referee blew for full time. Panjab FA were in to the final of the 2016 conIFA World Cup.

Panjab FA were to play Abkhazia in the final for the honour of becoming World Champions outside FIFA.

The host nation were yet to concede a single goal in the tournament, while also scoring 14 on their way to the final.

The Dinamo Stadium was packed with fans roaring on the Abkhazia team, but they watched on as Panjab began the better. 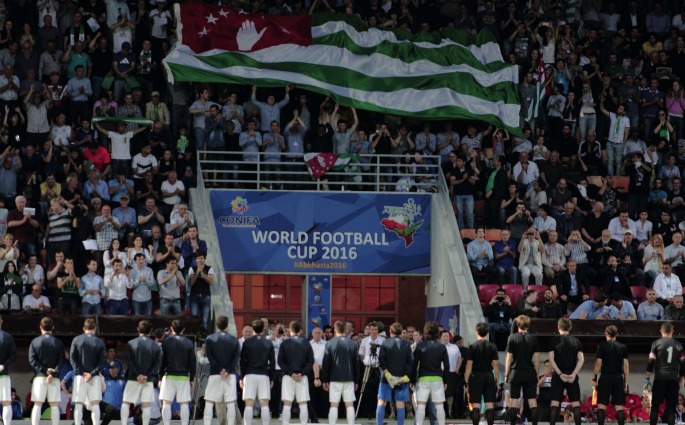 Just five minutes in, the in-form striker, Amar Purewal, looked clean through and sure to give his team a dream start. He was brought down by what looked like the last Abkhazia defender, but only a yellow card was shown.

Panjab’s goalkeeper, Raajan Gill, did brilliantly to give Abkhazia players little to aim for in two one-on-one chances as they blazed both over the bar.

Both teams were defending resolutely and restricting their opponents to long range efforts. But Panjab’s top scorer only needed one chance to score the first goal against Abkhazia in the competition.

Purewal was played in beautifully by Omar Riaz before sinking in to the top corner of the Abkhazia net. Panjab 1-0 Abkhazia. 30 minutes to go. 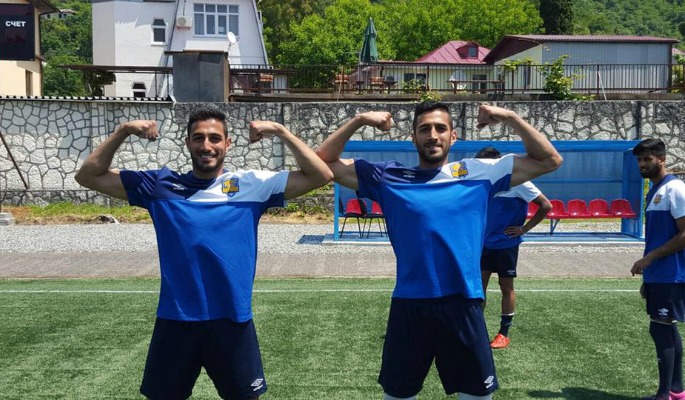 Abkhazia threw men forward in search of an equaliser, as the crowd roared them on fiercely. The pressure was growing on Raajan Gill’s goal.

There were just minutes to go before the final whistle when Abkhazia’s Ruslan Shoniya bundled home from five yards after an inch perfect cross from the right. Panjab 1-1 Abkhazia.

It was heartbreak for Panjab. But, as there is no extra time in the competition, the match went to penalties, and anything could happen.

An Abkhazia player then struck his penalty against the outside of the post to leave Panjab leading the shootout by two.

Victory was one ripple of the net away, and within sight for the UK based team. But unfortunately, Karum Shanker and Jhai Dhillon saw both of their respective efforts saved. 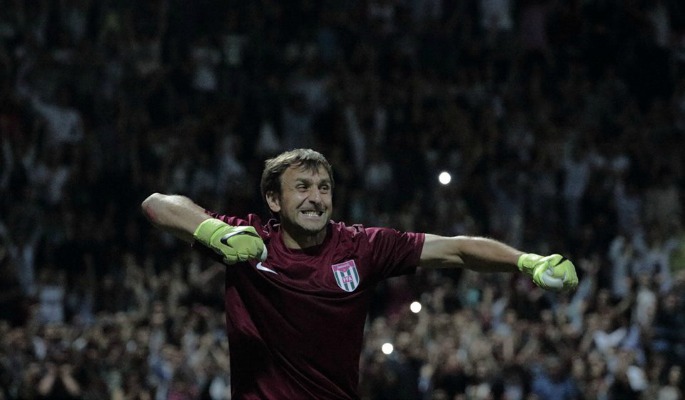 Abkhazia meanwhile, put both of theirs in to the back of the net to send the shootout in to sudden death. Aaron Minhas had his penalty stopped before the next Abkhazia player held his nerve to strike his penalty home.

Abkhazia won the 2016 ConIFA World Football Cup final 6-5 on penalties after twice looking out of the game against a spirited Panjab FA.

Only in 2014, Panjab FA were holding their very first trials on a boggy park pitch in the West Midlands, UK.

Just two years later, they were on the brink of winning the 2016 ConIFA World Cup and from becoming world champions outside FIFA.

It has been a truly incredible journey in such a short period of time for everyone involved with Panjab FA. This is certainly not the end, but rather, it is still the beginning.

To find out more about the Panjab FA journey before they competed so admirably in the 2016 ConIFA World Cup, click here.