Priyanka Chopra and Deepika Padukone both made a statement on the red carpet with their outfit choices at the Met Gala 2019.

it was her silver spiked crown which caught everyone's attention.

The prestigious event is annually held at New York’s Metropolitan Museum and comes with a theme.

2019 was based on Notes on Camp, an essay written in 1964 by American author Susan Sontag and the theme was called “Camp: Notes on Fashion”.

This resulted in some memorable outfits and this includes Priyanka and Deepika.

Hollywood A-listers, musicians and models went for fashion choices that ranged from the glorious to the bizarre.

There were walking chandeliers and elaborate headgear as each star showcased their own interpretation of camp.

Both Priyanka and Deepika have made Met Gala appearances in the past, however, 2019 may be their most stunning. 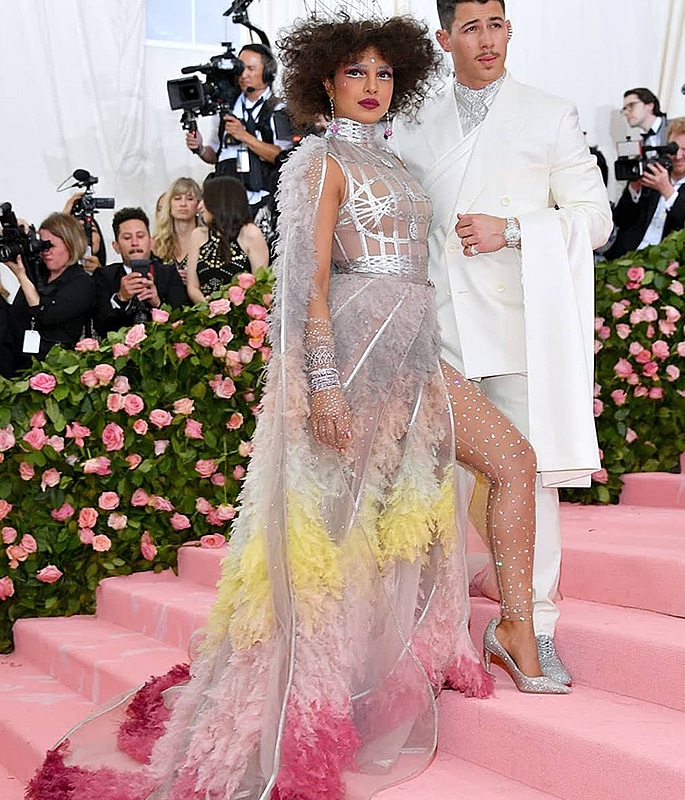 Priyanka, who made her third Met Gala appearance arrived hand-in-hand with her husband Nick Jonas.

The actress made heads turn since her debut in 2017 and upped the ante with a sheer silver custom-made Christian Dior gown. She also played the theme with colourful feathers and a high leg split.

She also had silver-frosted eyebrows and lashes. The actress finished her makeup look with dark burgundy lipstick. 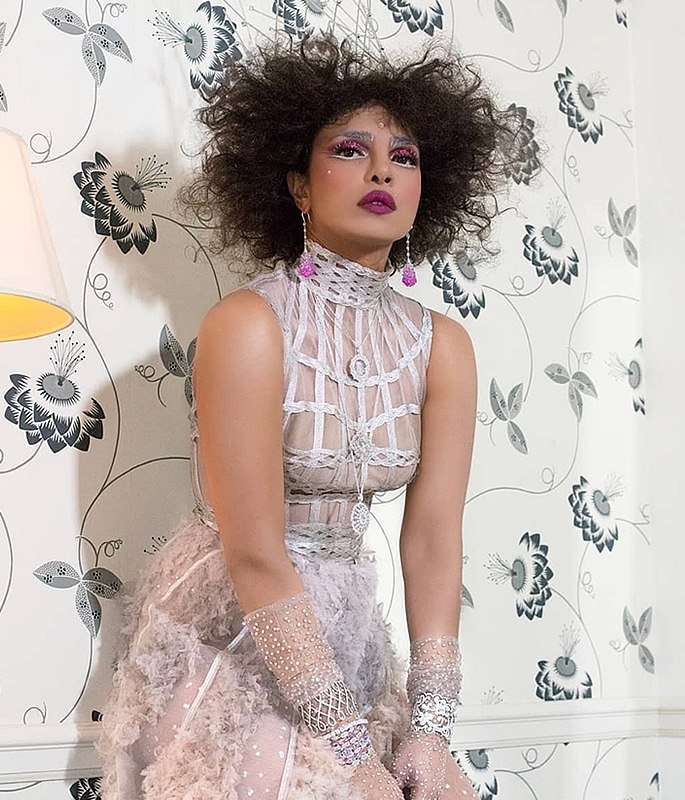 Priyanka had her hair styled in voluminous back-combed waves. However, it was her silver spiked crown which caught everyone’s attention.

People went for extravagant accessories but Priyanka’s headgear was one step above.

She completed her outfit with a pair of metallic silver heels, purple drop earrings and multi-layered pendants by Swiss brand Chopard. Priyanka was styled by Mimi Cuttrell. 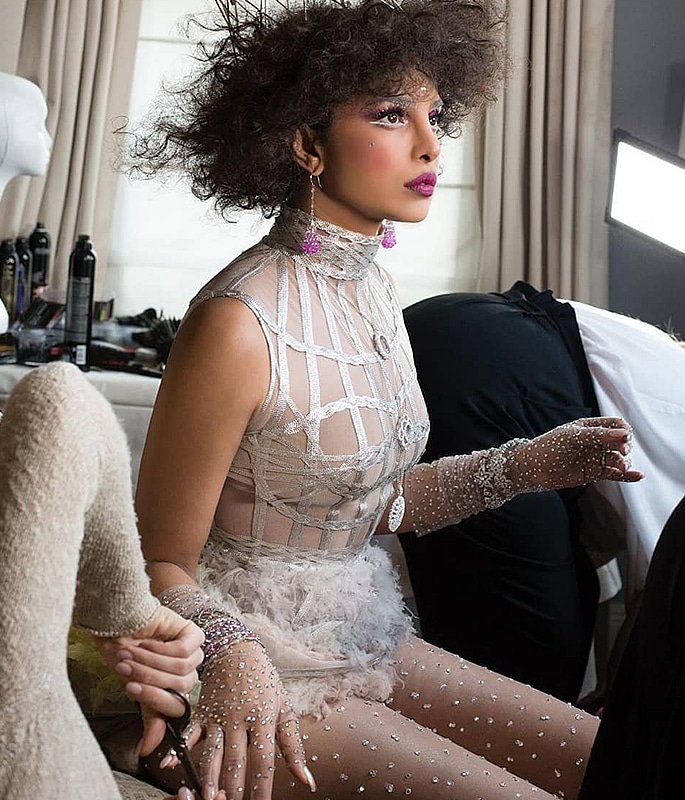 Her husband Nick sported a white suit over a bejewelled shirt and tie. Nick also went for shiny metallic shoes and luxury jewellery from Chopard.

This included a necklace, ring, and watch set in white gold.

Her Bollywood colleague Deepika Padukone also made an impact with her outfit. 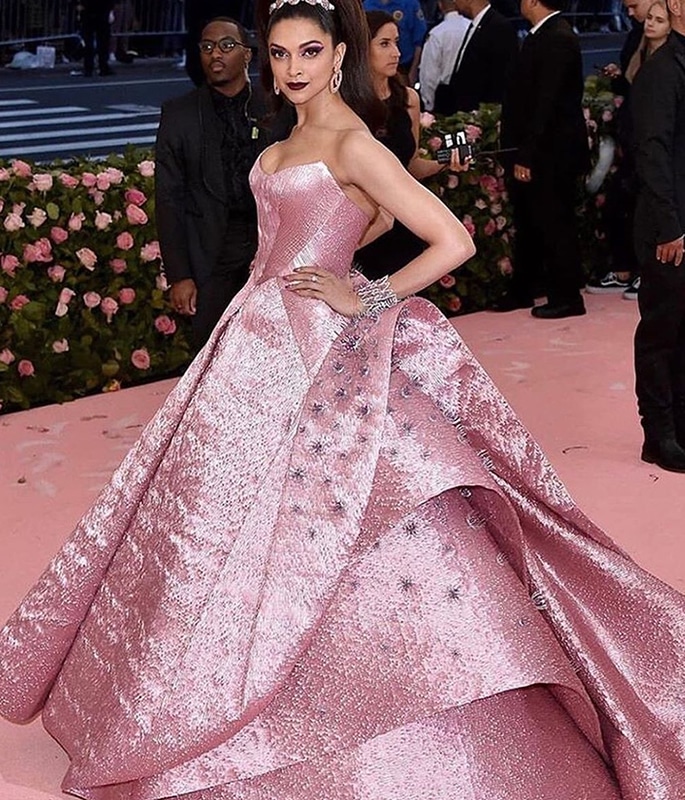 Deepika, who played it safe during her last two appearances went for a bold look for 2019.

The actress went for a Zac Posen custom pink gown by Jacquard embellished with 3D printed pieces which resembled embroidery.

She added drama to her look with a high ponytail and adding a little sparkle with a bejewelled pink hair band.

Deepika also went for burgundy lips and purple eye make-up. She finished her look with a pair of diamond earrings and a cuff. 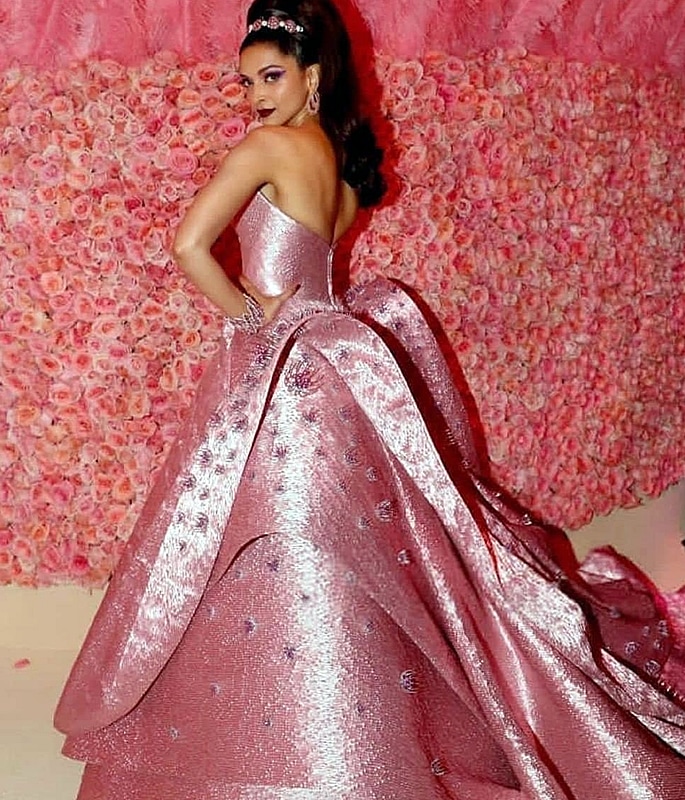 Many fans took to Twitter to compliment Deepika’s look. One user wrote:

Another went for a simple statement and said: “Deepika slayed today.” 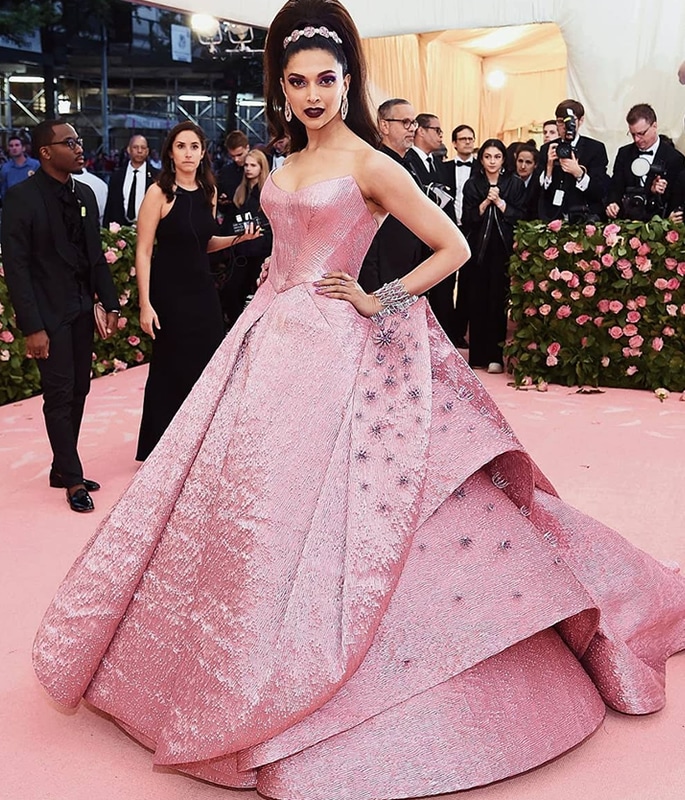 This was Deepika’s third outing at the event. She wore a simple white slip-dress by Tommy Hilfiger for her gala debut in 2017.

While Priyanka’s looked stunning in her silver outfit and shared the inspiration behind her look, it seemed to be a bit much for some social media users.

Her extravagant hairdo and makeup prompted people to take to social media and poke fun at the star.

Some compared her look to that of Alice in Wonderland‘s Mad Hatter.

Others were more brutal in their trolling of the actress.

Either way, Priyanka seemed to have enjoyed attending the Met Gala 2019.

At an event where elaborate outfits are the norm, the two Bollywood superstars wowed on the red carpet.