Hina Khan has given fans an insight into her stylish look at Cannes Film Festival 2019. The TV actress is set to make her debut at the prestigious festival.

The actress also showed fans around her dressing room

TV actress Hina Khan is set to make her debut at the prestigious Cannes Film Festival. It is the 72nd edition of the festival and it looks like she is already having a great time.

The TV star was seen soaking up the sunny weather and enjoying herself along the French Riviera.

She gave fans a glimpse of her stylish look throughout the day.

For her first outing in Cannes, Hina was taking part in an interview and she opted to go for a classy all-pink outfit.

She wore a pastel pink trouser and blazer combo and paired it with a pale pink blouse. Hina completed her outfit with a pair of subtle beige pumps. Hina also wore her hair in loose curls.

Her pastel pink outfit goes perfectly with the sunny weather in France. 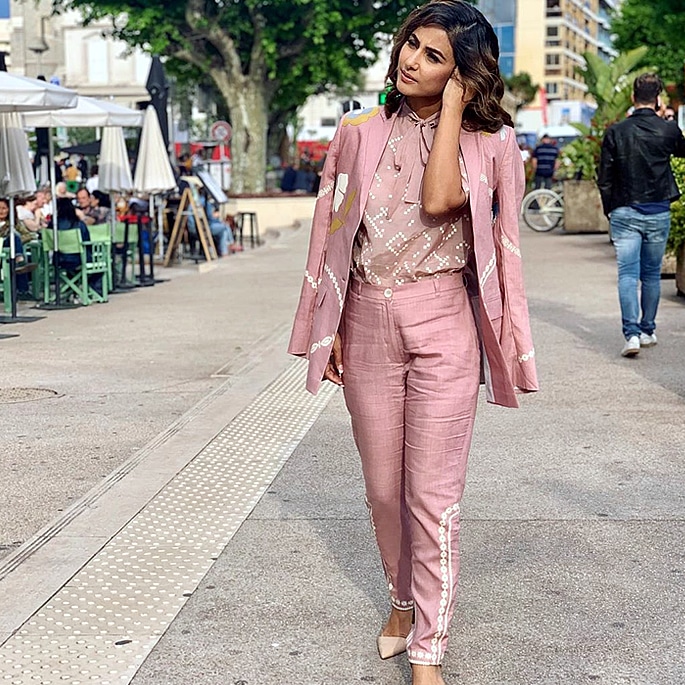 The actress also took to Instagram to show fans around her dressing room and gave them an insight into some of the other outfits that she may sport throughout the festival.

The post was simply captioned: “Fittings… lots to try.”

Hina, whose popularity skyrocketed on Bigg Boss 11 when she participated on the show, took a detour in Paris before going to the French Riviera. 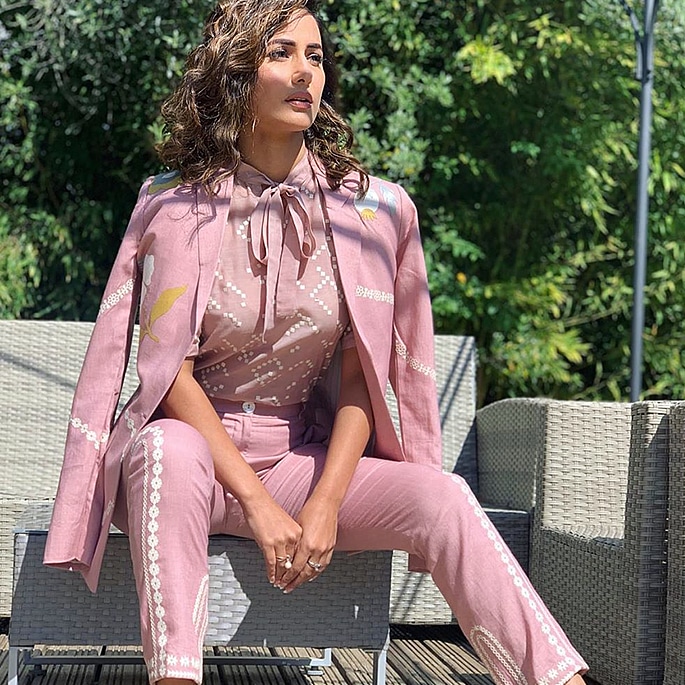 She posed with Eiffel Tower in the backdrop and according to the caption, Hina was preparing herself for Cannes. She wrote:

“Just be restoring my energy… Before it begins.” 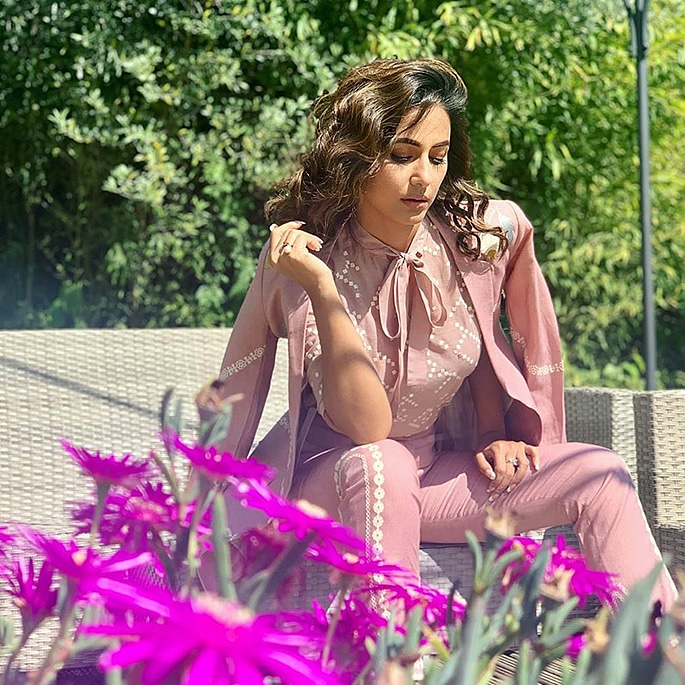 The actress is best known for starring as Komolika in Kasauti Zindagi Kay 2 and she received praise when she announced that she would be making her Cannes debut.

In February 2019, Hina told her fans that she would be walking the red carpet and may also be filming there. However, there had been speculation that she quit the show for good. 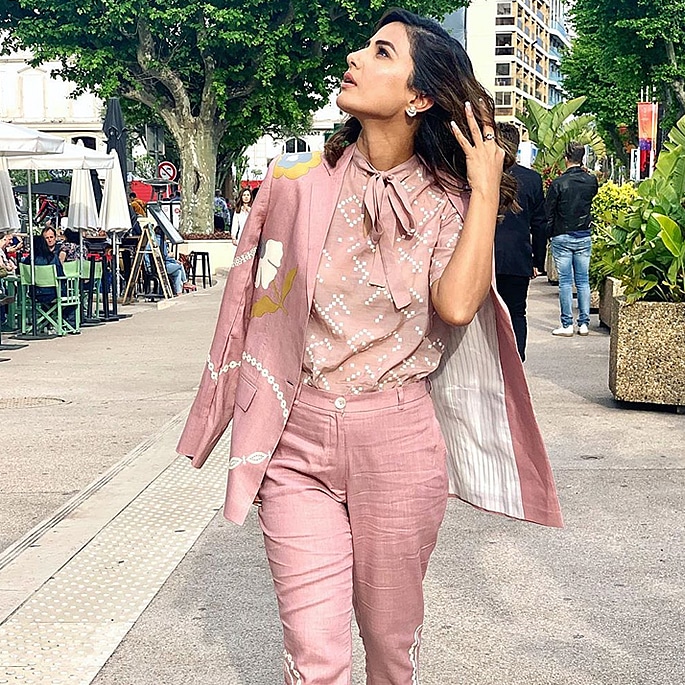 Fans thought that her TV career was at an end but Hina dismissed the claims. She did say that she would be taking an extensive break from the show.

“As you guys must be reading in a few articles done by online portals that have written about my exit from the show.

“Well, it’s not like that. I’m taking a break from Kasauti and that’s because of a reason.

“I have three films in my kitty out of which one I’m shooting in May, one in June, and another one in August.”

“I’m pretty excited to shoot it. I’m going to take a break of 4-5 months beginning from mid-April. Let’s see how it goes from here.” 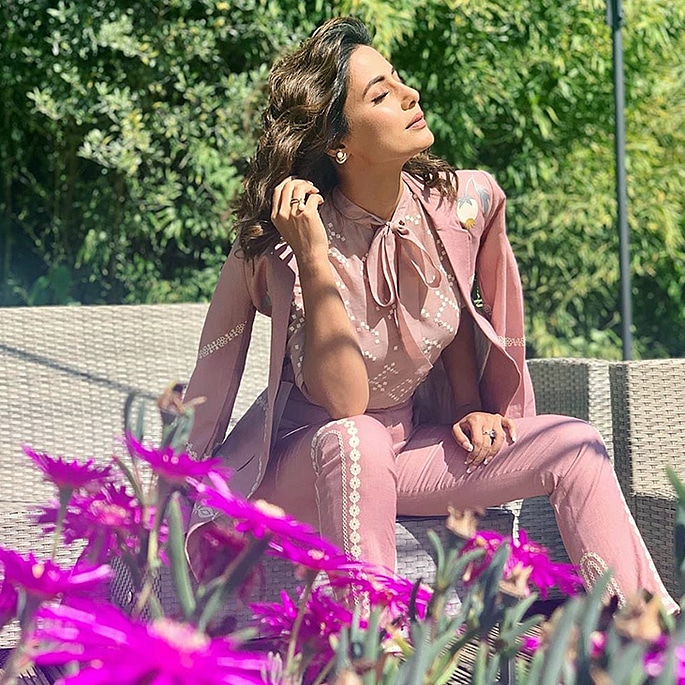 Hina was hopeful that she would return to the show as she loves her role as Komolika. She added that she will return to TV when required. 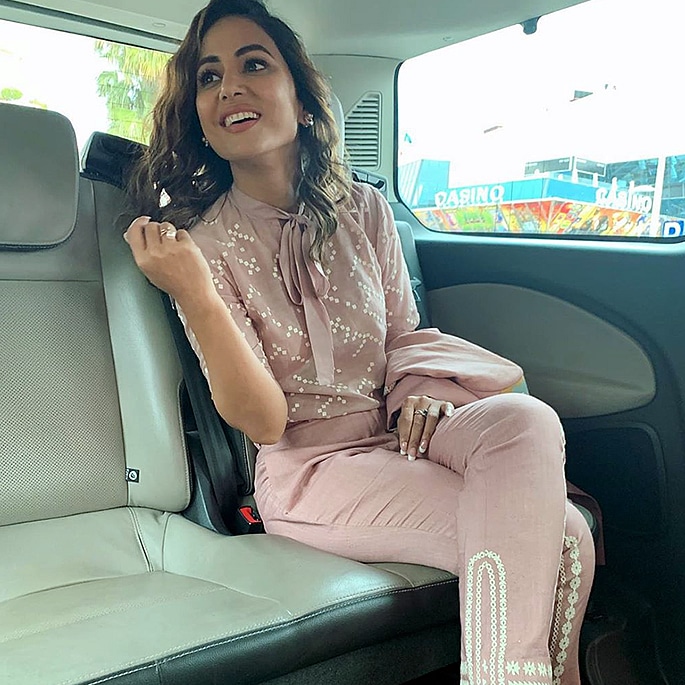 Cannes Film Festival 2019 is scheduled from May 14 to May 25. It is not just Hina Khan making her debut, model and actress Diana Penty will also walk the red carpet for the first time.

Aishwarya Rai Bachchan, Sonam Kapoor and Deepika Padukone are Cannes regulars and will also attend the film festival this year.

Dhiren is a journalism graduate with a passion for gaming, watching films and sports. He also enjoys cooking from time to time. His motto is to “Live life one day at a time.”
Priyanka and Deepika stun at Met Gala 2019
Bollywood Stars at Cannes Film Festival 2019