Hina Khan has revealed that she almost missed a party at the 2019 Cannes Film Festival because she was too nervous to meet Priyanka Chopra.

"then I realised how big of a deal it is."

Hina Khan has revealed she almost did not attend a Cannes party because she was “so nervous” to meet Priyanka Chopra.

Khan walked the red carpet at the Cannes Film Festival in 2019, and she met Chopra whilst there.

However, she almost cancelled her attendance at a party at the last minute due to her nerves.

In an interview with radio host Siddharth Kannan, Hina Khan said she was so nervous to attend the party that she almost cancelled.

According to Khan, she did not feel prepared for the attention she would get, especially due to being among stars like Priyanka Chopra.

She also expressed that the thought of meeting Chopra made her too nervous to want to attend.

As well as this, Khan was anxious over not having an outfit to wear to the high-profile event. 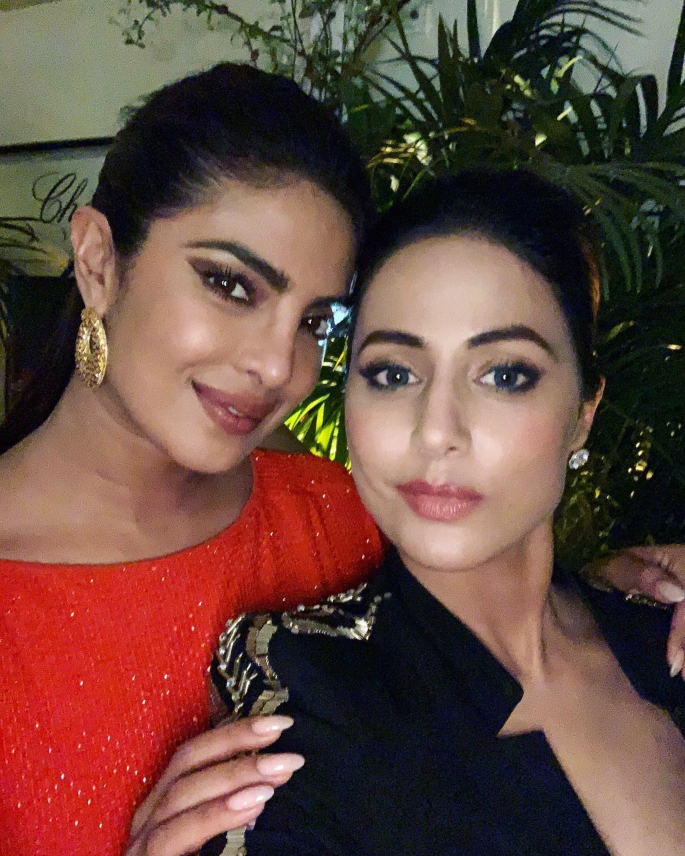 “I didn’t even have a gown to wear. In fact, when I was again going to walk, I was not supported by the designers in India.

“But now, things have changed. Now people look at me in a different light.

“When my team approaches a certain designer, they do respond, in a positive manner.

“I had no idea… All I knew was that I was going to attend the trailer launch of my film.

“I didn’t have an understanding of how big things would get.

“But it became huge, and then I realised how big of a deal it is.

“And an even bigger deal for me was receiving a text message from Priyanka Chopra, and I decided I would not go.”

Hina Khan went on to say that there was a huge rush to arrange an outfit for her after she was convinced to attend the Cannes party.

Khan also revealed that meeting Priyanka Chopra for the first time made her feel more at ease.

The pair are now friends and are connected on social media.

After the party, Hina Khan took to Instagram to thank Chopra for making her feel at home.

“An unexpected invitation by a world star… personally, after I gained consciousness and prepared myself to finally make it, I was still an outsider but only until you arrived.

“You didn’t need to, but you never left my hand for a second, introduced me to the people I probably wouldn’t have met and I felt as if all the achievements of my little career happening in fast forward as you present me as a star to each one of them.

“You somehow know everything as you mentioned my debut film and praised me for my hard work and appreciated me for the risk I have taken in my choices.”

Hina Khan went on to praise Priyanka Chopra for her ability to “lift up people”, calling her a “walking inspiration”.

Chopra responded by thanking Khan for her kind words and expressed her pride in what the actress has achieved.