Actress Priyanka Chopra Jonas opened up about how she almost suffered a wardrobe malfunction while winning Miss World 2000.

"It was so stressful that the entire tape came off.”

Renowned international actress Priyanka Chopra Jonas recalled how she almost exposed herself after suffering a wardrobe malfunction while being crowned Miss World 2000.

The actress appearing in the limelight after being crowned the winner of Miss World 2000.

That led her to receive film offers from Bollywood and the rest is history with Priyanka having charmed audiences in India and the west with her acting skills.

On Thursday, November 5, 2020, recalled the wardrobe malfunction on the digital show, People in 10. Priyanka said:

“The year 2000 and I won Miss World, my dress was taped on to me. By the time I won at the end I was sweating so much because it was so stressful that the entire tape came off.” 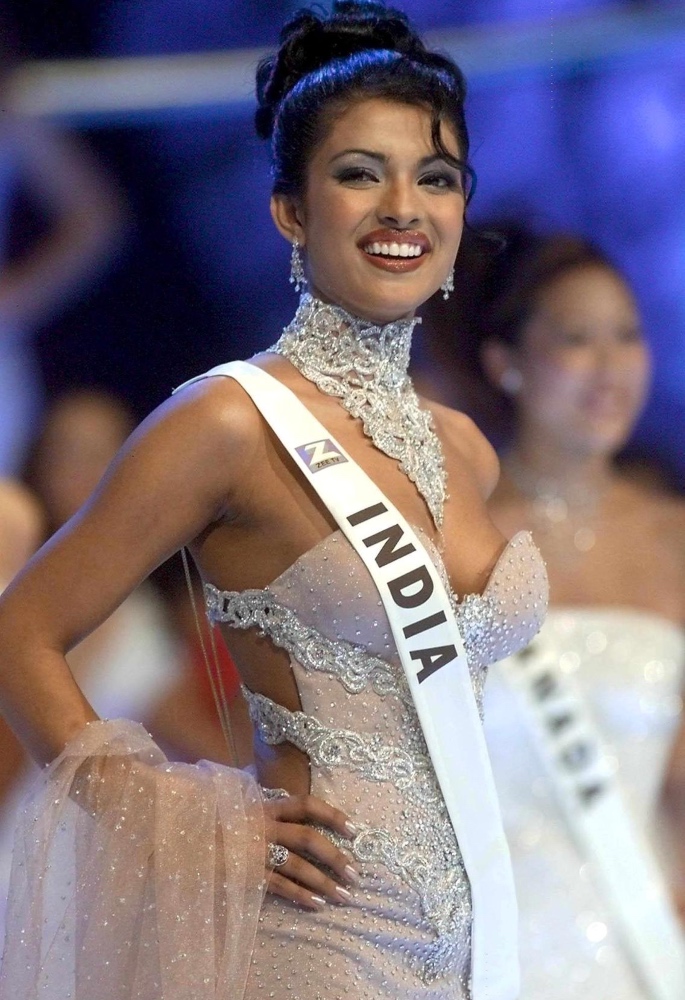 Priyanka Chopra cleverly covered up the incident by hiding the fact that her dress was slipping off. She explained:

“The whole time while I was doing my walk or whatever when I won, I kept my hands like this in a Namaste, which people thought was a Namaste but actually was holding my dress up. So uncomfortable!” 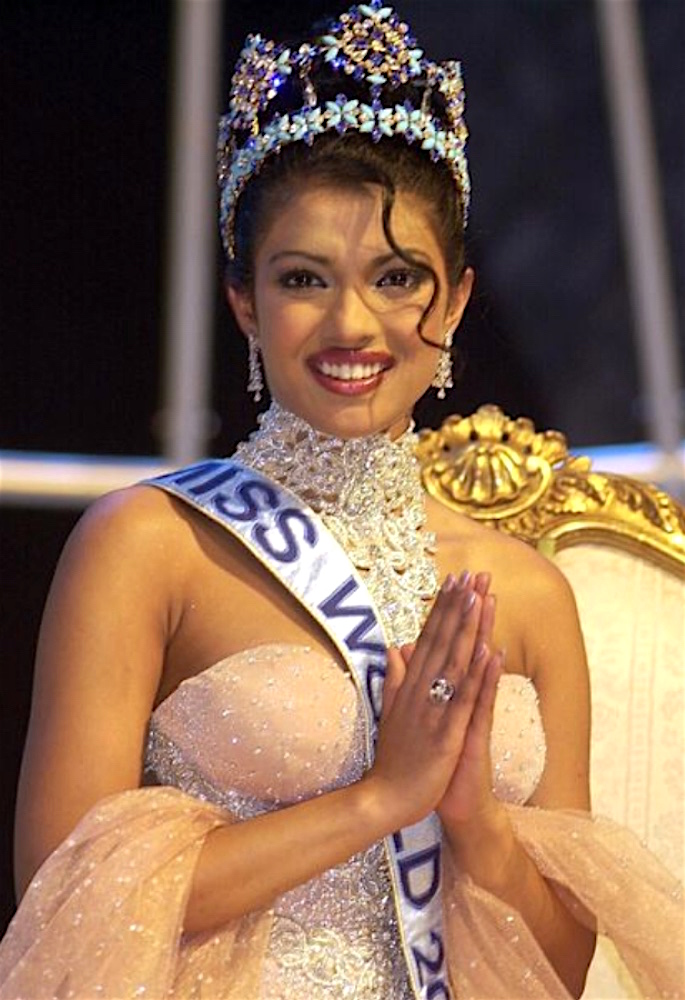 There is no doubt Priyanka held up her dress while not being inconspicuous.

In fact, this was not the only time Priyanka Chopra suffered from her ensemble.

At the 2018 Met Gala, although she was not in danger of exposing herself, Priyanka revealed her outfit was extremely uncomfortable. She disclosed:

“My second Met Gala outfit was this blood-red Ralph Lauren, beautiful outfit with the gold hood.

“But the corset under that thing, I couldn’t breathe.”

“I felt like it reshaped my ribs. So hard to sit during dinner and I obviously couldn’t eat too much during that night.” 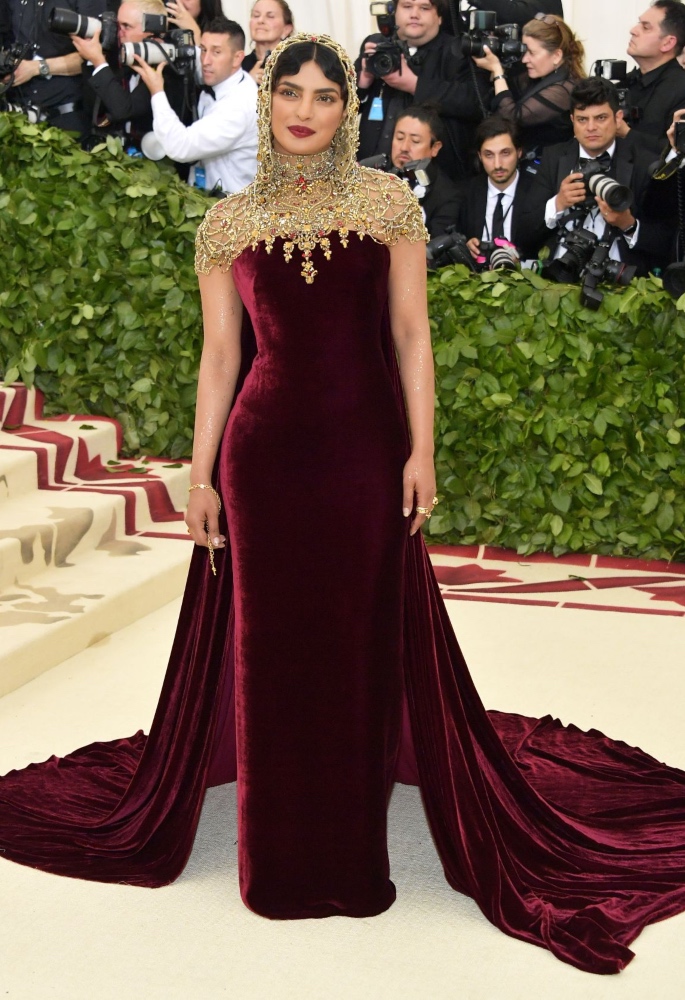 Regardless of how uncomfortable she was, Priyanka Chopra carried her look with ease.

In January 2020, Priyanka revealed how she avoided another possible wardrobe malfunction.

Speaking to US Weekly, the actress explained how her Ralph & Russo dress she wore to the 2020 Grammys was designed with a tulle.

Her plunging dress made it seem as though it would be difficult to manage as the neckline was extended down to her navel. 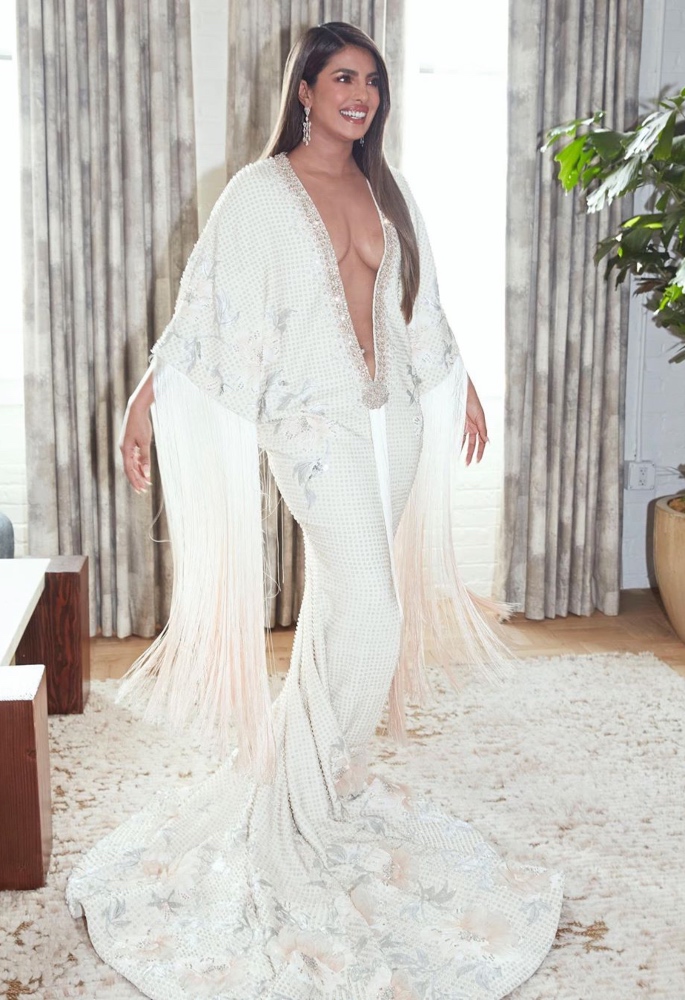 However, Priyanka disclosed that it was made with a nearly invisible piece of fabric. She said:

“So as much as people might think it would be hard to manage, they found this incredible tulle the same colour as my skin tone and sort of held the dress together with that.

“So, you can’t even see it in the pictures but there was no way it would have happened if they didn’t have that. It was like a netting.”

Ayesha is an English graduate with an aesthetic eye. Her fascination lies in sports, fashion and beauty. Also, she does not shy away from controversial subjects. Her motto is: “no two days are the same, that is what makes life worth living.”
Lakmé Fashion Week 2020: Manish Malhotra honours Artisans
Mukesh Ambani expresses interest in India’s Trainer Market