Priyanka Chopra attended the 2020 Grammys with her husband Nick Jonas, however, she was subjected to online trolling over her outfit choice.

"Attempting to be JLo and failing miserably."

Priyanka Chopra was trolled by some social media users after she attended the 2020 Grammys wearing a bold outfit.

The Bollywood actress walked the red carpet with her husband Nick Jonas, who received a nomination as part of The Jonas Brothers for their song ‘Sucker.’

While Nick opted for a gold suit, Priyanka turned heads with an extremely plunging gown.

She wore a Ralph & Russo ivory kimono dress that was sequin-encrusted. It was also embellished with opal stones, 3D organza petals and peach ombré fringed sleeves.

The gown featured an elegant train, which added another level of charm.

The talking point of her outfit was the risque plunging neckline, which went down to her waistline. 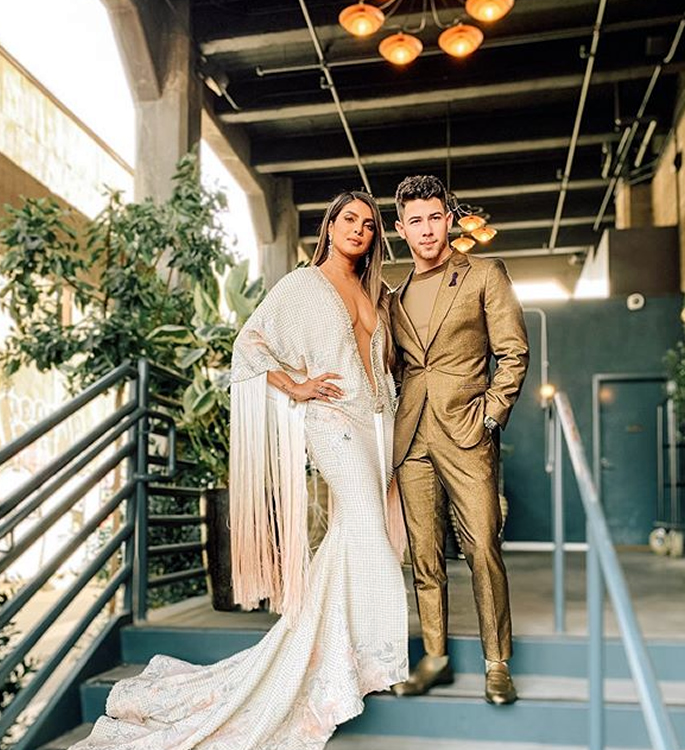 While some people liked her bold fashion choice, others took to social media to troll the actress. Some pointed out that the outfit bore resemblances to the iconic dress that Jennifer Lopez wore to the ceremony in 2000.

Many compared Priyanka’s outfit to JLo’s, even though the only similarity is the plunging neckline.

For the ceremony in 2000, Jennifer wore a green Versace outfit with tropical prints. Many sarcastically said that Priyanka tried to copy JLo but failed.

One person wrote: “Attempting to be JLo and failing miserably.”

Others came to the conclusion that they “somehow did not like it.”

Some of Priyanka’s followers were more critical of her dress. One person commented:

“When you have to wear curtains at last minute” 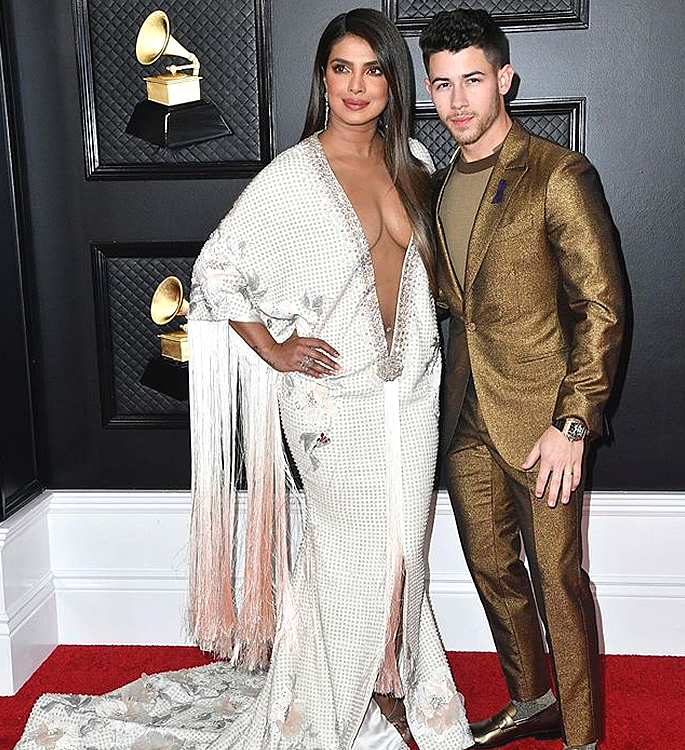 Another wrote: “Please don’t wear anything in the name of fashion.”

One person stated that Priyanka did not have the figure to pull off the dress.

“Priyanka Chopra copied Jennifer Lopez’s iconic Grammys dress but she does not have JLo’s body to wear something like that.

Priyanka Chopra copied Jennifer Lopez's iconic #Grammys dress but she does not have JLO's body to wear something like that. JLO looked like a goddess Priyanka looked vulgar. pic.twitter.com/ua4DYRsTHD

“I hate her dress so much ugh yikes Priyanka thought u could pull off a similar JLo jungle dress?!”

One follower said: “Wow! Jennifer Lopez still wore it better, even at 50!”

A person said: “Priyanka Chopra trying to pull a JLo with the deep V and it gets a no from me.”

One person called Priyanka’s outfit choice cringy but praised the outfit her sister-in-law and fellow actress Sophie Turner opted for.

“Priyanka’s dress was too much. Too… wanna be JLo… too much trying to start a convo. It was cringe. Sophie Turner’s outfit was A+ …. but Ariana was best dressed.”

While Priyanka was trolled, she enjoyed the ceremony with Nick, his brothers and their wives.

Dhiren is a journalism graduate with a passion for gaming, watching films and sports. He also enjoys cooking from time to time. His motto is to “Live life one day at a time.”
Lush Looks of Sonam Kapoor at Paris Fashion Week
10 Stunning Sensual Looks of Anveshi Jain