AR Rahman made history with his music for the film Slumdog Millionaire and is now shortlisted for two Grammy nominations.

the music maestro is a nominee for two categories

After winning Oscars, BAFTA’s, Golden Globes and other numerous awards, the music maestro is a nominee for two categories in the 2010 Grammy awards.

The 52nd Grammy Awards will be held on January 31, 2010, at the Staples Centre in Los Angeles, USA. They represent recordings released during the eligibility year between October 1, 2008 through August 31, 2009.

The music director is the first to be a nominee from the world of Bollywood music. The Grammy Awards are split into specialists fields which have categories. For the 2010 Grammy Awards, there are 29 fields and 109 categories in total.

AR Rahman is a nominee for the Film/TV/Visual Media field and following categories:

The second nomination for Best Song Written for a Motion Picture is for AR Rahman’s song, Jai Ho (Slumdog Millionaire), written by Gulzar, published by KM Musiq and released on N.E.E.T./Interscope Records. 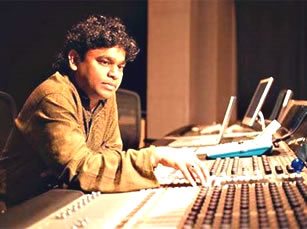 AR Rahman who has worked on over fifty soundtracks for Bollywood films said that he spent much less time on the soundtrack for Slumdog Millionaire than usual. He completed the soundtrack in about three weeks.

In an interview discussing the Slumdog Millionaire soundtrack and Danny Boyle’s musical requirements, he said, “It’s probably one-fifth of the time I normally take. For one thing, a normal film has about 150 cues. But in this one there were only 17-18 cues for me. Boyle uses music very less but very efficiently.” He added, “After I started the work, I got a lot of feedback from him and then it became something else. I was surprised to hear the whole soundtrack in the end, which is quite different from what I have ever done. It’s younger, it’s more today and contemporary and its completely taking risks.”

The song reaped huge international success and even had a pop cover version produced featuring the Pussycat Dolls, which elevated the popularity of the song further. 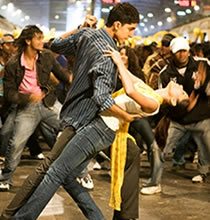 Gulzar who wrote the nominated ‘Jai Ho’ said that all the credit should go to Rahman, “Jai Ho is a term that is as ancient as it is sacrosanct. I would sound extremely foolish if I took any credit for that phrase or for the success of that song. The entire credit must go to Rahman and Rahman alone. He has taken our popular sounds to an international level.”

Jai Ho faces competition from Bruce Springsteen for The Wrestler (The Wrestler); Karen O. and The Kids for All is Love (From Where The Wild Things Are); Josh Farro, Hayley Williams & Taylor York for Decode (Twilight) and Ian Dench, James Dring, Amanda Ghost, Beyoncé Knowles, Scott McFarnon and Jody Street for Once In A Lifetime (Cadillac Records).

Pop diva, Beyoncé, is shortlisted for an amazing 10 nominations at the Grammy awards. The range of categories, include the most prestigious awards – record of the year and album of the year. In the past she is a five-times Grammy winner and is unlikely not to win an award. She is up against Lady Gaga and The Black Eyed Peas.

Jas likes to keep in touch with the world of music and entertainment by writing about it. He does like hitting the gym too. His motto is 'The difference between the impossible and the possible lies in a person's determination.'
Nitin Sawhney acoustic for Svapnagata
CJ Records debut ‘Like a Star’