The Pussy Cat Dolls join the Slumdog Millionaire craze with their own pop version of A.R. Rahman’s Jai Ho.

I saw the movie and it changed my life

With the massive success of ‘Jai Ho’ the Oscar winning song from the Slumdog Millionaire movie soundtrack, the Pussycat Dolls have covered the song in their own style and version, called ‘You are my Destiny.’ It features the lead singer, Nicole Scherzinger from the band doing the main singing. Nicole has also written some additional lyrics for their version of the song.

The song still features the song structure and chorus of the A.R. Rahman original with the main changes being lyrically into English. A.R. Rahman is featured in the Pussycat Dolls video so the remix version of his song has been acceptable to him.

Nicole said, “when they asked us to do the song and be part of the Slumdog Millionaire project I thought it was kind of unreal. I saw the movie and it changed my life and I just want to make sure that I do it justice.”

The video to the Pussycat Dolls version of the song is influenced by the film version of the song. It features scenes similar to the ones of the ‘Jai Ho’ ones from Danny Boyle’s Slumdog Millionaire starring Dev Patel and Freida Pinto. It is shot in Vienna, Austria, not Mumbai, India, and it is in a set that re-creates the look of a market place and a train station which looks similar to the original. Nicole is seen walking around a market and the train station and in and out of trains, followed by a mystery man, while the other girls record him on camera. 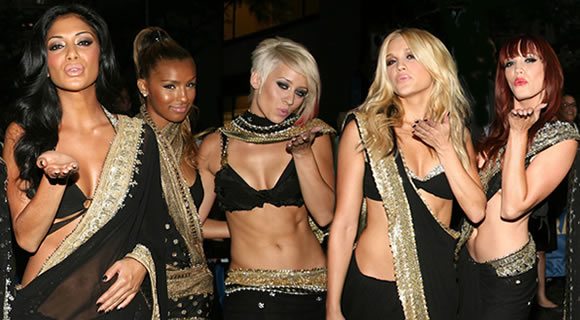 Nicole wears Bollywood style clothes in the video and oozes with sex appeal. She could easily pass for a Bollywood actress. It includes dance sequences with all the girls and Bollywood like scenes of Nicole in an array of a silver foreground, wearing a lovely bright pink lehnga blouse. The rest of the band wear a mixture of hip and styled attire which compliments Nicole’s costumes. Their dance choreography is similar to that of the ‘Jai Ho’ original with support from extras who play people from around the world gathered in one place to perform the dance in the video. 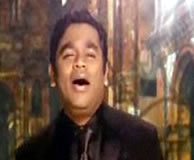 Whilst they were filming the video, news of ‘Jai Ho’ and A.R. Rahman winning the Oscar for it arrived at the set and Nicole was very excited and complimentary of the win which made her and the band feel proud of being involved with such a huge project.

The video was shot in much colder climates than the original film and during the shoot there were snow blizzards taking place outside of the set. In between the shots, the big coats were needed by the girls to keep warm. But it was definitely hotter inside for everyone watching the Pussycat Dolls perform their moves to their version of Jai Ho.

Watch the making of the Pussycat Dolls video of Jai Ho (You are my Destiny) and see for yourself how the Pussycat Dolls have given their own feel to the song. The song was produced by Polow Da Don in collaboration with A.R. Rahman.

The reaction to the remix has been mixed, like many remixes. Many still prefer the Hindi original and could not see why it needed to be remixed. Whereas, others are completely loving the remix version, especially, fans of the Pussycat Dolls and because it appeals to a wider audience.

Nazhat is an ambitious 'Desi' woman with interests in news and lifestyle. As a writer with a determined journalistic flair, she firmly believes in the motto "an investment in knowledge pays the best interest," by Benjamin Franklin.
UK Asian Music Awards 2009 Winners
Code Red