Salman Khan stars in the leading role of the film Jai Ho, a remake of Stalin (2006). The big action thriller will release worldwide from January 24, 2014.

“Salman is one of the very few actors in this generation who can pull off anything."

Back in full drive and strength, Salman Khan brings yet another powerful action drama to the screens. Jai Ho is a remake of Telugu film, Stalin (2006), which saw Chiranjeevi in the lead role.

The Hindi film is directed by brother Sohail Khan under the Sohail Khan Production franchise and is set to be released worldwide from January 24, 2014.

Jai Ho stars Salman Khan and Tabu in the lead roles. Jai (played by Salman) is a common hard-working man, who finds himself up against a system full of corruption and injustice.

Being the honest and incorruptible person he is, he makes it his responsibility to help as many people as he can that have been the victims of corruption. 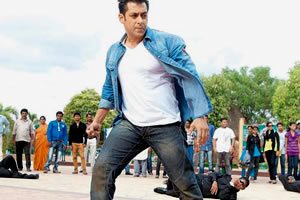 His mantra is quite simple – help somebody and then request that person to lend a helping hand to somebody else, so as to create a growing circle of people helping each other.

Jai who is an ex army officer, does not shy away from battle no matter how bloody it may get.

He believes that you do not have to wear a uniform to serve your country. Fighting against a ruthless politician, Geeta (played by Tabu), Jai’s sister realises the horrific consequences this can have on her brother and the rest of their family.

She attempts to persuade Jai to make peace however this leads to him being humiliated. After losing his patience he calls war.

But it’s an unequal war; the politician with his numerous men against Jai. However, unknown to him he is far from alone, the people who he had helped in the past silently come back together to stand by him.

Salman Khan revealed the first poster for the film on December 6, 2013. It was constructed and digitally merged using thousands of images of fans rendering a portrait of Khan. 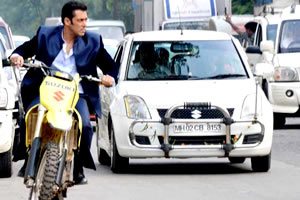 This is probably the first time in the industry where a film star made his own poster and actively involved fans.

On December 14, 2013, the trailer was unveiled to the public. Welcoming the fans, Sunil Lulla said:

“The wait is finally over and the people’s man is back with a bang. Jai Ho! This film is about the youth, and lending a hand to the common man. And who can do it better than Salman Khan? Be prepared to be entertained!”

A huge energetic crowd of around five hundred gathered at the Chandan Cinema, eager to see the trailer with Salman. They erupted into huge cheers the moment Salman arrived. The two-minute cut was played for them.

The trailer proved to be true to Salman style, with action scenes, powerful dialogues and an intense feel to it in terms of idea and concept.

Even though Tabu appears for just a few seconds, her strong screen presence will catch your attention. Finally, Salman makes his grand entrance. However, what follows is common among many of his film’s trailers.

When asked about the change in the name of the film from Mental to Jai Ho, Salman Khan stated:

“Well, firstly it was our father who did not like the title Mental. One should respect their parents’ opinion, even when they are big enough to become parents themselves.”

“And secondly if the film was titled Mental, then certain sections of the media would have addressed me as ‘Mental Khan’.”

Salman Khan believes in justice. When asked about the last time he stood for justice, he stated he stands for justice every single day. He added: “One must always raise his voice against injustice, and if you do not, then you are just as guilty.” 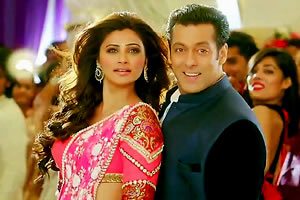 Pleased with the crowd’s reaction and the buzz that is building up around the film, Sohail Khan said:

“Salman is one of the very few actors in this generation who can pull off anything – romance, action and comedy.”

Jai Ho has however, run into a few issues along the way. According to sources, the title of Salman’s upcoming project Jai Ho has not gone down too well with Indian music composer A. R. Rahman, who gave a legal notice to the production house.

He claims the title Jai Ho was inspired by his past International project, Slumdog Millionaire (2008).

Rehman composed a track ‘Jai Ho’ for his first Hollywood project, Slumdog Millionaire, which reaped in immense appreciation worldwide. According to him nobody had taken his permission before using the lyrics from his composition.

With some criticism at his doorstep already over the film title, Salman admits that he is nerbous at how the film will fare in cinemas. Despite enjoying the success of blockbuster after blockbuster of his last five films, Salman knows he cannot rest on his laurels for any new projects:

“It is said that the most favourite film of the actor hasn’t worked, so that fear is also there. So far it’s not happened with me, but there will be a time that it will happen.

“I hope this doesn’t happen with me with this film, because I really like it. The film has a lot of action, comedy, romance etc, and yet is not in the same format as my earlier films,” Khan explains.

Jai Ho looks far from disappointing, its powerful moral’s will hopefully have a positive effect on the public and will be a film to remember in a long time to come. Look out for Jai Ho in cinemas on January 24, 2014.

Meera grew up surrounded with desi culture, music, and Bollywood. She’s a classical dancer and mehndi artist who loves everything connected with the Indian film and television industry and the British Asian scene. Her life motto is “do what makes you happy."
Lakshmi wows International Film Critics
59th Filmfare Awards 2014 Winners