Premiering at an International Film Festival to critical praise, one of the most heroic films of 2014 is about a 14-year-old girl Lakshmi, surviving harsh realities in rural India.

“I have used real life characters for the research of this film.”

Nagesh Kukunoor’s drama, Lakshmi, is based on true events portraying the hidden quandaries of India. It premiered at Palm Springs International Film Festival in the USA at the beginning of 2014.

Lakshmi is a deep heroic story, underlying the hidden world of India’s taboo culture. The film portrays the brutal reality of human trafficking and child prostitution, which occurs even today behind the screens of rural India.

Nagesh Kukunoor’s film is about a 14-year-old girl, who is kidnapped and is taken into the hidden viciousness of the country where she is forced into the sex trade and sold for prostitution. Being thrown into this wickedness, she is faced with continuous abuse and rape. 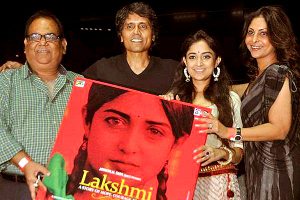 She faces harsh realities in order to survive with the help of other girls facing the same horrific situation, as well as her own strong will to not give in.

She is eventually rescued from the atrocities she has faced and builds the courage to take the traffickers to court in order to gain justice.

Nagesh also plays a part in the film as a callous pimp. Working with Satish, Shefali and Ram Kapoor, Nagesh felt that there shouldn’t be any flaws with his performance on screen: “It was challenging but we had a good time,” he said.

Nagesh was inspired to produce this film when he went to see some NGO’s in India and met with victims of human trafficking. He stated: “I have used real life characters for the research of this film.” 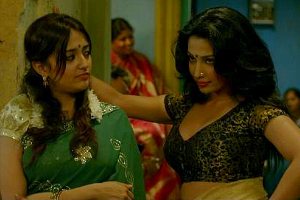 Nagesh felt that it was a vital topic that needed to be made aware of, as it a problem that is overriding a lot of lives in India today, particularly with the amount of atrocities taking place against women.

The idea of putting the film together was not made clear for Nagesh until he met a 14-year-old girl who was brave enough to take the traffickers and face them in court and then won the case.

He was inspired by what the girl was able to do with the courage  she had and therefore he got the idea to get her story out to national audiences and make them acknowledge what was happening around them and how important it is to put a stop to it.

Nagesh admitted that going out to the real life places where trafficking takes place was the best way to get basic information as well as talk to real people about their life experiences.

Nagesh carried out in-depth research by interacting with the victims directly to find out their story of what they had gone through, so that the film had a true purpose to show the audience.

Nagesh said: “The first hand information that comes from them, there is no substitute from that.”

To promote Lakshmi, Nagesh created a sharp tag line, ‘Are We Being Human?’ The purpose of this was to ask the audience, when facing such harsh reality or a bad incident, where did our humanity go?

Singer Monali Thakur debuts into the film industry playing the role of Lakshmi. Speaking about the film, she said: “Lakshmi is such a brilliant story, that to be a part of this film as a girl, as a women is an honour in itself.” 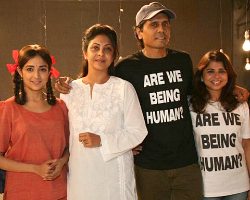 Monali was over the moon when she was given the role. She has always had a passion for music but didn’t realise how much she enjoyed being in front of the camera, which emerged during the process of Lakshmi:

“Playing such a character is such a huge deal for me,” she said.

Lakshmi premiered at the 25th edition of the Palm Springs International Film Festival in the USA. The film received a positive response, and was awarded the Audience Award for Best Narrative Feature. Ecstatic at the news, Nagesh tweeted: “Feel like I’m in a dream.”

Many Indian films have made a place at the Festival throughout the years and are becoming increasingly more popular, and 2014 was no exception with Lakshmi being screened.

Along with Lakshmi, other films of India’s foreign language submission have always found an audience. Most recently, international film festivals have showcased Indian films such as; Gyan Correa’s The Good Road, Richie Mehta’s urban tale Siddharth (both in 2013) and Pan Nalin’s Faith Connections in 2014. 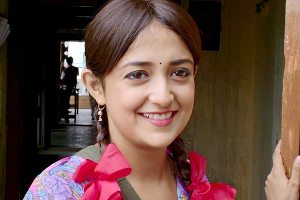 Lakshmi was also due to release on January 17 across India but has been faced with some Central Board of Film Certification (CBFC) delays:

“Pushed the release of Lakshmi by a few weeks to get censor feedback. We’re back on track. Will make the announcement in a few days,” Nagesh tweeted.

Honing in on the harsh realities surrounding Indian taboo society, Lakshmi is certain to be one of the outstanding films of 2014. Already a hit internationally, the film is sure to make its purposed impact on Indian and South Asian audiences.

Nadeera is a model/dancer hoping to take her talents further in life. She likes to carry her dance talent in charity functions and is passionate about writing and presenting. Her life motto is: "Live life over the top!"
The Kumars make their Comeback
Salman Khan delivers with Jai Ho