Sidharth Malhotra is a fearless Major Jai Bakshi in Aiyaary

"Aiyaary is a spy thriller at the heart of it"

Sidharth Malhotra is one Bollywood actor who has endeavoured to play different roles in various genres of films.

Whether it is a contemporary family-drama like Kapoor & Sons (2016) or a suspense like Ittefaq (2017), Malhotra has proven that diversity is his middle name.

DESIblitz chats with Sidharth Malhotra to discuss his acting experience and role in Aiyaary.

Story and Definition of ‘Aiyaary‘ 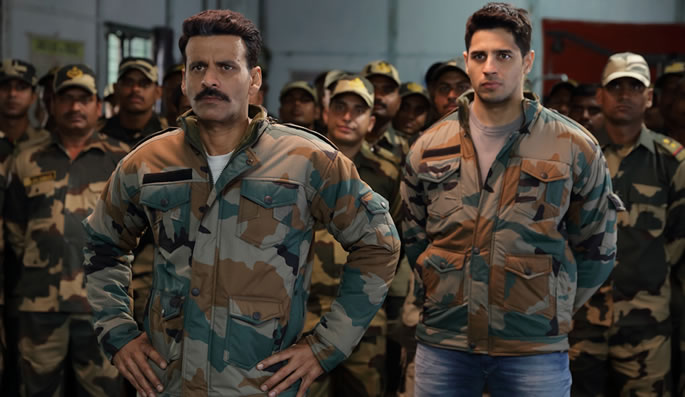 “Aiyaary is a spy thriller at the heart of it,” Malhotra summarises the film’s concept.

More than being just a thriller, it seems as though the movie depicts the themes of patriotism, loyalty and morality.

In particular, it shows a mentor and his protégé: two Indian Army officers with a patriotic heart who suddenly have a fallout.

The mentor, Colonel Abhay Singh (Manoj Bajpayee) has intelligence par excellence and has complete faith in the system of the country.

Protégé Major Jai Bakshi (Sidharth Malhotra) thinks otherwise because of what he has witnessed in his recent stint in surveillance.

Jai Bakshi turns rogue and Abhay has 36 hours to find Jai, as Jai withholds a secret that can bring down the Government.

Whilst the story seems very intriguing, one wonders what ‘Aiyaary’ really means and how it is relevant to the film.

“The word ‘Aiyaary’ fabulously sums up what a soldier resorts to ultimately in the face of extreme crisis.

“His intelligence, sharpness and wit not only bedazzles his own troop but also earns him the respect of his enemies.”

He adds: “The title of the film explains the term as a person who is a chameleon in character and works towards mastering in all given situation. It means master of Behrupiya.” 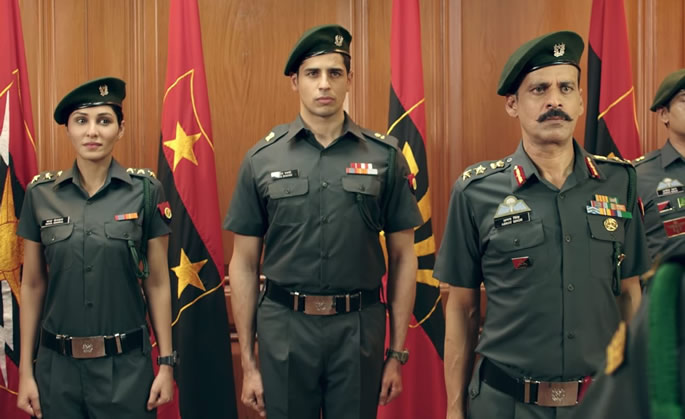 “I try to get into the physicality of my role. To just be in that position where that character would be,” the Aiyaary actor explains.

In preparation for this film, Malhotra spent a lot of time understanding the lifestyle of real spies and soldiers. Specifically, he would understand how “they would function within and outside the country.”

This research and preparation was quite an eye-opening experience. Sidharth tells DESIblitz:

“They [secret agents] are not all like James Bond, not all that glamorous and easy. It was a very enriching experience to know what our armed forces do and the efforts they go through to protect us.”

In the past, we have seen him undertake a variety of roles. Whether it is a wrestler in Brothers (2015) or an assassin in Ek Villain (2014), the 33-year-old actor certainly has an eye for versatile roles.

So, what does Sidharth look for in a script?

“I think it’s just very interesting scripts and something that pushes the envelope and gives an exciting angle to the audience.”

Malhotra has also tried his best to avoid being stereotyped of portraying one particular style of a role:

“I feel it’s very easy to fall into the trap of doing something which I have previously done or currently doing. I come from a different point of view where I’m entering an industry from the outside.”

It is evident that Sidharth raises the bar with each performance he gives. And from what we have heard so far, his role in Aiyaary seems both exciting and intriguing for fans! 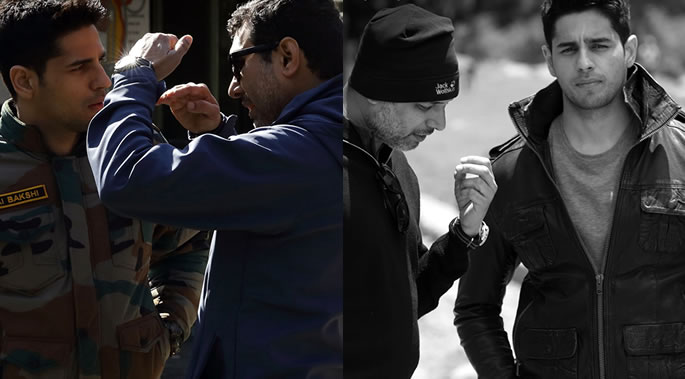 “Neeraj Pandey is one of the few directors in our country who makes films about relevant issues and wants to give you both the good and bad about it.”

In other words, Pandey’s ventures aim to educate and entertain the viewers. Pandey’s slick and stylish method of filmmaking reminds one of Martin Scorsese.

However, his cinematic prowess is not solely limited to racy thrillers and one such exception is the biopic MS Dhoni – The Untold Story (2016) which outlines the trials and tribulations of famous Indian cricketer Mahendra Singh Dhoni.

“The way in which Neeraj Pandey has shown the life in small town and how so many people offered their rock-solid support in the progress of Dhoni is really very touching. This is something that needs to be seen in order to be believed.”

With regards to Aiyaary, Sidharth reveals to us that Pandey was considering to make the film since Baby (2015).

As such, Sidharth reflects on his comfortable rapport with Neeraj:

“He brings out that style where his writing speaks more for you. To understand this half-way through shooting, was very relaxing for me because I could let go and trust him fully.”

Aiyaary ~ Another Impressive Soundtrack for a Sidharth Malhotra film? 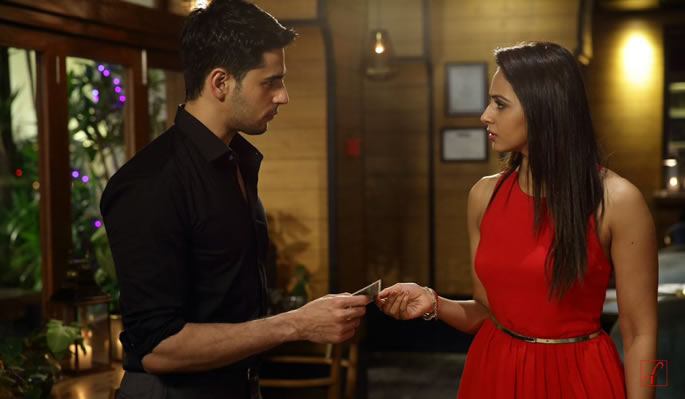 When it comes to a Sidharth Malhotra movie, the music album often stands out in the project.

Since his debut film, Student Of The Year (2012), many of Malhotra’s films contain some foot-tapping and memorable numbers.

The Aiyaary soundtrack has released and we are convinced that this will become another memorable album.

Firstly, ‘Lae Dooba’ is crooned effortlessly by Sunidhi Chauhan and the music director is Rochak Kohli. The track is a breezy love song which denotes the emotion falling in love.

“Menu Ishq Tera Lae Dooba” are catchy lyrics which one immediately hums after listening to the song.

Comparatively, ‘Yaad Hai’ has a ballet-style tone which is filled with nostalgia and melancholy.

Hats off to Ankit Tiwari (also the composer of the song) and Palak Muchhal who pull their listener’s heartstrings through their amazing vocals.

The third song is ‘Shuru Kar’, an upbeat rock number, which aims to motivate the audience.

The combination of Amit Mishra and Neha Bhasin is a solid pleaser. Kudos to Rochak Kohli for presenting two powerhouse talents in one song!

Listen to our full interview with Sidharth Malhotra here:

On the whole, Aiyaary seems to be another nail-biting thriller from Neeraj Pandey.

After hearing about Sidharth’s insightful experience on working on the film, one is certain that his dedication as Major Jai Bakshi will reflect in his performance.

Anuj is a journalism graduate. His passion is in Film, Television, dancing, acting and presenting. His ambition is to become a movie critic and host his own talk show. His motto is: "Believe you can and you're halfway there."
Mishqah Parthiephal: The Indian Detective & South African Desi Culture
Priyanka Chopra reveals her Relationship Status in Candid Interview