Priyanka Chopra has opened up about her relationship status, revealing she has been single for nearly one year. She also confessed she had a previous “committed relationship”! Find out what she had to say here.

"I’m a serial monogamist. I was in a very committed relationship."

Priyanka Chopra hails as one of Bollywood’s hottest stars in modern time. Yet, she has built a reputation for remaining silent on her love life and romance rumours.

Yet in an unusual move, she speaks with Filmfare about her relationship status. Not only did she mention she has been single for nearly one year, but she also admitted she was in a “committed relationship” before then!

In the interview, the discussion quickly moved to all things concerning love. Priyanka said of her status:

“Right now, I’m single. Of course, I’ve been double ya! What do you think I’m a saint? But recently, I’ve been single. Let’s just say that!”

The starlet also told Filmfare how she has started dating again but hasn’t found ‘Mr Right’ just yet. She revealed: “I get a lot of attention. But I don’t know what to do with it. Of course, I like it. I’m a girl and I’m vain.”

We can’t help but wonder who Priyanka may have enjoyed dates with. While she remained coy on giving names, she did clarify she hasn’t pursued any romances with her Quantico co-stars, as “they’re all married”. She also added she has dated in America.

However, PeeCee revealed she’s looking for more than just fun with her dating conquests. She admitted: “I’m a serial monogamist. I was in a very committed relationship. But since almost a year, I’ve been single. I’ve met a bunch of people.

“I’ve gone out with people. I let someone woo me but no… My mind hasn’t exploded, not yet!”

We know what you’re thinking – who was Priyanka’s previous beau? Unfortunately, she didn’t reveal the mystery person – of course, we can only guess their identity. Could the unknown beau hail from Bollywood or Hollywood?

With her candid admissions, the starlet has surprised fans especially with her reveal of a past relationship. She has given very little away in the past. For example, when asked about marriage in a 2017 interview, she said:

“Marriage doesn’t happen as per plans. You just have to find the right guy for yourself. If I find a right guy then I will do it but I still haven’t found that person.”

But even with her reveal, PeeCee still knows how to keep coy on her love life. Is it likely she’ll reveal when she enters a new relationship? We can guess the answer to be no.

While the actress is enjoying her life as a single woman, so too is her Quantico character, Alex Parrish. In filming for the third season, we’ve seen Priyanka lock lips with her co-star Alan Powell, suggesting a new romance between their characters.

The actress still continues with filming, giving fans a sneak peek on her Instagram. Recently, she shared a photo of her and the cast completing a ‘table read’ for the 9th episode of the series. 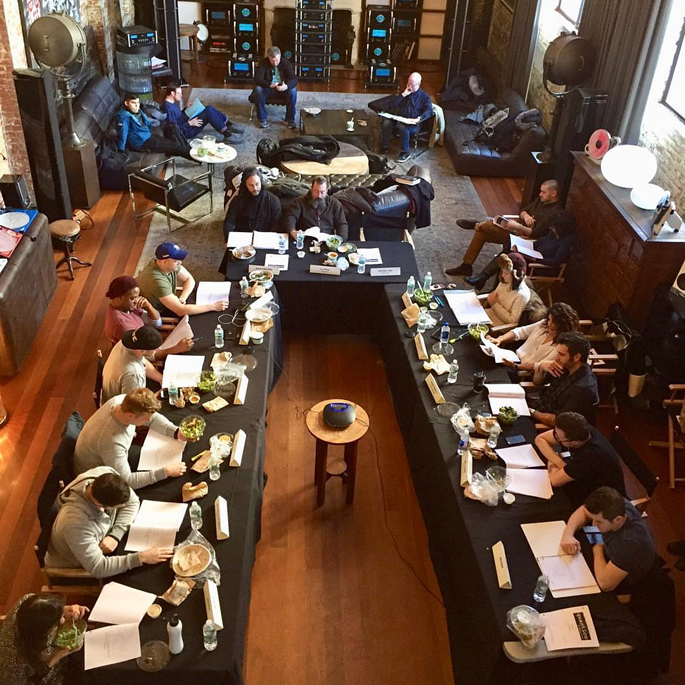 The new series certainly looks bolder than ever before, with Priyanka driving around on a motorbike and armed with guns for scenes. We can’t wait to see its premiere on 28th April 2018!

But regarding her confessions on her relationship status, it has done little to quieten rumours. In fact, it’s possibly raised more speculation as fans eagerly guess who she had her previous relationship with.

One thing remains certain though from the Filmfare interview; Priyanka is looking ahead to the next chapter of her love life!