"The decor had a Japanese cherry blossom theme and the speeches were lovely."

Indian businessman Sanjay Kapur and Priya Sachdev’s wedding pictures have surfaced on the internet, after celebrating with an impressive US wedding reception. The couple married on 13th April 2017 and chose to wed in style by hosting the reception in New York.

The wedding itself was an intimate gathering as they married in Delhi with only close friends and family close by. But for the reception, they decided to lavishly celebrate.

Flying over to New York, the event became a grand affair, with colleagues and other relatives attending too.

Now pictures of the luxurious wedding have surfaced, revealing the couple’s gorgeous outfits for the event. Both dressed in traditional outfits, they followed a similar dress code of wearing creams. 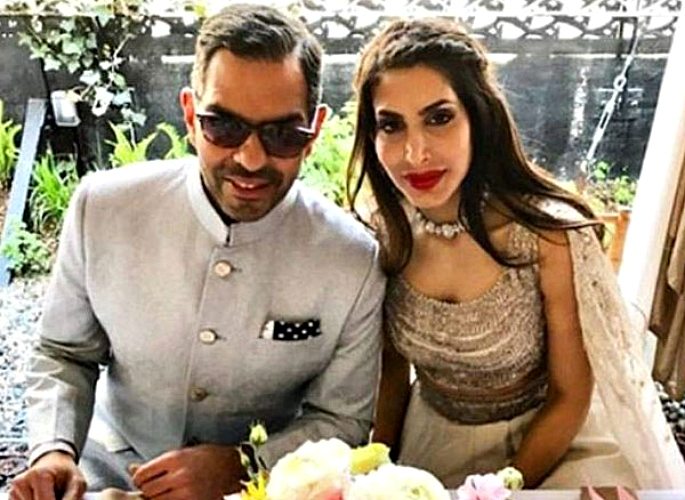 The US wedding reception was decorated with a beautiful Japanese theme, with cherry blossom trees surrounding dining tables. It casted the perfect setting for such a romantic Spring wedding.

The couple, who began their relationship roughly in 2012, made sure to create a memorable day, right down to the details. One guest expressed their admiration of the reception to Mid-Day and even of Sanjay’s choice of shoes!

“The decor had a Japanese cherry blossom theme and the speeches were lovely.

“Of course, the bride looked beautiful cutting her three-layered gigantic cake, but for me Sanjay’s shoes stole the show, as they were hand embroidered with the words ‘I Do’, it was a lovely touch! [sic]”

Reports also say that Sanjay and Priya appeared in high spirits, naturally! Sanjay even supposedly told guests: “Yes!! I am doing it for the third time.”

This no doubt refers to the businessman’s previous marriages to designer Nandita Mahtani and also to Karisma Kapoor.

His last marriage to the Bollywood actress had only been finalised for divorce in 2016, even though they filed for separation in 2014. Karisma had even moved out of their family home years before the announced separation, back in 2010. 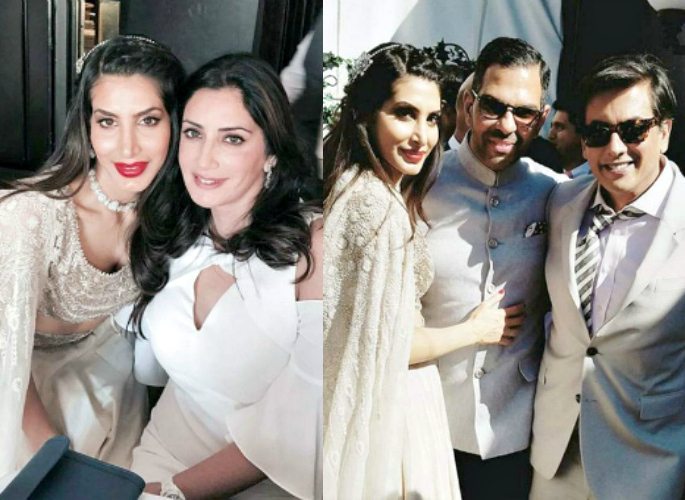 However, a lengthy, bitter court battle over the consent of their children, Samaira and Kiaan, caused the long delay in their divorce agreement.

Meanwhile, the US wedding reception also marks Priya Sachdev’s second marriage. She too had a previous marriage, with Indian playboy Vikram Chatwal, which ended back in 2011.

But with this luxurious, happy wedding, Priya and Sanjay can now celebrate the next stage of their life together as husband and wife.