Bollywood’s favourite bachelor Salman Khan turns 50 and he enters the Bigg Boss 9 house to celebrate. He leaves some gifts for the housemates and even this stirs up drama!

"I will never forget this!"

Salman Khan’s birthday week doesn’t mean a break from the arguments and tension in the Bigg Boss house.

Mid week Mandana riles Priya whilst telling her to go back to Australia during an argument.

Gizelle is also firmly against the Iranian model after they fall out because of questioning each other’s class!

Suyyash and Priya win back Rs. 4 lakhs for the house by winning a challenge, therefore Prince bets on them correctly in the Baazi task.

Suyyash’s luck in the house gets better this week as he becomes captain after Mandana gives up a task for the title.

Next the three winning pairs of the Baazi task; Suyyash and Priya, Rochelle and Rishabh and Mandana and Kishwer get an opportunity to compete for captaincy.

But the pairs have to mutually decide between each other who they will put forward. 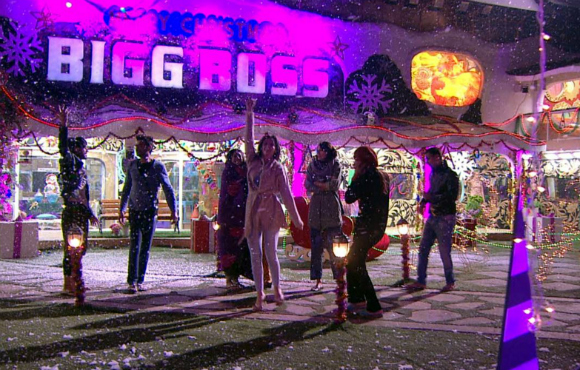 Rishabh and Rochelle squabble over the decision and call each other names. Even Bigg Boss has enough and he disqualifies them both.

This leaves Mandana and Suyyash, but she gives up. Bigg Boss is again not happy and tells her off!

Christmas Day brings tears as some housemates get to see their loves ones. They ‘freeze’ as Suyyash’s sister and Prince’s sister enter the house separately.

When they leave both lads weep like babies. Their emotions could be genuine, or simply a way of trying to win sympathy votes from the audience.

Prince puts a ring on it towards the end of the week as his romance with Nora shows no signs of slowing down.

In front of the entire house he gifts his lady love a ring and blushes as he declares that he ‘likes’ her. Sadly her tepid response doesn’t match up to his visible disappointment.

Come Saturday, Salman is ready to roll, supporting a shorter moustache and slimmer frame.  He is definitely looking fit at 50!

He tells the housemates that they do not have a mind of their own and simply follow each other blindly, except for Mandana.

She is then placed in an isolation box and Salman points out that Kishwer set up Mandana for the captaincy task, knowing she would give up easily. 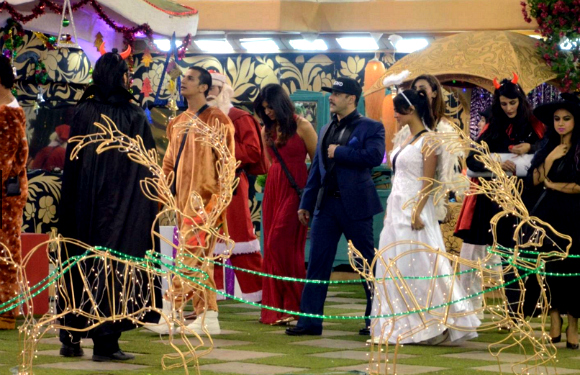 Sunday’s episode kicks off with yet again other baseless fight between Gisele and Nora that results in name calling.

Next, Bhaijaan Salman Khan is on stage and announces a game where housemates can win a punishment or treat for their chosen housemate.

The highlight has to be when Prince wins a romantic dance with Salman Khan. Thrilled with excitement Prince jumps with joy!

Salman isn’t so pleased and so Prince passes the prize to Kishwer.

He then enters the house for some birthday masti and celebration, including a treasure hunt for gifts!

Bigg Boss shows Salman his best hosting moments from the show so far, including a kiss with Varun Dhawan and Deepika: 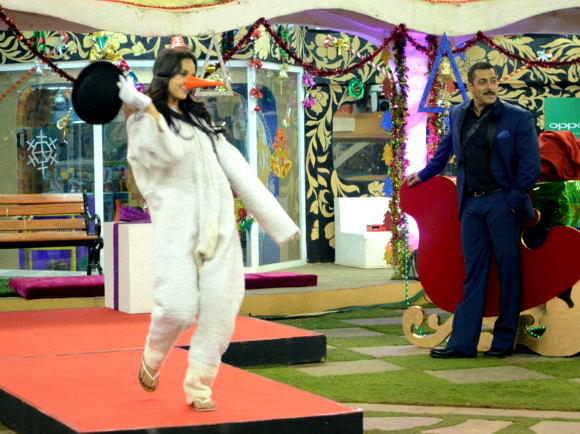 “I will never forget this,” Bhaijaan tells the housemates, sarcastically.

He draws a sketch for the house and cuts a cake before announcing that Gizele has been nominated to leave the show.

He takes Gisele from the house once she says her goodbyes, Nora included!

Later in the day they get all of their lost belongings back courtesy of Salman who is feeling generous.

Instead of being pleased, Prince uses this as his chance to go through Mandana’s belongings.

Mandana gets angry and ends up snapping Priya’s headband and throwing an object at her.

Priya says it’s violence to which she responds: “Yes, it is violence.”

In protest, the housemates decide to boycott talking to Mandana. 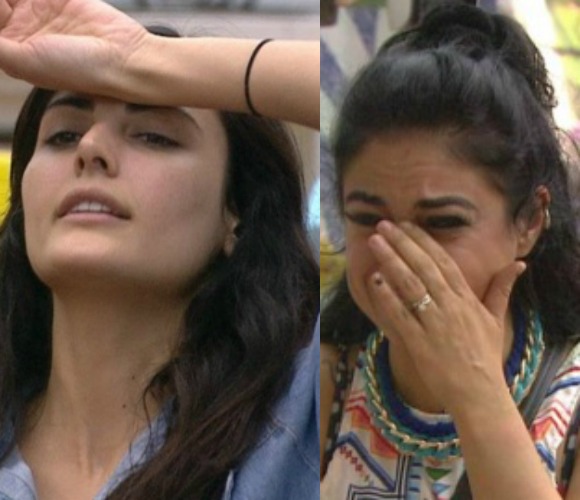 We shall have to see if they stick to their plans and whether the model survive the next seven days!