Watch the latest promo of Bigg Boss 10, featuring Salman ‘Dabanng’ Khan as an astronaut ready for the series to blast-off!

Our 'Bhaijaan' is the most 'Wanted' for season 10!

The promo for Bigg Boss 10 has released and it’s out of this world – quite literally!

This 10-second video shows the host – Salman Khan – in an astronaut avatar and says:

The promo was shared by Colors CEO, Raj Nayak on Twitter:

In promos from previous season, we’ve seen Salman as a pilot, an angel and as a devil.

According to Bollywood Life, this time the 50-year-old actor will be in the ‘avatar of a common man’:

“He will be asking various people right from a milkman, rickshaw-wala, housewife, working professional as to whom do they want to see inside the house. The superstar will also be in a casual look.”

For first time in 10 years, ordinary citizens will enter the Bigg Boss house.

Auditions were held instantly after Prince Narula was crowned as the winner last year (2015).

By January 2016, the auditions were wrapped up.

There have also been rumours that a handful of celebs will also participate in the show. 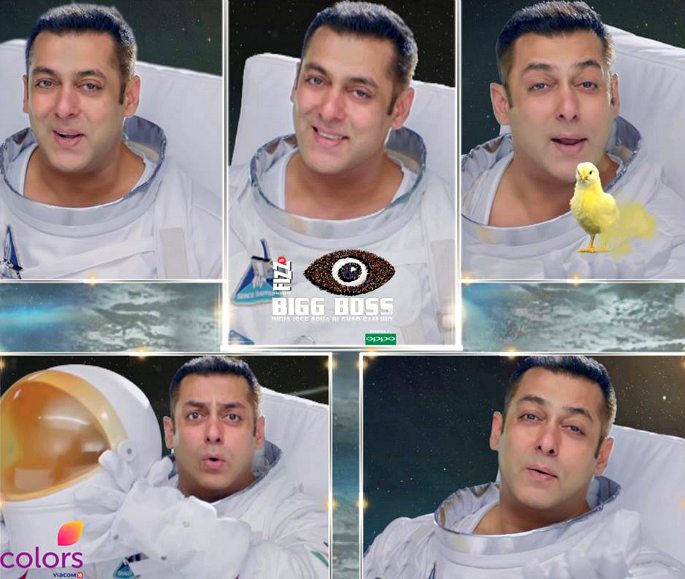 Interestingly, Times Of India establish that Salman Khan will have his own chalet-like lodging for his weekend shoots.

The accommodation will also have a gym and veranda.

Although Salman’s canines have never appeared on-set, the superstar insists on a designated area for the dogs.

It definitely seems that our ‘Bhaijaan’ is the most ‘Wanted’ for season 10!

The reality show is reportedly scheduled to hit our screens from October 16, 2016, on Colors TV.