Superstar Salman Khan is reportedly returning to host Bigg Boss 9 after stepping down at the end of 2014. DESIblitz has more.

"We will start the show as per Salman’s availability of dates.”

Bollywood’s blockbuster ‘bhai’, Salman Khan is allegedly back on as the host of India’s favourite reality TV show, Bigg Boss.

The acting superstar who has been a regular host of the Big Brother equivalent notably gave up his presenting role after season 8 in 2014.

He claimed a busy work schedule and differences with the TV Channel as his reasons.

After, the channel tried hard to find an appropriate replacement for the superstar, and even approached Akshay Kumar and Ranveer Singh to present the show. A source claimed:

“He has made his decision very clear. In fact, the channel has already started looking out for celebrities to host the next season of the show.”

Other stand-ins for the star in the past have included the likes of Farah Khan, Amitabh Bachchan, Shilpa Shetty and Sanjay Dutt.

Initially, Salman had told media that he would not be returning as host, when asked before the release of Bajrangi Bhaijaan:

“I don’t know. The channel hasn’t asked me. I think Farah [Khan] is doing it. She hosted the latter part of it last year and the TRPs had increased. They realised Farah is a better choice!” 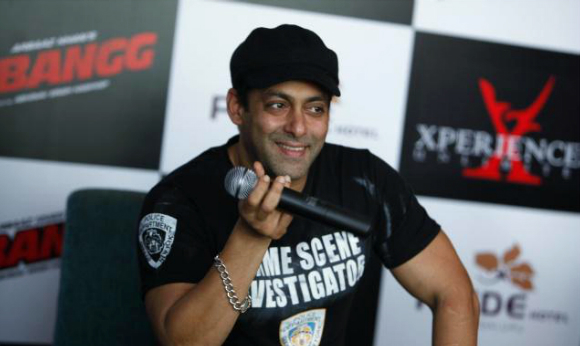 But it seems that Salman is the one with the most pulling power when it comes to TRPs.

Luckily though, it seems that the air has cleared between Salman and the channel, and our favourite Khan will in fact return as the host of Bigg Boss Season 9.

The channel have agreed to double his salary and also work around Salman’s hectic schedule, so season 9 will begin when Salman has more time on his hands:

“The modalities are fast being worked out. We will start the show as per Salman’s availability of dates.”

The star who is riding on the back of his successful Bajrangi Bhaijaan seems to be itching to get back onto our TV screens.

Sallu will also be stepping in for none other than Shahid Kapoor on Jhalak Dikhla Jaa while he takes his new wife Mira Rajput on their honeymoon in London.

Producers of the show were keen that the ‘energy quotient’ of the show didn’t dip and so asked Salman to step in for a week.

Salman is also expected to appear with Sooraj Pancholi and Athiya Shetty who are promoting their film, Hero.

Salman will also be starring in director Sooraj Barjatya’s next film, Prem Ratan Dhan Payo, which is expected to release later in 2015.