Bigg Boss 12 is getting ready for a change and the gossip is that Katrina Kaif might be co-hosting the show with Salman Khan. Along with some more bold controversy to be added to the show.

Bigg Boss has turned out to be one of the most entertaining shows in Indian television. Using UK’s Channel 4’s original Big Brother concept, the show in India has developed a cult following and even made Bollywood film stars out of some of the contestants like Sunny Leone.

With Bollywood superstar Salman Khan at the helm as the presenter on the reality show for the last seven years, there is no doubt that his selection since season 4 in 2010 has contributed to the show’s popularity.

In 2011, Sanjay Dutt did co-host with Salman for that series.

Reports now say that the makers are looking at taking the show to higher levels to increase its audiences, viewers and appeal. They are planning something big, really big! According to sources.

The rumours are that Katrina Kaif might be co-hosting with Salman Khan on the show for Bigg Boss season 12.

The show’s makers feel the actress would be an ideal choice to co-host with Salman because of her playful attitude with him and the fact that she is possibly the only Bollywood star that can throw digs, jibes and pot-shots at him easily and get away with it!

If this is true, this is huge news for the show and certainly will get fans and audiences revved up to see Katrina on the same small screen as Salman, jointly presenting the show.

Katrina has appeared on Bigg Boss 4, 9 and Bigg Boss 11 previously for promotions of films and some celebrity participation in the show. But this will be a completely new experience for her as a co-host if it happens. 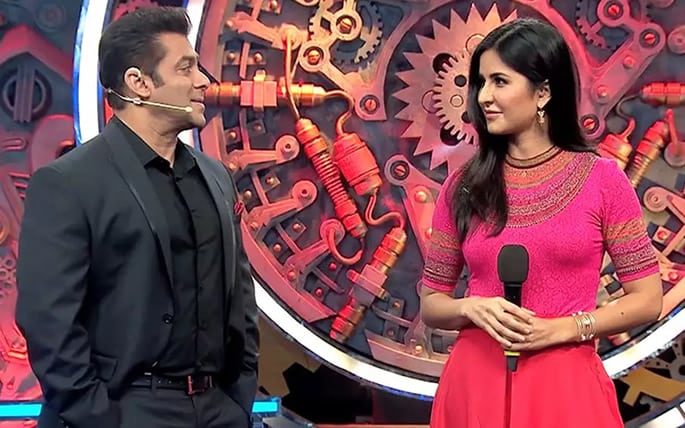 With her recent appearance with Bhai in the 2017 Bollywood film, Tiger Zinda Hai, there is definitely an opportunity for the chemistry between the pair to be extended to the television screen for a reality show like Bigg Boss.

The aim is to increase the show’s Television Rating Point (TRP) rate, which is how TV shows are measured for performance in India. Because Bogg Boss season 11 did not get the high TRP’s the show’s makers expected.

The Bigg Boss format is also looking to have some changes made to it, to make it more interesting and complicated for season 12.

With the voyeuristic content of the show always keen to grab eyeballs, the idea is to add more masala to the show.

The contestants will enter the Bigg Boss house as ‘jodis’ for this series and there are plans to feature some really controversial participants.

Since the contestants will be paired up to enter the house, they could be from all walks of life and backgrounds like saas and bahu, boss and secretary, and bother and sister. Plus contentious entrants such drug addicts, military personnel, journalists and even ghost hunters too. 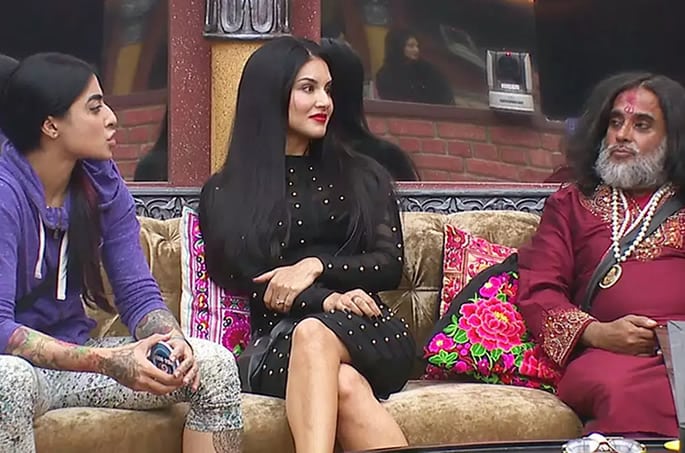 Known in the past for featuring contestants who stirred controversies like Swami Om, Dolly Bindra and Zubair Khan, gossip around the new season says the spice may well be added with people from the adult industry like they did for Bigg Boss 4 with Sunny Leone. This move would certainly increase ratings.

They are looking at making this the boldest season of Bigg Boss to date with the hunt contestants who could be for escorts, strippers and sex addicts.

In addition, there is talk of same-sex couples being featured on the season 12 instalment of the show. A source close to programme revealed:

“There’s a high probability of a same-sex couples walking in the show. A gay or a lesbian couple will be shortlisted. Apart from that, there is a hunt for controversial personalities like someone who is in the business of exotic dancing and adult services.”

“They want a really controversial duo, so chances are that a jodi that is into the adult business could enter the show,” added the source.

So, it looks like the makeover of Bigg Boss 12 could very well include the co-hosting of the gorgeous Katrina Kaif alongside Salman Khan and contestants who will certainly make the house very interesting with their higher sexualised and spicy backgrounds.

Amit enjoys creative challenges and uses writing as a tool for revelation. He has major interest in news, current affairs, trends and cinema. He likes the quote: "Nothing in fine print is ever good news."
Sanju: 5 Reasons to Watch this Sanjay Dutt Biopic
Shahrukh Khan: Why there is only one ‘King Khan’