Salman Khan oozes sex appeal with Katrina Kaif as they grace the cover of Vogue India, making the edition one of the hottest shoots for 2017!

With this jaw-dropping pose, the duo certainly show off their "sizzling chemistry".

With the run-up to Tiger Zinda Hai‘s release, all eyes are on Salman Khan and Katrina Kaif. Now, they’ve set fans’ hearts racing as they grace the cover of Vogue India.

The magazine unveiled its new edition on 1st December 2017. A perfect start to our weekends and for the Christmas countdown.

The pair sticks to an all-black dress code for the cover. Salman looks impeccable as he wears a black shirt with dark jeans, with his hair neatly styled.

Meanwhile, Katrina steals the spotlight in her gorgeous outfit. She dons a backless, black dress, composed of sheer material. Tantalising fans with her stunning legs, she also matches the outfit with knee-high, red boots.

The actress lets her hair loose, cascading down her back in luscious waves. Katrina keeps her makeup subtle, choosing a glossy, nude lip with smokey eyeshadow and eyeliner.

As she embraces a sitting Salman, he lifts her leg up, showing his defined biceps. With this jaw-dropping pose, the duo certainly show off their “sizzling chemistry” – making this one of the hottest Vogue India covers of the year! 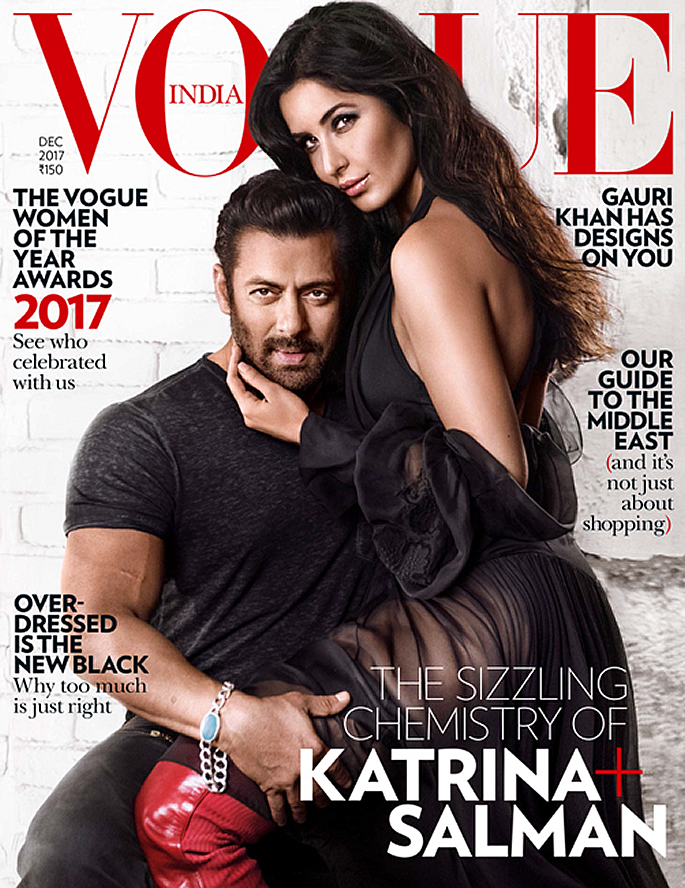 The pair also spoke to the magazine for an intriguing interview, reflecting on their famous friendship. Of course, fans will remember the celebrities’ romance in the 2000s; private, yet highly speculated.

Indeed, it was only after they ended things that Katrina confirmed the relationship.

Despite that, they still remain as close friends. Just don’t mention the word ‘mentor’ to the Bollywood actress! Vogue India posed the question of whether Salman acted as one to her. Katrina quickly replied:

“He’s not my mentor.” To which Salman adds: “She won’t allow that, but you know the world knows or at least perceives it that way.” 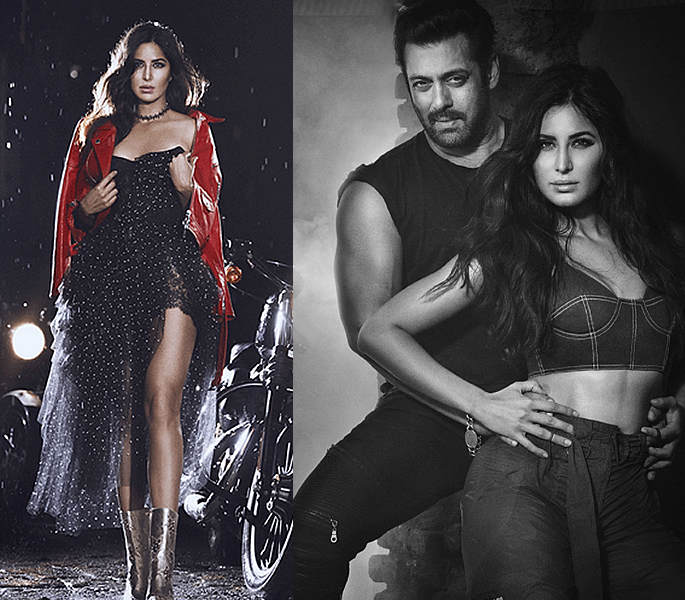 Salman also discussed privacy with Vogue India. His on-screen reunion with Katrina has driven fans wild over the year, wondering if sparks would reignite between them. However, Salman commented:

“To a star there has to be this mystery around, where everybody can say whatever they want about them but the star will never share that. Our living rooms are for the world, for the whole country, but our bedroom is our personal space.”

Now with their sizzling chemistry, we can’t wait to see the action film, out on 22nd December!