“Everyone saw Ranbir talk with [a Lakmé model] on the stage mid-way through the show.”

Katrina Kaif is the latest celebrity to cover the Fall Fashion edition of Vogue India, rocking a sizzling tribal look.

Styled by Anaita Shroff Adajania, the actress appears mesmerising as she seductively kneels towards the camera.

A large tribal necklace adds an extra fierce dimension to the shoot, and completes the fall fashion look book perfectly. 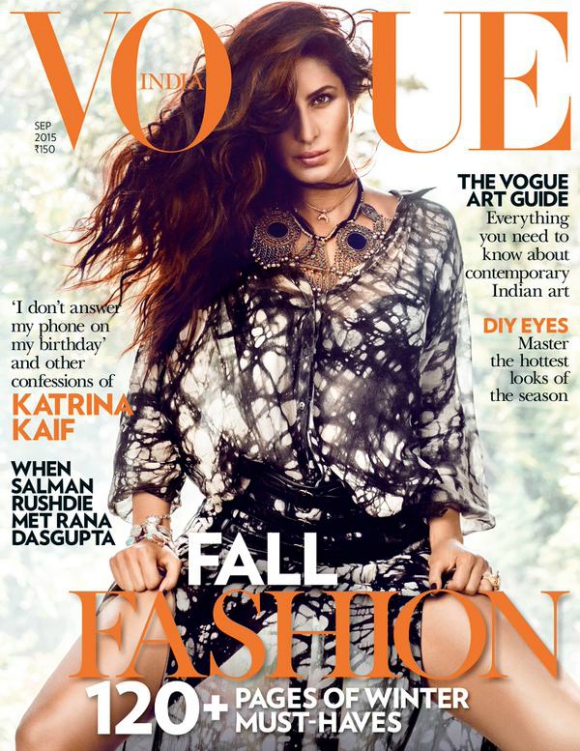 This comes as Kat’s eighth Vogue India cover, making her a veteran in the magazine modelling game.

The Bollywood beauty has the power to get the whole male population swooning over her, but apparently not so much over her beau!

Rumour has it Ranbir Kapoor has had his eyes elsewhere, specifically towards a tall, gorgeous model at Lakmé Fashion Week Winter/Festive 2015.

Sources say: “Everyone saw Ranbir talk with her [Lakmé model] on the stage mid-way through the show. He later came back stage and spoke to her for a while.” 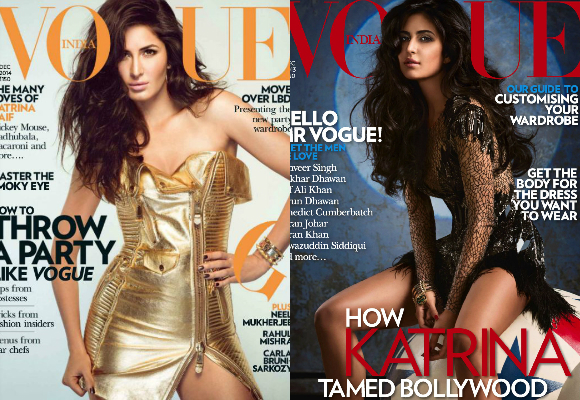 Katrina also ran into trouble during her recent Phantom (2015) endeavour, when a Pakistan court banned the movie in the country due to controversy concerning the 26/11 Mumbai terror attacks.

Let’s hope the bad spell of events comes to an end for the actress, who is recently spotted leaving for London to kick start her Baar Baar Dekho journey, with co-star Sidharth Malhotra.

Regardless of the many rumours floating around, Katrina manages to maintain her focus and seduce the crowd with her stunning Vogue India cover.