Shilpa Shetty is about to team up with ex Spice Girl turned fashion designer, Victoria Beckham, as talks about their collaboration are already underway!

"The deal is likely to be locked in December this year."

Shilpa Shetty is rumoured to be joining forces with fashion powerhouse and ex-Spice Girl, Victoria Beckham.

But now, the Dhadkan (2000) actress is keen to get stuck into the high fashion world, working alongside big fashion moguls, such as Victoria.

Close sources reveal that the fashionistas have already discussed their business endeavours, saying:

“Shilpa met Victoria’s team when she visited London in June. Their discussions seemed positive, and they were keen to collaborate.

“Since Raj (Shilpa’s husband) is a successful businessman in the UK, he is well connected there. This will help Shilpa’s venture.” 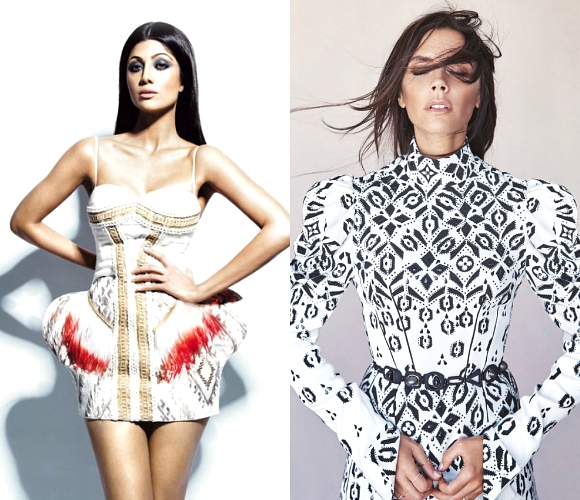 Although it is clear that the two will join forces, the details are being firmly kept under wraps.

What we do know is that we won’t have to wait long to see the two ladies come together.

Insiders say: “The deal is likely to be locked in December this year.”

Victoria is no stranger to Bollywood fashion, with celebrities such as Priyanka Chopra wearing her designs on the red carpet.

If all goes to plan, ‘Posh Spice’ will be more involved than ever in the Bollywood scene.

Victoria and Shilpa share a common ground in a variety of areas. The two are known for their exquisite taste in style, as well as their common bond in motherhood.

More interestingly, they have each made successful transitions from one spotlight to another.

Whilst Victoria left the iconic Spice Girls to focus on a fashion career, Shilpa has delved deep into the designing world since her Bollywood success. 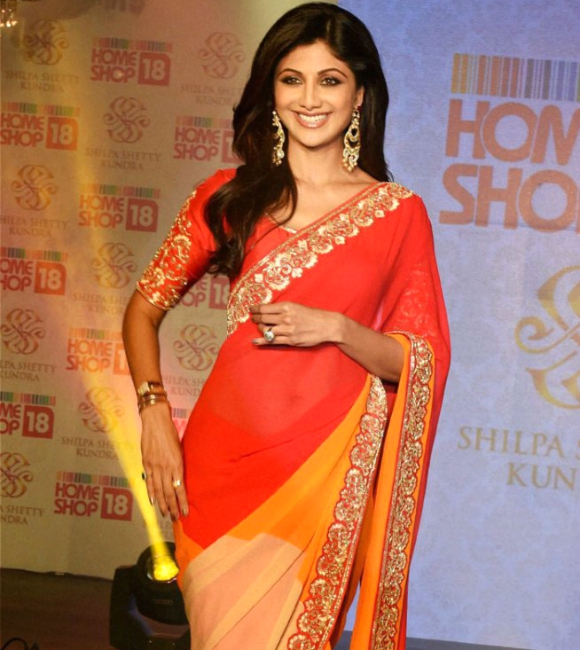 Teaming up with HomeShop18, Shilpa’s SSK saree line is crafted with the modern Desi woman in mind.

Using lighter fabrics and heavier embellishments, the modernistic collection is budget-friendly for consumers.

Since gaining popularity during her stint on the UK reality TV show, Celebrity Big Brother, Shilpa now plans to open a SSK store in London.

Sources reveal: “Shilpa, who spends a lot of time in London, understands how huge the demand for an Indian apparel segment is there.

“Indian clothes and accessories are a huge range in the UK and when approached with the idea of opening an SSK store there, she was open to explore the opportunity.”

It seems the 40-year-old is focused on making her fashion print in the UK, with both her affordable SSK line and potential collab with Victoria.

The actress-turned-model knows what it takes to become successful in the fashion world and to create unique, runway clothing.

After strutting her stuff down the catwalk for Divya Reddy at Lakmé Fashion Week Winter/Festive 2015, Shilpa has more than enough experience to make it in the UK fashion ring.

With all of her past achievements and celebrity contact list, we are certain that this collaboration with Victoria Beckham will be one to watch!

Images courtesy of The Indian Express, Vogue and Grazia magazine