Shilpa Shetty Kundra has turned designer, launching her own line of sarees. The Bollywood star has teamed with HomeShop18 in an exclusive deal for the ‘SSK line’.

Adding to an impressive resume, Shilpa Shetty has turned designer to release her own line of sarees.

The Bollywood star and ex-Big Brother contestant has teamed with eTailer HomeShop18 to release her exclusive line.

Sarees currently contribute to over 25 per cent of HomeShop18’s lifestyle range. The firm hopes the affordable, premium brand collaboration will further boost sales ahead of the festive season.

“HomeShop18 has always been at the forefront of innovation and in a yet another first, we’re proud to launch a range by Bollywood star and fashion icon Shilpa Shetty Kundra.

“The exclusive SSK sarees offer our customers a premium collection at an affordable price point and supreme quality. We believe this partnership will revolutionise designer-wear by making it accessible to women across India. 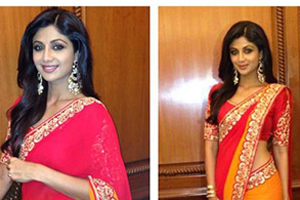 “HomeShop18 sees the collaboration as an opportunity to grow its already popular apparel category by over 50 per cent.”

Shetty’s international popularity was cemented after being crowned the winner of Celebrity Big Brother 5 in 2007.

The actress piqued Jermaine Jackson, brother of the belated Michael Jackson, to the top spot with 63 per cent of the final vote.

Shetty donned a piece from the new collection to walk the ramp at the special launch event. Times of India report the actress saying: “The sari is one of the most popular and versatile outfits, which makes you look glamorous and dignified at the same time.

“The SSK collection has been designed keeping in mind an Indian ethos with a modern twist, light fabrics and embellishments enhancing their richness, with the biggest prerequisite being budget-friendliness.”

The initial launch collection boasts six designs. The inspiration to design the range reportedly came from Shetty’s mother: “Ever since I can remember, I loved sarees primarily because my mother used to wear them to work and I would love the way they looked on her. 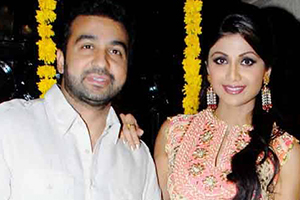 “After I started wearing sarees, I would tell my designer friends, yeh colour kardo, yeh print add kardo, yeh fabric hai, etc. That’s when I realised that since I design for myself, I could totally do it for my fans.”

The eTailer launched mobile shopping in 2013 and became India’s first online shopping TV channel in 2008. They are now committed to delivering to over 3,000 cities.

The announcement follows reports of a car accident involving Shetty and her husband, Raj Kundra, earlier this month. The Phir Milenge star was reportedly involved in a collision with another car whilst on her way to a store opening event.

According to reports, Shetty was fortunate to come away from the collision unhurt, and her bouncers clashed with the involved party whilst she left the scene.

Since the accident, the star has tweeted about her coming fashion line, posting a photo and telling her 3.1 million followers: “Excited to launch SSK sarees with India’s fav shopping channel.

“My first sari from the SSK line for Home shop 18 will be available from the 11th October.”

With so many other Bollywood actresses now moving into fashion, Shilpa’s line promises to ooze Indian filmy glamour and haute couture.

Zak is an English Language and Journalism graduate with a passion for writing. He is an avid gamer, football fan and music critic. His life motto is “Out of many, one people.”
Faisana Studio creates Diwali Pop Up Shop
Sania Mirza models Ritu Pande at WIFW