Varun Dhawan proves too hot to be handled in the new cover for GQ magazine’s September Style Special edition, and continues to make girls weak at the knees.

GQ has a new front man on their latest issue, with Varun Dhawan posing on the cover of the September Style Special Indian edition.

We have already seen the actor break hearts in a variety of topless photoshoots, but this one may just tip you over the edge.

Varun is all suited and booted for the shoot, donning a dapper Canali shirt with an emerald Gucci suit to match, and a Breitling watch to bling up his look.

Captioned ‘Varun Dhawan Has All The Moves’, he certainly looks smooth and suave in this snapshot, seducing everyone with his cheeky grin.

But girls will have to wait in line if they wish to get a slice of the fine looking heartthrob, who is currently dating long term girlfriend, Natasha Dalal.

His pristinely preened hair and Senga pocket square paint a handsome image of the 28-year-old, who has recently returned from Istanbul after completing an ad shoot. 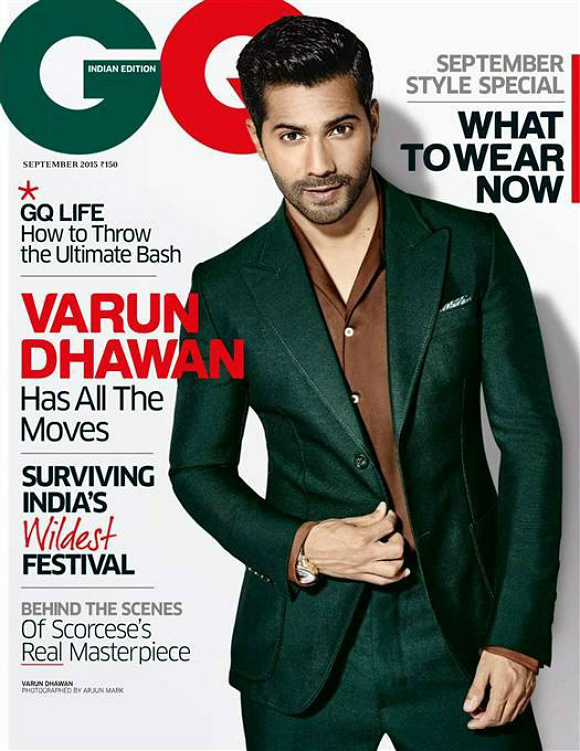 Varun took time out of his busy schedule to proudly tweet his recent GQ cover.

But things didn’t seem so rosy for the actor earlier in the week, when he slammed a media report for misquoting him in an article.

The star tweeted: “Just got back from Istanbul and the first thing I read is a quote of mine I never gave about hanging out with actors. #stupid.” 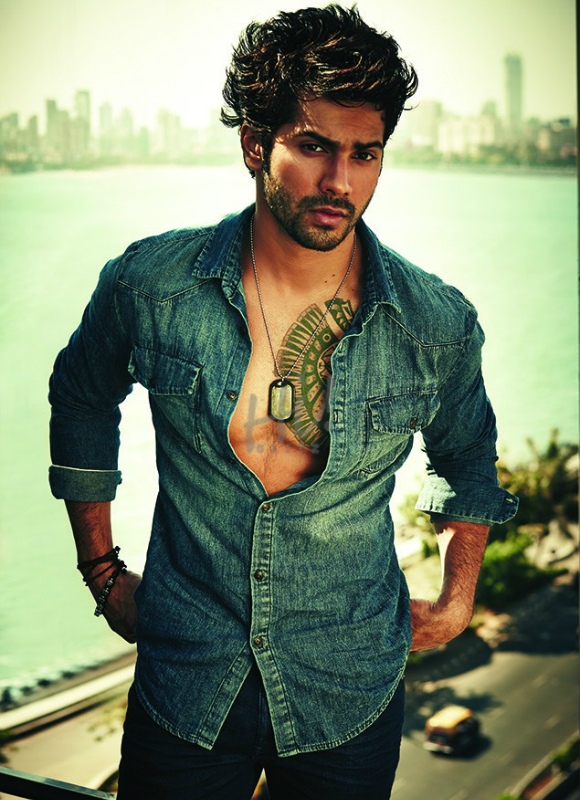 Aside from his Twitter spats, the ABCD 2 (2015) star looks fully booked with film releases and appearances this year.

Varun is set to be part of his brother’s movie, Dishoom, starring John Abraham and Jacqueline Fernandez. He is also scheduled for Rohit Shetty’s Dilwale (2015).

Fans can also expect the heartthrob to work alongside the beautiful Alia Bhatt in an upcoming production by Karan Johar.

Images courtesy of GQ India and The Man magazine