There has been a lot of buzz around Judwaa 2. It has been revealed that heartthrob Varun Dhawan will launch two songs from his new film at IIFA 2017.

"I will be launching ‘Oonchi Hai Building’, and with ‘Tan Tana Tan’ we have a surprise."

‘Oochi Hai Building’ and ‘Tan Tana Tan’. It is hard to imagine that both of these peppy tracks released 20 years ago. In fact, they sound equally fresh and relevant today.

After all these years, one of these songs will be revamped and launched for the sequel, Judwaa 2, which has also been directed by David Dhawan.

At a press conference ahead of IIFA Awards 2017, which will take place in New York, Varun Dhawan tells the media:

“I’m launching my song of Judwaa 2 at IIFA. I will be launching ‘Oonchi Hai Building’, and with ‘Tan Tana Tan’ we have a surprise.”

“Well, ‘Tan Tana Tan’ is soon going to be my song. Because the sequel to Judwaa, which I am doing with my dad and Sajid (Nadiadwala) next year will feature a remix of the song.”

He also added: “It is and will always remain Salman Bhai’s song.” 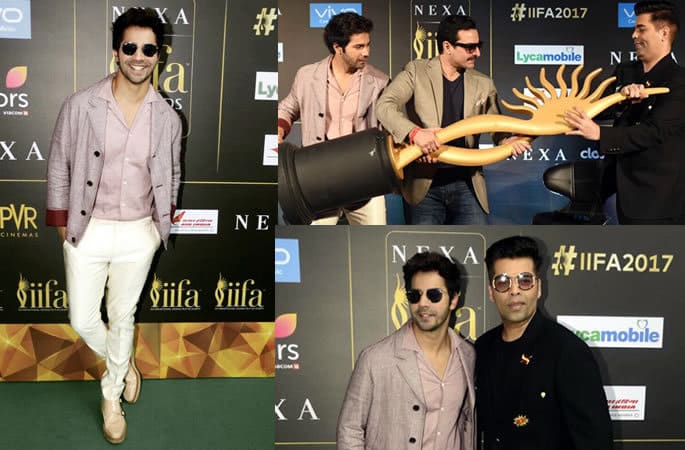 On a similar note, the original composer Anu Malik also previously mentioned to Business Of Cinema about the songs getting remixed:

“We have merged two antaras into one long chunk for the new song and made the beats catchier, we will be re-working ‘Tan Tana Tan’ as well.”

A video that was leaked on social media, shows Varun Dhawan and actress Taapsee Pannu rehearsing for the ‘Oochi Hai Building’ reboot in London.

From this video, it is believed that Neha Kakkar will be crooning the female vocals for the new version of the song.

“Happy to be part of the #IIFA familia. Thrilled for my debut at #IIFA2017 in New York. Get ready to party Bollywood style.”

As well as Dhawan, Saif Ali Khan and Karan Johar were also present at the press conference. The pair are set to host this year’s awards ceremony.

We are certain that there will be a double dhamaka with Varun’s presence and the Judwaa 2 tracks launch at IIFA Awards this year.