Boxer Amir Khan celebrated his 33rd birthday on December 8, 2019. He spent the occasion with his family and celebrated in style.

"feels great to be spending it with my precious little girls."

December 8, 2019, was a special day for boxer Amir Khan as he celebrated his 33rd birthday.

The former world champion has had a long career in the ring so it is hard to imagine that he has only just turned 33.

Amir enjoyed a quiet but stylish celebration with his family. The boxer, who was sporting a lighter hairdo, sat down with his “precious little girls” Lamaisah and Alayna to blow out his candles.

His wife Faryal Makhdoom shared glimpses of the celebration on Instagram.

One of them showed Amir posing with his two daughters and two lavish birthday cakes. One cake was covered in white icing with gold details and featured a pair of boxing gloves with the initials “AK.”

The other cake was covered in chocolate and featured flower detail in the corner. 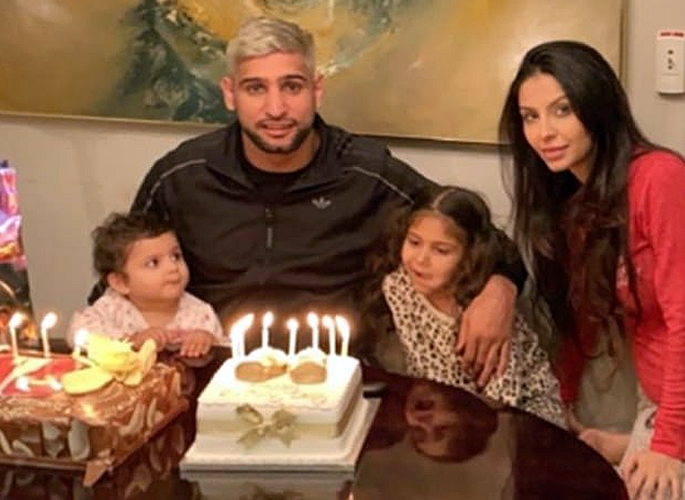 Gold balloons also surrounded the room with one prominent balloon having “Happy Birthday King Khan” written on it. This is a reference to his boxing nickname.

Khan took to Instagram to thank his followers for their wishes. He posted:

“Thanks everyone for the birthday wishes. 33 today and feels great to be spending it with my precious little girls.”

Faryal also shared a message about her husband, writing:

“Happy birthday to my favourite boy, I love you.”

During the birthday celebration, Amir Khan was smiling throughout, holding his youngest daughter while Lamaisah helped him blow out his candles.

Faryal shared the touching snaps of the family celebrating her husband’s birthday.

It was not just Amir’s age, which changed, his silver-coloured hair was pointed out. The boxer revealed his newly-dyed hair on December 5, 2019, as he sat at a hairdresser.

Amir liked the change but wanted to know what his fans thought. He shared the look on Instagram and wrote:

“Went for a bit of a change. What do you guys think?”

His new look appeared to have gone down well with followers as many dubbed him a “silver fox.”

One person even thought his hairdo made him look like former One Direction singer Zayn Malik. 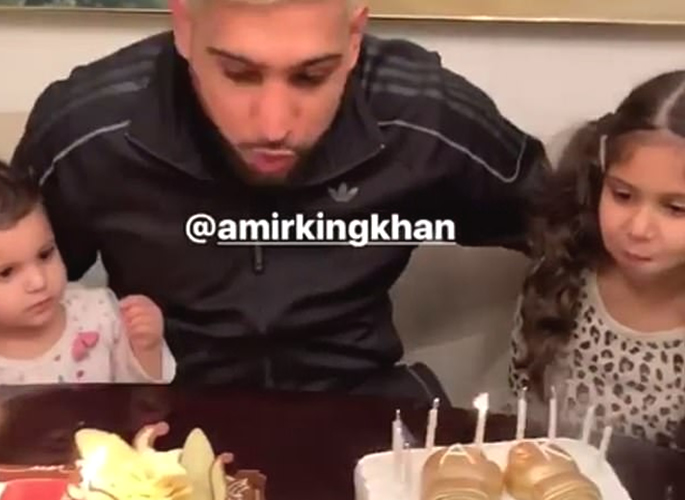 While Amir Khan has been active away from the ring, he is eager to lace up his gloves for another bout.

He wants to secure a fight during the first quarter of 2020. There are a number of names that have been considered including the legendary Manny Pacquiao and Khan’s domestic rival Kell Brook.

On whether a fight between the pair could happen, Amir said:

“I’ve never shied away from any fight. I’ve never turned down any fight, so that’s another reason why the fight could happen.

“These are big fights out there. I’m in a really fortunate position that being pro for like twelve, maybe thirteen years, that my name is called out by the best.

“My name is still being associated with the best”