The Unnao rape victim who was set on fire after being sexually assaulted died of her injuries. Her death has led to an eruption of angry protests.

"they poured petrol on me and set me on fire."

Angry protests have erupted following the death of the Unnao rape victim.

The 23-year-old woman had accused five men of gang-raping her in 2018.

She had been on her way to a court hearing when she was attacked by a group of men, including two of the accused who had been released on bail.

They brutally beat her before setting her on fire, suffering 90% burns to her body. She was taken to a hospital in New Delhi where she died on December 6, 2019, from a cardiac arrest.

In an ongoing investigation, five men have been arrested in connection with the attack.

The woman’s death prompted a wave of angry protests. Relatives and locals mourned outside her home in Unnao, Uttar Pradesh.

Meanwhile, protestors in Delhi organised a candlelit march to the India Gate in her memory and have demanded justice.

Some protests even became violent, with police taking action in order to control the situation. 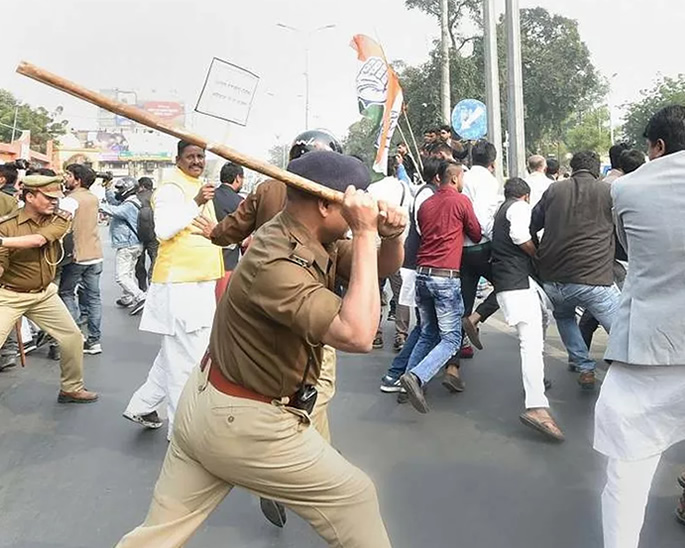 The Unnao rape victim was airlifted to Safdarjung Hospital in New Delhi where she was able to give a statement from her hospital bed prior to her death.

She told police that she had been stabbed and beaten before being set on fire.

The woman explained: “They surrounded me and first hit me on the leg with a stick and also stabbed me in the neck with a knife,’ she said.

“After that, they poured petrol on me and set me on fire. When I started shouting, a crowd collected and the police was called.”

The victim’s sister called for the men to be sentenced to death and stated that she and her family would continue to fight the case.

The woman’s father explained that one of the accused had been in a relationship with his daughter. After she ended their relationship, the suspect and his accomplices allegedly raped her.

Following his daughter’s death, he also called for the death penalty, stating:

“Either hang the killers or encounter them like Hyderabad.”

“If all this does not happen, then drop the bomb on our house, so that it can end. I no longer have the strength.” 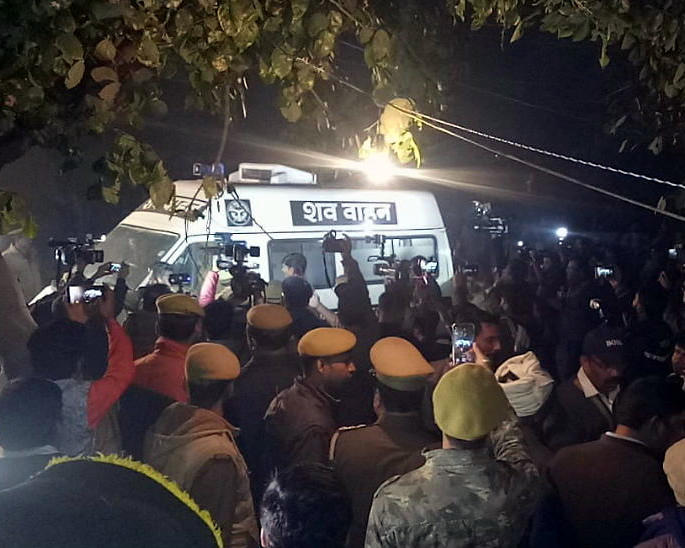 The woman had filed a complaint in March 2019, claiming to have been raped at gunpoint on December 12, 2018.

Uttar Pradesh’s chief minister Yogi Adityanath ensured that the case would be fast-tracked and the “strictest of punishment will be given to the culprits”.

After the death of the Unnao rape victim, the state’s government was criticised by Priyanka Gandhi, general secretary of the Congress party.

She said that they failed to protect the victim, even after an incident where a young woman was injured in a hit-and-run after accusing a BJP member of rape.

According to police in Telangana, the suspects had been reenacting the incident to police when they attempted to escape, leading to the shooting.

Their deaths drew a mixed response. Some praised the shooting while others condemned the unlawful shooting.

The veterinarian’s body had been found burnt following a premeditated attack in which she was raped and killed.

The suspects had been arrested but had not been charged when they were shot. Police claimed that the men grabbed their weapons and began shooting. They were killed when officers returned fire.

People celebrated their deaths but lawyers and activists accused the police of using “arbitrary violence” to avoid accountability.

One lawyer called it “murder in cold blood” while Amnesty International called for a full investigation into the “extrajudicial execution”. 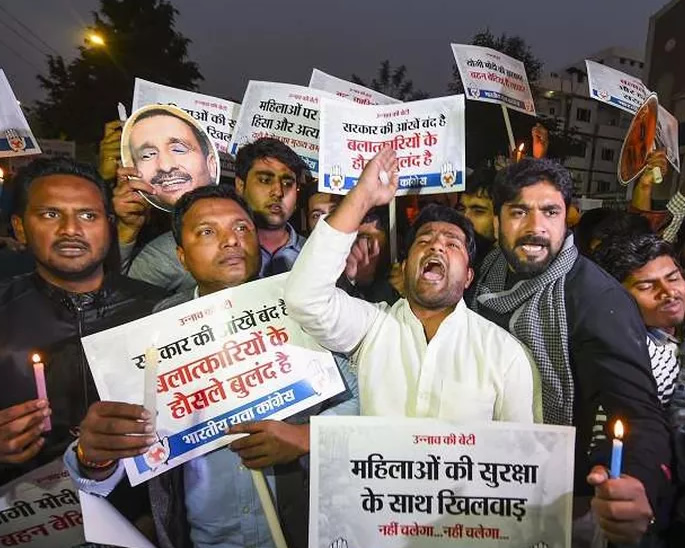 Following the arrests of the five men suspected to have been involved in the murder of the Unnao rape victim, there is concern that they will be subjected to the same police action as the alleged rapists in the Priyanka case.

The families of the accused fear that they will be killed in an extrajudicial shooting prior to a court hearing.

The mothers of two of the suspects stated that if their sons are convicted, they should be lawfully punished. While they fear an encounter, they believe their sons are innocent.

One mother said: “If my son is found guilty then according to the law, he will be punished. They (the suspects) should not be confronted like Hyderabad.”

The sister of one of the suspects agreed that her brother should be lawfully punished if he is found guilty.

She went on to say no matter what her brother’s actions are, it will never shame the family. She added that he is being implicated in the case as part of a conspiracy.

Dhiren is a journalism graduate with a passion for gaming, watching films and sports. He also enjoys cooking from time to time. His motto is to “Live life one day at a time.”
‘Ring and Bring’ Drug Dealers jailed after Police Sting
Amir Khan celebrates 33rd Birthday with Family in Style