Fights and violence between police and crowds erupted at a concert performed by popular Punjabi singer Babbu Maan.

"A few of them in the crowd started to throw objects."

With the popularity of Punjabi singer Babbu Maan attracting record crowds at his concert near Jalandhar in Punjab, the show got marred by violence and fights between the crowd and Punjab police.

The concert took place in Raipur on the evening of March 2, 2020, following a Kabaddi tournament.

Excited crowds got out of control which led to police taking immediate action with baton charges towards rowdy members of the public attending the Babbu Maan concert.

With the crowds in their droves eager to get entertained by the well-known Punjabi singer, some of the members crowd began to request him to sing specific songs and continue singing, even after the concert time was up.

A ruckus developed with some men in the crowd who were drunk and disorderly who were located at the back of mobile stadia erected for the concert goers to use.

When Babbu did not comply with their requests, some members of the crowds began to throw items towards the stage. Including shoes, bottles and stones.

This subsequently erupted into a violent atmosphere which led to police intervening to gain control of the situation, which they said was getting out of hand.

Videos show the police charging people and hitting them violently with their batons. 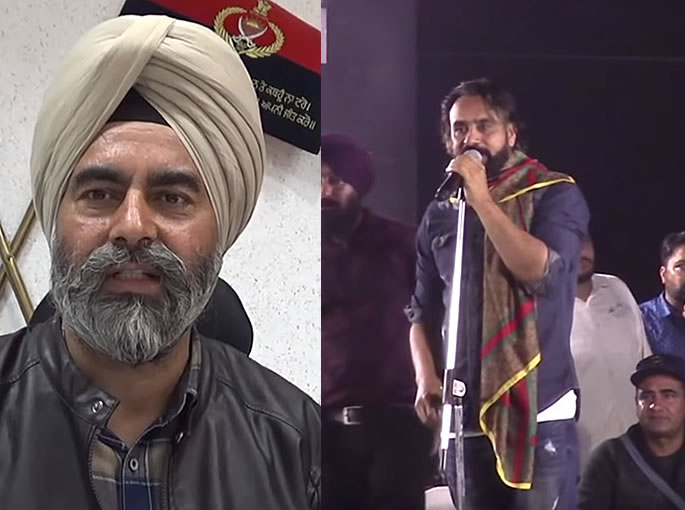 “At the Babbu Maan concert in Raipur, it was very congested with people.

“There were people at the front and crowds behind them.

“Those who were at the back said he should continuously keep singing and kept on requesting their songs from him saying, ‘play this song, play that song’.

“Then the excitement really got out of hand. A few of them in the crowd started to throw objects.

“At this point, we had to mildly intervene.”

When the officer was questioned about the amount of chaos taking place and the reason for officers hitting people fiercely with batons, he replied:

“Listen, when police need to set the system some action has to be taken.

“Those culprits who were responsible for the trouble have had FIR’s against them and we have made arrests as well.”

“The man that first threw the rocks, he was very drunk.”

“We are identifying others and as we find them we will take action against them.” 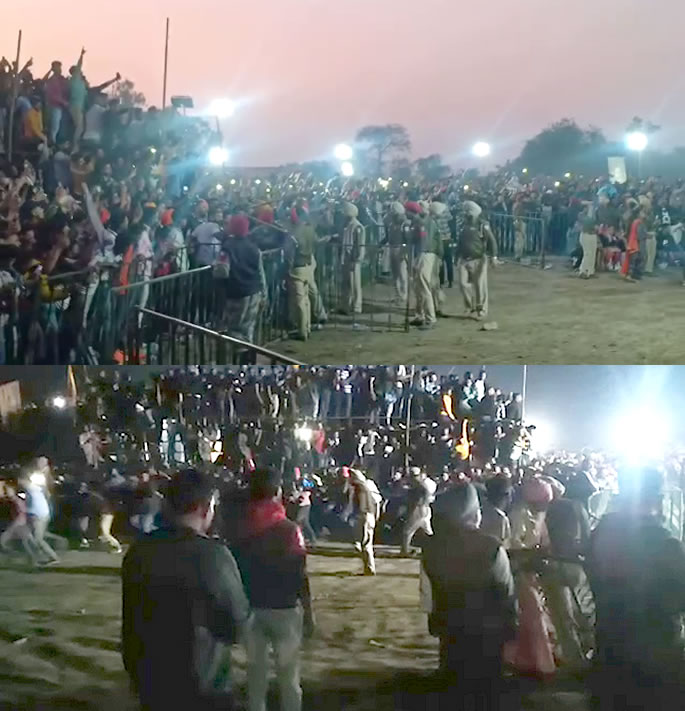 Two members of the police were also hurt in the fights and violence. One Assistant-Sub-Inspector had his badly uniform torn and another constable was injured by the rocks thrown.

The DSP was also questioned as to why Babbu Maan’s show was allowed to go-ahead and Sidhu Moose Wala’s shows have been banned from being performed.

“Sidhu Moose Wala had local groups register formal complaints against him and did not want any performances of his to be allowed.

“Whereas we have not received kind of complaint regarding Babbu Maan or that his shows should not go ahead.

“Otherwise, if we did then we would’ve considered it for sure.”

Regarding future concerts of this kind, the officer made a request that there needs to be proper barricading in place, an appropriate number of people should be allowed to attend and restricted entry should be issued.

Jas likes to keep in touch with the world of music and entertainment by writing about it. He does like hitting the gym too. His motto is 'The difference between the impossible and the possible lies in a person's determination.'
Ivanka Trump thanks Diljit Dosanjh for Taj Mahal Trip
7 Different Types of Veena Instruments