A 10-year-old Pakistani girl named Farishta was raped and murdered in Islamabad. The incident has led to a wave of protests.

"Shame on this system of useless police and hospitals"

The body of a Pakistani girl was found in some bushes on the outskirts of Islamabad. The girl was identified as 10-year-old Farishta.

The victim was from Khyber-Pakhtunkhwa and it was discovered that she was raped before she was murdered.

According to the victim’s father, the girl went out to play with her friends on May 15, 2019 but did not return.

After failing to find her, the family became worried that she may have been abducted.

They went to the local police to report the matter, however, they allegedly refused to file an FIR, therefore delaying the search for the girl.

Farishta’s father, Gul Nabi, claimed that he visited Shahzad police station several times requesting an FIR, however, he was unsuccessful.

Mr Nabi alleged that he was treated badly by the police every time he visited the police station.

The SHO also allegedly accused the victim of eloping with the suspect who later sexually abused and killed her.

This led to a protest by the girl’s family and relatives outside the police station. Police officers later registered a kidnapping case and on May 20, 2019, the girl’s body was found. 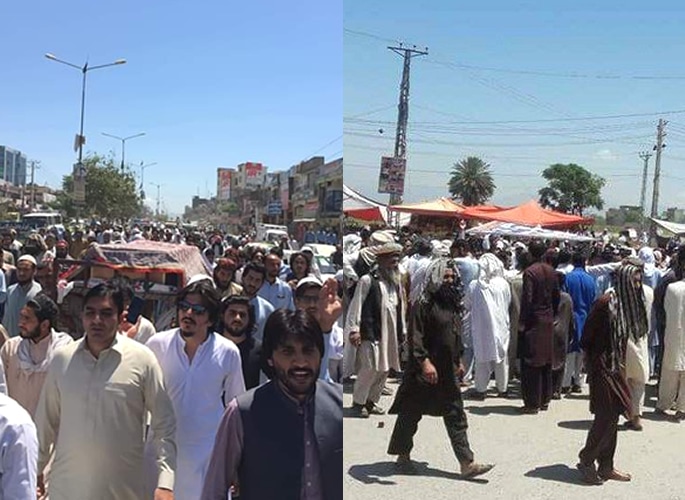 Widespread protests ensued as people expressed their anger over the police inaction.

Farishta’s family placed her body on the road in Taramari Chowk in protest against the alleged police inaction. They said if the FIR was registered immediately, it could have prevented the death.

Mr Nabi claimed his daughter’s body had injury marks which suggested she had also been tortured.

Media groups and activists took to Twitter to speak about the murder of the Pakistani girl and to voice their anger at the authorities. This resulted in the top trend in Pakistan becoming #JusticeForFarishta.

“She was raped and murdered and Polyclinic hospital is refusing to carry out postmortem.

“Shame on this system of useless police and hospitals, only cronyism works.” 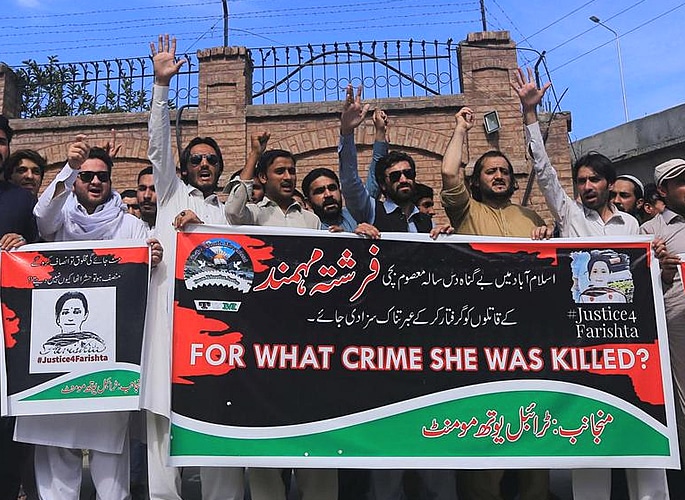 He added: “In an effective system, police would have registered FIR upon complaint from the child’s parents about her being missing, traced her and abductors, and prevented her rape and murder.

“But no, even the hospital won’t carry out a postmortem after all that happened.”

Anchor Zarar Khuhro recalled the case of six-year-old Zainab Ansari, where action was only taken after politicians forced the issue.

Normally I would say 'dont politicise this issue' but if it takes exactly that to get a GODDAMNED fir registered then politicise away! Same thing happened in zainab case…govt only woke up when tahir ul qadri and others jumped in #JusticeForFarishta

Update: Just spoke to @ShireenMazari1 she is following up the case closely, Postmortem has been done and there will be an update on FIR soon. #justiceForFarishta https://t.co/VtTxwphnKH

Interior Minister Ijaz Ahmed Shah took notice of the protests and ordered the authorities to take immediate action against the suspects. He also ordered the Islamabad police chief to submit a detailed report as soon as possible.

National Assembly Speaker Asad Qaisar negotiated with citizens to call off the protests after getting an assurance that the suspects would be arrested soon.

The Islamabad police chief suspended the Shahzad police station SHO and ordered a departmental inquiry against him for delaying the registration of the FIR.

He also assembled a two-person investigation team to arrest the suspects as soon as possible.

Dhiren is a journalism graduate with a passion for gaming, watching films and sports. He also enjoys cooking from time to time. His motto is to “Live life one day at a time.”
Lavish $2 Million Indian Wedding in Turkey celebrated in Style
Businessman uses Knife to threaten Sex Worker in Hotel