The Popularity of WhatsApp

There are so many Smartphone apps available today, but WhatsApp is one that has really taken over the app world. DESIblitz examines why this free messaging app is so popular, especially among Asians.

WhatsApp is the most popular instant messaging service used in the UK.

Smartphone culture has really taken over the lives of many Asians, especially British Asians.

Aside from the intriguing fact that you can use a smartphone for practically any purpose you can think of these days, it has now become even easier to communicate with friends and family across the world.

In the world of Smartphones, ahead of games, WhatsApp is rocketing through the sky with over 400 million monthly active users. Impressively, 100 million of these users joined between September and December 2013.

The company, WhatsApp Inc. was founded by two former employees of Yahoo!; an American Brian Acton and a Ukrainian, Jan Koum who is the CEO. 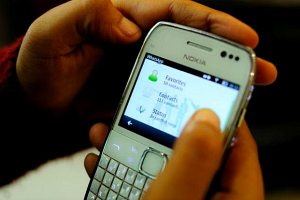 Developing the app in 2009 in Santa Clara, California, it has in the space of 4 years taken the world by storm. Writing on his blog, CEO Koum explains:

“A few short years ago, my friend Brian and I set out to build a messaging service with a single focus: best possible user experience.

“We bet that if our team of engineers could make messaging fast, simple, and personal, we could charge people directly for the service without having to rely on annoying banner ads, game promotions, or all those other distracting ‘features’ that come with many messaging apps.”

The app helps users send text and picture messages, as well as short videos, all around the world with no cost, as long as you are connected to the Internet. You can also opt to broadcast messages to all of your contacts, and create specific friend groups with their own ringtone.

Typically, sending images and videos through traditional means can cost you considerably on a mobile; with WhatsApp it is free. Users of the app send 11 billion messages and receive 20 billion per day. An idea so simple has truly become a global phenomenon.

So why is WhatsApp so popular? According to LiveWorld, 15 per cent of global Internet traffic occurs through mobile users. It is also estimated that around 50 per cent of users (with web access on their phones) will use their mobiles as their primary method of scouring the web. 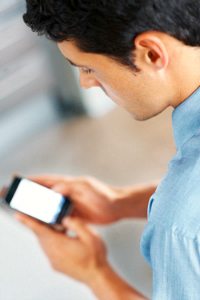 With Wi-Fi and 3G data so readily available, and with the added benefit of 4G which is starting to make headway in the UK, Smartphone users have no qualms about using instant messaging apps like WhatsApp and bypassing the traditionally ‘longer’ Facebook route.

In November 2013, The Guardian reported that Facebook had admitted to losing some popularity with its users, especially among teenagers. Facebook, in comparison to WhatsApp’s 400 million users, boasts a monthly 1.2 billion active users.

However, reports indicate that its unprecedented success has led to many ‘mums, dads and elders’ joining the social networking site.

This has had an adverse effect on younger generations who now look to instant messaging as a preferred way to communicate.

WhatsApp has rapidly taken over the app world, and it’s no different here in the UK. British Asians have taken to the craze of WhatsApp as much as everyone else; WhatsApp is the most popular instant messaging service used in the UK.

Salma Khan, a primary school teacher, thinks that it is a brilliant idea: “I think it is a very handy way to keep in touch with people. When I go out to meet friends, we normally WhatsApp each other to let each other know where we are.

“At the same time I can keep in touch with my cousins in Pakistan too. It has taken over text messaging definitely and it’s much cheaper.”

Farah Salim, who is working in Germany, also agrees: “Living abroad makes it very hard and expensive to connect with family and friends back in the UK. This way I can message my sisters and it costs all of us nothing. It’s definitely ideal if you are living abroad.” 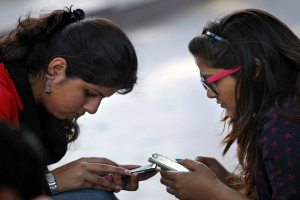 The instant messaging application for Smartphone’s has become a big hit, and now the company have brought out a new feature to add to the already successful app.

Like before you are still able to send your family and friends text messages and pictures, but now you can also record a message. By holding down the microphone icon, you can send a voice message that can last as long as you like.

Sam Lodhi, an Accountant, agrees: “I have to travel a lot with work, and this way I will be able to keep in touch with my family more easily and save money. Sometimes you just want to hear each other’s voices, so it’s ideal.”

Bringing out their new voice control button puts them head to head with their competitors such as WeChat and Facebook. They are making connecting to loved ones and groups of friends much easier.

If a message is not typed correctly, it can be translated wrongly. However, with this feature you will never have that problem again. It is also likely to decrease the prices of mobile phone bills.

With so many easy-to-use features that take away any effort from the user, it is no wonder that WhatsApp is rapidly becoming the most used messaging service anywhere. So if you haven’t already downloaded the app, you better get on to it as you really are missing out.

Huda is a travelling journalist. After spending a year and half in China, she is planning her next travel destination. Huda is a bit of foodie and loves trying out new restaurants. Her motto is 'everything happens for a reason.'
The Console Wars ~ PS4 v Xbox One
Travelling on a Budget