With the festive season well and truly upon us what better way to celebrate than with the latest consoles to line stockings and beat the winter blues. DESIblitz delves into the console wars between the PS4 and Xbox One.

No matter how versatile a console may be, what really matters are the games.

After the buzz created at E3 in July 2013 about the next generation of consoles, gaming giants Sony and Microsoft have finally released the PS4 and the Xbox One.

There’s already been great success for both companies as millions of copies have been sold worldwide. But which one would you go for?

With the festive season upon us, DESIblitz takes you through some of the key features of both consoles to help decide which is the one for you.

After success with the PS3, Sony is back with their 8th generation console, the PS4. The announcement of a new console was made in February 2013, and fans could not wait to get their hands on the new console. Over 200,000 PS4’s were sold in the first 2 days in the UK alone.

Aesthetically pleasing and easy on the eye, the PS4 maintains its sleek black finish. The home screen, known as the PlayStation Dynamic Menu, builds on the XrossMediaBar on the PS3 giving players a chance to display their trophies proudly and even browse the internet whilst gaming.

There is also a focus on user identity as players can create their PlayStation profiles using real names and profile pictures much like Facebook and Twitter. 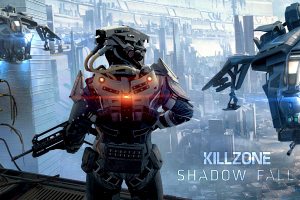 However what really stands out is the new dualshock 4 controller which boasts a touch pad offering a new dimension for players to dictate the gameplay, along with an innovative light bar to distinguish various controllers.

Also there has been a major improvement upon the Eyetoy, with the newly improved camera having the capability to record gameplay and, with an in-built microphone, users can now narrate their gaming journey.

The exclusive games are equally impressive. Killzone Shadow Fall was released on launch date and received a positive score of 74/100 from Metacritic.

Other PS4 games scheduled to be released include one of the console’s flagship games as inFAMOUS makes a return to our screens with inFAMOUS: Second Son releasing in March 2014.

One excited gamer said: “The future of not just gaming but the future of entertainment has arrived.”

With great multiplatform games such as Fifa 14, Battlefield 4 and Call of Duty: Ghosts already released, there is plenty for fans to tuck into over the festive period and well on into the New Year.

Competing with the PS4 is Microsoft’s third home console, the Xbox One. Over 1 million were sold on release day and claimed the prestigious title of being the highest selling console on Black Friday in the USA.

The Xbox One has a 500GB memory and is now capable of playing blu-ray discs. The controller, although remains largely unchanged now has a slimmer battery compartment helping to improve comfort when used for long and intensive gaming sessions.

The Kinect camera has also been tweaked with a better microphone that remains on for the user to interact with the console via voice commands, even if the console itself is in sleep mode. It can also now scan QR codes for access to Xbox Live gift cards, perfect for the holiday season. 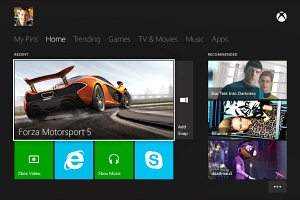 With a Windows 8 like UI, users can use Skype and surf the web using the Kinect camera.

Gamers can even watch TV through the console using the IR blaster in the Kinect camera and have access to an electronic programme guide.

Microsoft has also worked hard to ensure they’re ready for the next generation of TV’s.

When asked about the capabilities of the Xbox One with 4K TV’s, Vice President of Marketing and Strategy, Yusuf Mehdi stated: “There’s no hardware restrictions at all.”

On hearing this, one Xbox fan said “It’s great to know that Microsoft is thinking ahead already.”

However no matter how versatile a console may be, what really matters are the games. There are great games already released such as Ryse: Son Of Rome which sees the player taking control of a Roman general in a lifelong quest for revenge and Forza 5 (see our Top 5 Games of 2013 for a review).

Ardent fans will also be happy to know that the popular Halo series will be making its début on the console (date of release to be confirmed).

It is hard to pick a winner from these two as both offer great value for money by ensuring many hours of usage and enjoyment.

They have had a warm welcome from gamers around the globe and over their lifespans will continue to grow with new games, updates and accessories. It may be a good idea to make room for both the PS4 and Xbox One under the tree this year.

Amarjit is a 1st class English Language graduate who enjoys gaming, football, travelling and flexing his creative muscles writing comedy sketches and scripts. His motto is “It’s never too late to be who you might have been” by George Eliot.
Happiest Places to Live in the World
The Popularity of WhatsApp