With Horizon Zero Dawn and Halo Wars 2 coming out so close to each other, DESIblitz compares Sony’s and Microsoft’s most recent console exclusives.

February 2017 has seen the release of two big console exclusives from Microsoft and Sony. One is an open-world action-RPG, the other a second attempt at real-time strategy on consoles.

Yet, both are some of the first console exclusives to have come out this year for both companies. And moreover, they are both different and similar in ways beyond their genre.

Comparing the two console exclusives could prove an insightful look into the current priorities of Microsoft and Sony. 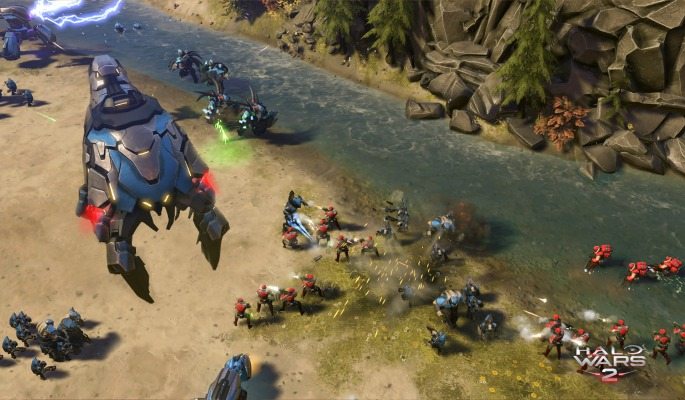 Here, most obviously, Horizon Zero Dawn comes out on top.

Set in a green, post-apocalyptic world inhabited by massive, robotic creatures, Horizon Zero Dawn sees Aloy searching for the truth of what happened to civilisation.

From the game’s reveal at E3 in 2015, Horizon Zero Dawn captivated the audience with its distinctive take on the post-apocalypse.

Sony opened this year with a completely new intellectual property, while Microsoft fell back on a franchise that it’s been using as a crutch for over a decade now. 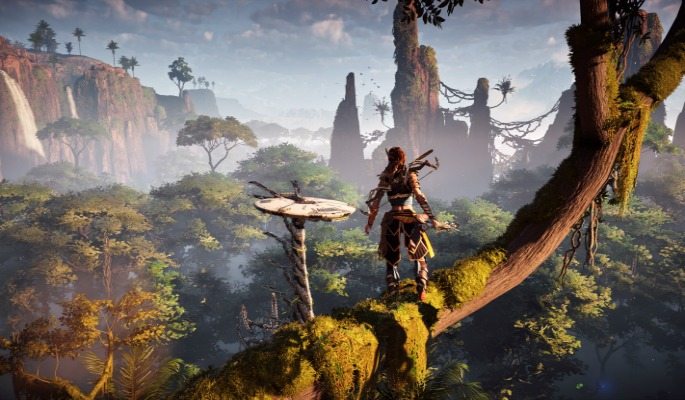 When it comes to gameplay, somewhat ironically, the roles are reversed. Horizon Zero Dawn is a rather standard, action-RPG affair. Meanwhile, Halo Wars 2’s real-time strategy makes it as unique in all the ways its setting isn’t.

Horizon Zero Dawn has an open world that most gamers will feel quite familiar in. The world is populated with various checklist tasks that have been a staple of open-world design ever since its popularity in Assassin’s Creed.

There are towers to climb that unlock pieces of the map; there are areas to clear out enemies. None of this is new.

Of course, Horizon Zero Dawn does play around with its robotic opponents. And likewise, Halo Wars 2 is in its own way as iterative.

Halo Wars 2 was designed to suit the limitations of console gaming. To this end it employs game systems pioneered years ago with the first Age of Empires.

You build a base, you build troops, you search the map. You alter your army to exploit the weaknesses of your opponent, and then again after they try to counter. It’s the rock-paper-scissors of real-time strategy, and hardly new.

With this said, Halo Wars 2 has the advantage in being a rarity for console gaming. Console real-time strategy games are few and far between. Focused on a smooth strategy experience for the Xbox One controller, the game relies on radial menus while emphasising action most of all.

This is evident in Halo Wars 2’s multiplayer offerings – which sometimes do away with the logistical base-building component entirely.

Whilst both games rely on tried-and-tested systems, in its own way, Halo Wars 2 is quite unique when it comes to gameplay. 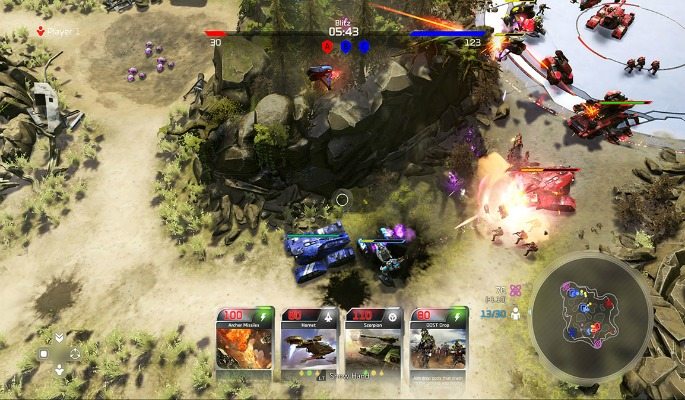 These are some final points to wrap up on with these console exclusives. In terms of showing off their home console’s horsepower, Horizon Zero Dawn is an easy win.

The game features bright, lush vistas and character work straight out of the Uncharted series. It’s a beauty to behold.

This is especially true on the PS4 Pro, where the game benefits from 4K support, bringing Horizon Zero Dawn’s already stunning visuals into even more vivid clarity.

Blitz relies on single-use cards to play – which players earn via challenges or bought. This makes Blitz, at best, a game that can be played only infrequently, or at worst, a mode that’s pay-to-win.

With Halo 5: Guardians and Gears of War 4 also having featured monetised game systems, it seems this will be a staple of all Microsoft exclusives from now on.

This perhaps makes Sony’s relative avoidance of such practices – in Horizon Zero Dawn and beyond – even more admirable. 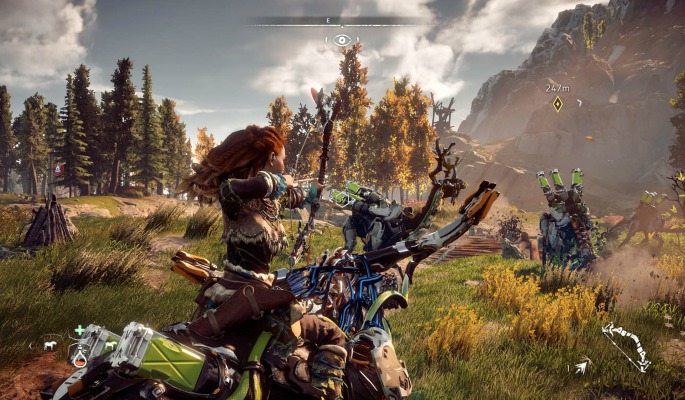 Deciding which exclusive is fundamentally “better” is beside the point. Halo Wars 2 and Horizon Zero Dawn are very different games, after very different audiences.

Nevertheless, comparing the two console exclusives reveal so much, with both having come out so close to each other.

Sony, it would seem, has a greater eagerness to expand its franchises with new ones, even if that means relying on game mechanics less innovative.

Microsoft, on the other hand, would seem eager to search for new audiences in the latter area, even if that means wheeling out a very established franchise once again.

Meanwhile, while Sony steered clear of any predatory consumer practices, despite the risks of a new IP, Microsoft monetised a key part of the Halo Wars 2 experience.

Whilst neither of these games are the companies’ only releases for 2017, they both, all the same, seem to say something about Sony’s and Microsoft’s current preoccupations.