Horizon Zero Dawn unleashes the Hunter in You

From Watchers to Sawtooths, each robot owns unique abilities and powers to fight.

Horizon Zero Dawn has finally been released in the UK after its first announcement at E3 2015. And it will soon arrive in India on the 8th March 2017.

The PlayStation 4 exclusive, which DESIblitz compared with Halo Wars 2, is set to be action-packed and presents a new take on the post-apocalypse.

DESIblitz reviews the game to give you a taste of what to expect.

Aloy, confused about her outcast status, sets to prove herself before her tribe. However, she discovers the Machines are becoming more dangerous and wreaking havoc. Meanwhile, a new tribe have appeared, also hellbent on causing destruction.

First, let’s start with the graphics. The scenery is absolutely stunning and developers Guerrilla really utilised the PlayStation 4’s capability to create excellent graphics. Combine this with the precise lighting, the game creates a realistic environment. 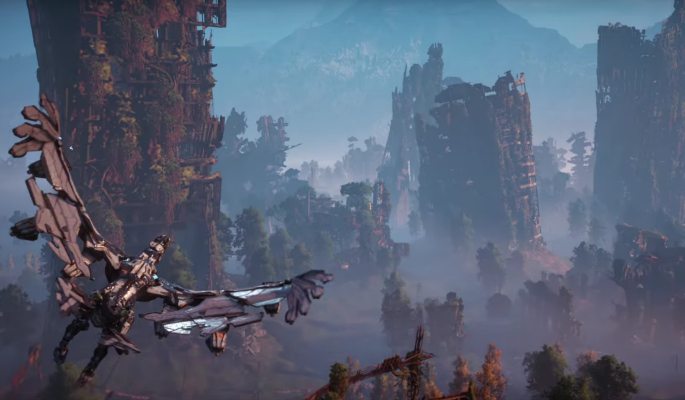 Horizon Zero Dawn showcases a vast array of Machines. From Watchers to Sawtooths, each robot owns unique abilities and powers to fight.

Guerrilla Games brilliantly executed the combination of animal and robot to create interesting, yet deadly enemies.

The world is also rich with various tribes and locations. While it doesn’t include multiplayer, Horizon Zero Dawn creates an engaging single-player campaign where players will want to learn more about this new world and what happened before.

As can be expected with a huge open-world RPG, the game brims with side quests. While Horizon Zero Dawn categorises them into different types, they appear as regular side quests that players are familiar with.

Stealth is Not Just an Option

Horizon Zero Dawn will really appeal to those who like taking a sneaky approach to attacks. In the tutorial, there’s a heavy focus on stealth and there’s a very good reason why.

In DESIblitz’s playthrough, an encounter with Watchers (enemies who alert stronger foes when they spot you), ended up with a chase and fight by a river. Simply running away and hoping enemies will forget you is not an option.

Horizon Zero Dawn’s enemy AI really addresses how important stealth is. But there is another key reason as to why stealth is important – hunting.

Horizon Zero Dawn aims to focus heavily on the hunting aspect of this environment. While there are traders around, the best way to get supplies is to forage for them. Throughout travels, players will find infinite resources for medicine, arrows, etc.

Wild animals and robots provide the best type of resources, so players need to think carefully on how to hunt them. Running in with arrows blazing won’t work.

With the use of a handy old civilisation gadget (known as a Focus) Aloy finds early in the game, players can track enemies’ paths, tag them to keep track and discover their weak points. This will help players on choosing the right strategy to fight enemies. 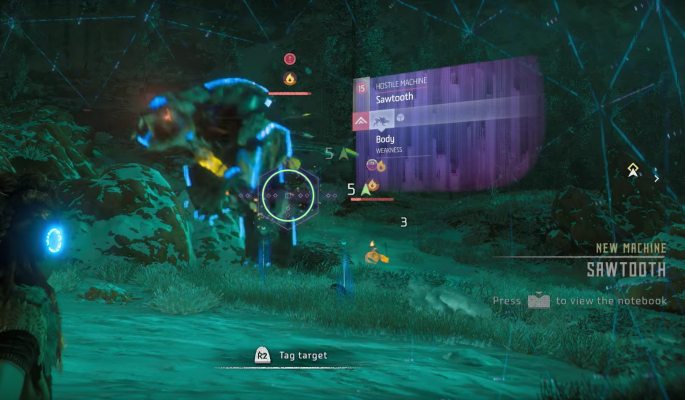 Crafting is an equally crucial element. This can allow players to add modifications to improve weapons and outfits.

Even fast travelling, a game mechanic made popular by in games such as Fallout, is only available if you have the right tools. Players can craft Fast Travel Packs with foraged supplies, but they can be used only once.

In order to frequently fast travel, you need a steady amount of Fast Travel Packs.

Not only can players scavenge numerous tools and resources, they can find collectables. Horizon Zero Dawn offers numerous types of collectables. However, data points are the most interesting as they reveal snippets of the world before.

Throughout the game, players will earn experience and progress through levels. Each level unlocks new skills for you to pick. They are split into three categories: Prowler, Brave and Forager.

Brave provides new abilities to help out in combat when players have to attack in the open.

The beautiful graphics help to immerse players fully into a wonderfully lore-rich world. The story keeps players hooked as Aloy discovers more about the world herself and her past. The quests and collectables offer players infinite hours of gameplay.

The game also wonderfully executes the stealth combat gameplay very well. With the use of the Focus and multiple weapons, players can become true hunters in Horizon Zero Dawn. The mechanics are easy to grasp, so players will enjoy the stealth gameplay. 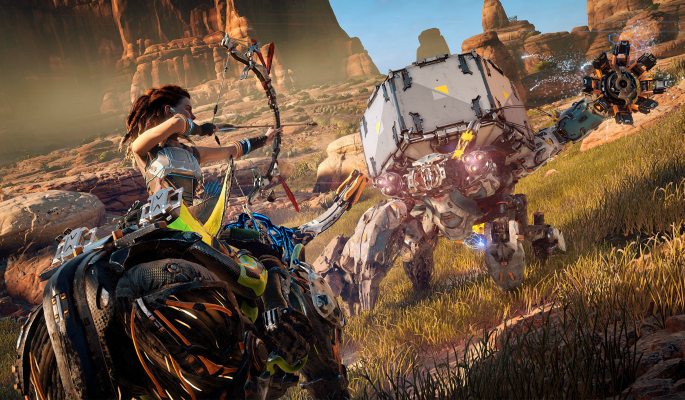 However, DESIblitz came across many graphical issues. Certain cutscenes contain clipping issues, mainly with hair cutting into characters’ bodies. And in a couple of instances, some characters were missing their chest and arms. Saving in a fireplace would resolve the issue.

Also, some will miss the luxury of infinite fast travelling. Many quests involve long-distance travelling, so having to continually find resources for Fast Travel Packs may prove tedious.

In addition, some of the side quests don’t offer much new to players. At times, the game may feel very reminiscent of other open-world games, such as Assassin’s Creed.

Overall, Horizon Zero Dawn offers players a new, stunning world with a gripping story. With excellent gameplay and much to offer, this truly is a game worth checking out.

Images courtesy of Sony Entertainment and their Youtube channel.