Amir Khan is set to release his first video game, Khanage, to coincide with his highly anticipated middleweight fight against Saul “Canelo” Alvarez.

The game coincides with Khan’s highly anticipated middleweight fight against Saul “Canelo” Alvarez that has been scheduled for May 7, 2016 .

Aptly called ‘Khanage’, the game features Amir Khan on a quest to be crowned the greatest fighter on the planet and utilises the boxer’s history of seemingly being avoided by high profile fighters in its narrative.

In Khanage, Las Vegas becomes a battlefield and fighters will do anything to avoid a bout against Amir Khan, even if that means sending out deadly robots to try and stop him in his tracks.

As the player, you are in control of Khan and must fight through legions of these bionic menaces in order to dethrone the current kings of boxing.

Interestingly, the mobile game pays homage to Bolton-born boxer’s real life career, where bouts against the likes of Floyd Mayweather and Manny Pacquiao have eluded Khan and it’s not for lack of trying on the part of the boxer. 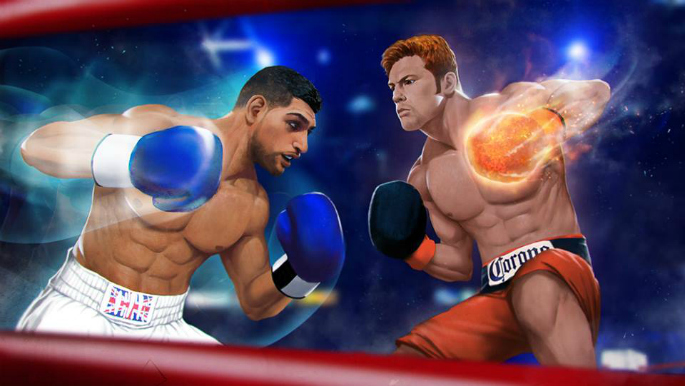 King Khan has insisted in the past that Mayweather is “scared” to fight him and, a couple of months ago, claimed he even offered to fight the former welterweight king for free.

Khan spent much of 2015 trying to organise a fight with Mayweather but was snubbed as ‘Money’ cashed in on an early retirement after a final win against Andre Berto.

Having turned his attentions to Manny Pacquiao, Khan was once again denied as the ‘Pacman’ opted to face Timothy Bradley for a third time instead.

Promoter Bob Arum had said in October 2015 that it would be Pacquiao’s last fight before he concentrated on a career in politics but he backtracked on that statement meaning a fight between the Brit and Filipino could still occur.

Developers Digital Shoguns, one of the UK’s leading 3D animation studios, are behind the project. 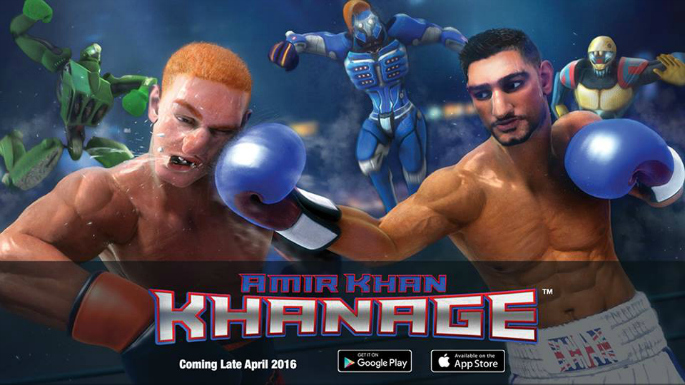 The London-based studio was responsible for the 3D characterisation of some of Hasbro’s biggest brands, including Monopoly Junior, Scrabble Junior, Cluedo Junior and Game of Life showing some significant pedigree.

Khanage will be free to download on iOS and Android on Monday 17th April 2016, with in-app purchases ranging from special kits to vital items to survive the robot onslaught.

Celebrity apps have been all the rage in the last few years and many tend to be cheap money making clones of existing successful mobile games.

However, Khanage looks to buck that trend with a very compelling use of Khan’s frustrations in his own career, impressive 3D animation and tight gameplay.