Telltale Games release the final instalment to the Game of Thrones series, Episode 6. The fate of House Forrestor is in your hands in this epic conclusion.

“The gamer gets to interract directly with the wannabe queen of Westoros.”

The makers of The Walking Dead, Jurassic Park and Back to the Future releases their final instalment to the Game of Thrones games.

Telltale makes Episode 6 in conjunction with HBO, hence it features characters and actors from the beloved TV series.

CEO and co-founder of Telltale Games, Kevin Brauner, states it is their ‘most ambitious and diversly presented episode we’ve ever produced’.

The fate of House Forrester is revealed in this epic conclusion and with the way the game is set, their fate is in the hands of the player.

Their position will be based on the conclusions made in previous games.

The events in this game coincide with Season 4, as they end before the book A Storm of Swords.

As a result, the characters are essentially caught up in the consequences and actions surrounding the War of the Five Kings. 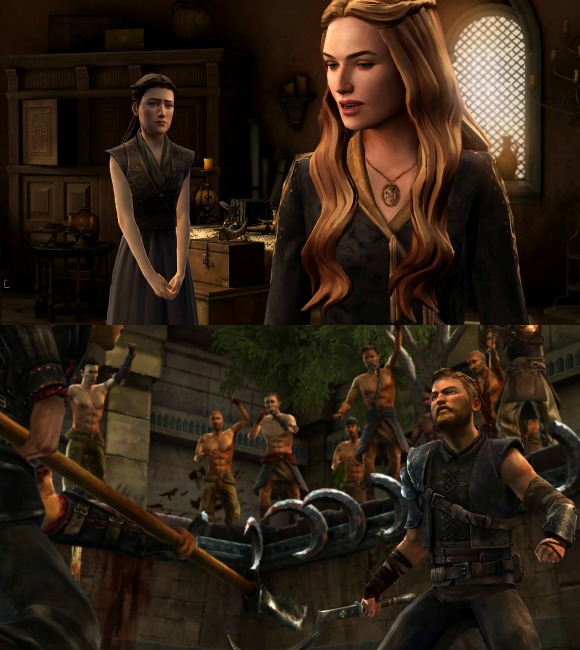 The style of releasing games as episodes is part of Telltale’s philosphy, as they have a long history of releasing episodic games.

Such a different and unique approach gives games an oppurtunity to produce the narrative like one would in a TV series or a story.

This episodic video game works on the basis that for every action, there are multiplie choices available.

It therefore tailors the gaming experience to the player and allows groups of friends to make different decisions and discuss or watch the consequences.

Emilia Clarke, who plays Daenerys Targaryen in the TV adaption, says: “You can get involved and create you own storyline.”

Episode 6 is primarily centred around the actions of key characters in House Forrestor.

Though it has not been introduced in the TV series, it is briefly mentioned in A Dance with Dragons. 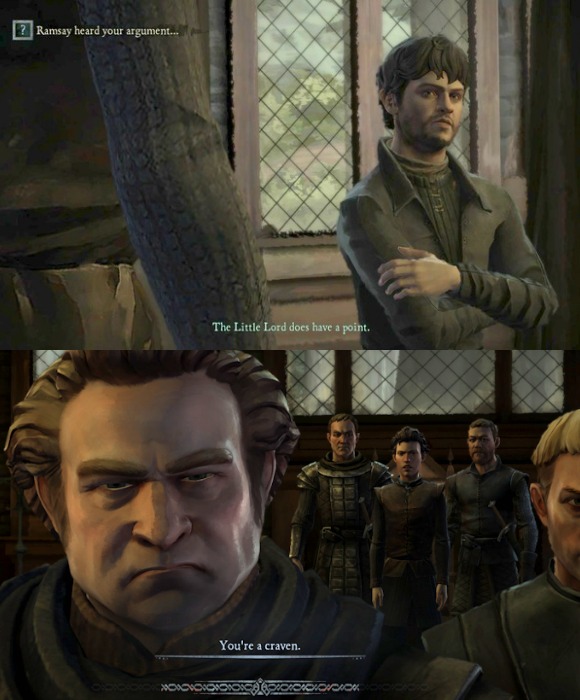 The house hails from Ironrath, which is a fortress in the north. They are of minor nobility, however they are major vassals sworn to House Stark.

The game takes place mainly in Ironwood, expanding to other locations as the game pans out.

This includes other areas in Westoros, such as Kingslanding and Castle Black, and even further out in Essos.

Players take the role of different members of the Forrestor Household. This allows players to naturally experience different sides to the world.

Well-loved characters, like Margery Tyrell, play farily heavy roles in this game, alongside many others like Danaerys, giving the gamer an oppurtunity to see dragons, Tyrion Lannister and many more.

The arguably likeable yet terrfying Ramsey Bolton/Snow also causes havoc and terror to everyone he meets.

As Miria Forrester is the handmaiden to Margery Tyrell, actress Natalie Dormer states: “The gamer gets to interract directly with the wannabe queen of Westoros.”

This game really gives the oppurtunity for fans to get a more fleshed out feeling of the world of ice and fire.

And the world is currently still being expanded, with standalone books featuring new and old characters, like in the Tales of Dunk and Egg. 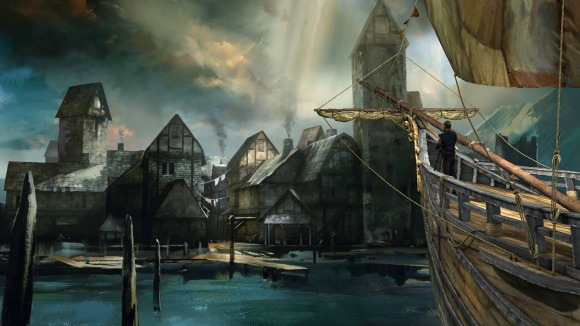 Characters in the game that are also seen in the HBO adaptation are modelled around the actors.

This creates an interesting experience, allowing fans to truly immerse themselves in the journey and experience.

Although the graphics are not comparible to the likes of Uncharted or Tomb Raider, they do hold their own uniqe elements. 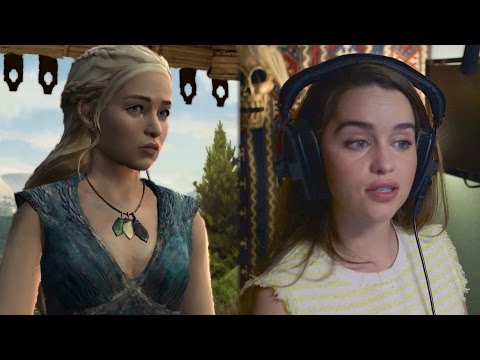 This final instalment is looking to be the most exciting yet. Depending on choices made in the previous games, the players will finally learn the fate of their characters.

Whether it will be the demise of House Forrestor or their sucess, you have ultimate control over what happens.

Skype with Bollywood Mojis and Emoticons
Most Anticipated Games of 2016