Actress Katrina Kaif has revealed dreams of an appearance in Game of Thrones, by sharing an image of herself in a sultry, Dothraki-inspired bikini.

With this sensational image, we can't wait to see the rest of her Vogue photo shoot!

Many would put not put Katrina Kaif and Game of Thrones in the same sentence. But it appears the starlet has a huge dream of appearing in the popular fantasy series!

She revealed her aspirations to her Instagram fans by sharing a sizzling image. Posted only on 23rd August 2017, it quickly gathered over 450,000 likes.

As part of her Vogue photo shoot, Katrina looked utterly divine in a seductive bikini.

With warm, earthy colours and tribal designs, the actress looked the perfect fit for a Dothraki role. In the show, the Dothraki act as a powerful, warrior tribe, led by Daenerys Targaryen.

Katrina Kaif posed against an enchanting backdrop of a clear, azure sky and sandy beaches. With this sensational image, we can’t wait to see the rest of her Vogue photo shoot!

She revealed her dreams of appearing in Game of Thrones with the caption: “Can I be in #gameofthrones pleeeeeasseee … #ilovejonsnow #pleasetakemeintheshow #moodyandbroodingismything [sic]” 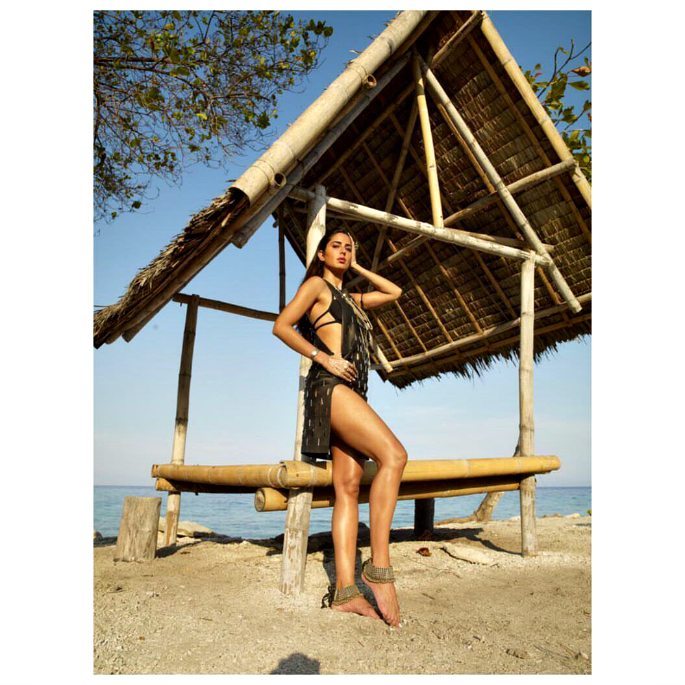 Many gave mixed reactions to her Game of Thrones dreams, questioning if she would have the capable skills for such a role. But with a hugely positive reaction countering those comments, it seems Katrina Kaif’s fans would love to watch her on the show.

This doesn’t mark the first time a Bollywood star has wanted to appear in the fantasy series. Back in 2015, actor Neil Nitin Mukesh claimed stunt director Greg Powell offered him a role after becoming impressed with his skills in sword fighting.

In an arguably embarrassing development, HBO confirmed that the star hadn’t been offered a role. Meaning he wouldn’t appear in the show.

However, with the show nearing its end, Katrina would have to impress it producers greatly if she landed a role. Currently, Game of Thrones is entering its seventh season finale, with the episode titled “The Dragon and the Wolf”.

Many GoT fans have speculated that the title refers to Jon Snow and Daenerys Targaryen. The “White Wolf” and “Mother of Dragons” respectively. But, as ever, another theory speculates that it actually refers to Rheagar Targaryen and Lyanna Stark, the recently-revealed parents of Jon.

Regardless, the finale will bound to be full of twists and shocks, leading to the final series.

Until then, we wonder if we see Katrina Kaif find some success with her Game of Thrones dream.