Shahrukh Khan’s new film Fan is accompanied by a mobile game. The Melting Pot trio delve into the beguiling relationship between Bollywood and Video Games.

Historically, big blockbuster films have had a poor relationship with video games.

There are excellent examples of good video game tie-ins including the sensational open world Spider-Man 2, the legendary co-op experience of Lord of the Rings: Return of the King and the glorious split screen experience that was Goldeneye.

However, there are countless cases of video games being rushed to coincide with a film’s release. Such titles include Green Lantern, Iron Man and the infamous E.T.

Bollywood has also has a hit and miss track record regarding video game tie-ins with titles such as: RA One Genesis, Singham Returns in Takedown and Dhoom 3.

Bollywood superstar’s Shahrukh Khan’s FAN – The Game is another questionable entry in the film to video game lineage as it is basically a bejeweled clone that doesn’t utilise the film’s compelling plot. 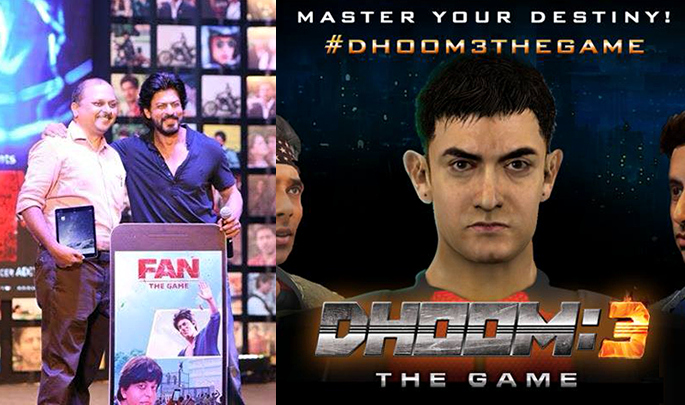 In this episode The Melting Pot trio discuss how Bollywood should approach their video game creations in the future as well as the video game industry within India which is still at an embryonic stage of development.

Video games are still an emerging market and only recently in India has there been a rise in wireless usage as well as mass ownership of mobile phones and PC’s.

For those not in the know The Melting Pot podcast is where a brown guy, a black girl and a white guy talk about video games in perfect interracial and inter-gender harmony.

Topics range from the controversial to the lighthearted from the respective worlds of gaming, nerd culture and technology!

Every episode will follow a structure to give listeners something to watch out for every time:

Listen to Episode 6 of The Melting Pot Podcast, Bollywood and Video Games here:

There is the opportunity to have special guests on the show too.

So, if you are interested and have lots to say about gaming and technology with a passion, do get in touch with us, so we can share your experiences with our readers and listeners!