DESIblitz brings you an exclusive gupshup with cofounder of Skyless Games Studios, Aradhya Malhotra, named in Forbes’ 30 under 30 2016.

Born in New Delhi and raised there until the age of 13, the ambitious cofounder of Skyless Games, Aradhya Malhotra has been named in Forbes’ 30 Under 30 list for 2016.

The 25-year-old has been using gaming as a platform for social justice, raising money and bringing awareness to issue.

His unique American-based company, Skyless Games, is paving the way for a new type of gaming.

In an exclusive gupshup with DESIblitz, Aradhya Malhotra tells us about working in the gaming industry and the struggles of being a foreign entrepreneur in the United States.

What was your initial reaction to being in the Forbes 30 under 30 list?

“I was pleasantly surprised and extremely honoured … I had been working hard to make it to the list but wasn’t expecting it just yet.”

How has being in the Forbes 30 under 30 list changed things for you?

“It’s been a lot of emails! On a serious note, it has really given credibility to my work in the area of using technology for social good. It means a lot to a young entrepreneur like me to be validated by such an important international publication. 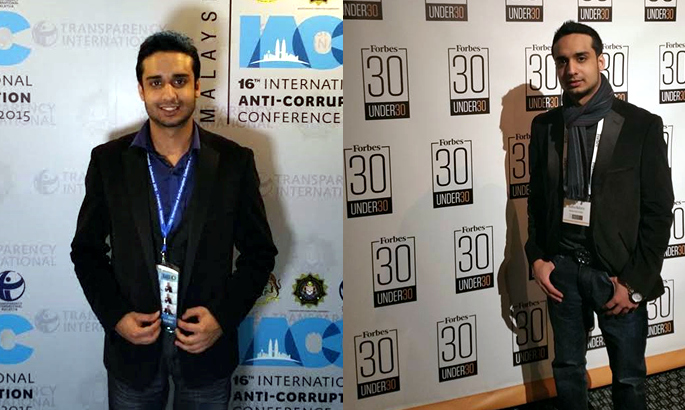 “I am still trying to fully comprehend the implications of making the list, but it is already opening a lot of doors for me to work with many social influencers and game changers.”

How would you describe the journey you took that led you to being the co-founder at Skyless Games?

“While I was away doing an internship in Germany,at Siemen. Chris Bennett and Oleksandr Levtchenko started a company called Hyperion Code that aimed to develop a collection of apps that increased personal and professional productivity.

“They had the idea and business model, but no technical capability or experience to develop apps. That’s when I got back from Germany and decided to join them as a technical co-founder.

“We soon started developing our apps, but two months into development, we realised that Google started making almost exactly the same products, but for free. We decided to fail fast and pivot. 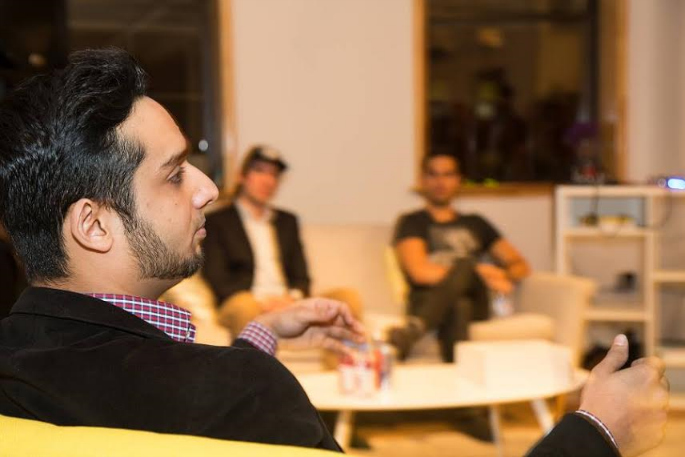 “We went back to the drawing board and brainstormed on what we were really passionate about. The two things that really stood out were gaming and philanthropy. So we decided, why not merge the two and create something unique?

“That’s how we became the first ‘philanthropic game design’ company. There are other ‘serious games’ companies that do games for K-12 education, training, etc, but none with a pure focus on global issues like corruption, terrorism, healthcare etc.”

Do you find that there are any pressures unique to foreign entrepreneurs in the United States?

“There is no clear path for foreign entrepreneurs to immigrate to the United States. I really had to fight an uphill battle to make my place here and continue to run my business. Here is my story.”

What made you want to go into the gaming industry?

“Growing up, I was always fascinated by video games, art and creative projects. Once I was in high school I let go of my ‘art’ hobby and got engaged in computers and programming.

“Once, it was time for college and thinking about career prospects I realised that I definitely did not want to work in a big company and write endless lines of code. Instead, I decided to combine my passion for art and computers in creating video games.” 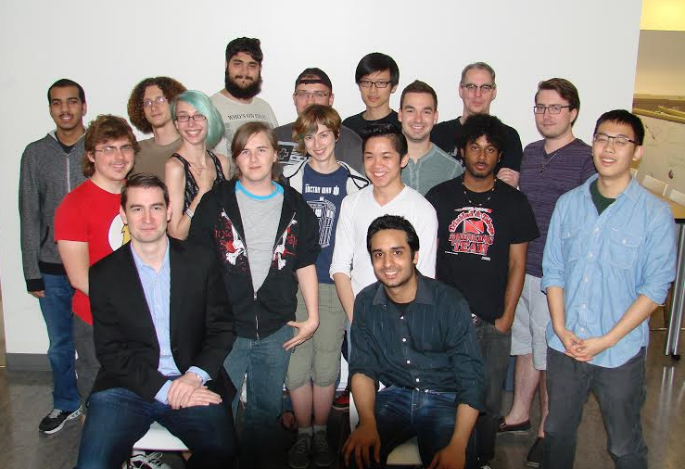 Did you find it challenging being an Asian in the gaming industry?

“No. Although, the gaming industry is extremely competitive, it is also very diverse and fair. Other than the general challenges of creating your own space in the industry, I did not have to face any challenges that were specific to being Asian.

“That being said, I did put in a conscious effort to understand the cultural differences between Asia and America specific to the consumption of media and video games.”

What is your typical day at the Skyless Games studio like?

“There is no typical day. There is a lot of fun, creativity and hard work at the same time. Other than spending quality time motivating our team to create solid products, everyday has something new and unique in store.

“Ranging from networking and travelling, to building strategic partnerships with socially conscious organizations to brainstorming and laying road maps for our next world changing game ideas – everyday is filled with something different.”

Using games as a platform for social issues is a unique one, how did that idea come to fruition?

“We formed Skyless Game Studios on June 10th, 2012 in a conference room in Drexel’s Baiada Center, an entrepreneurship incubator run by the university. We had recently finished working on a small app and were trying to figure out what to do next. 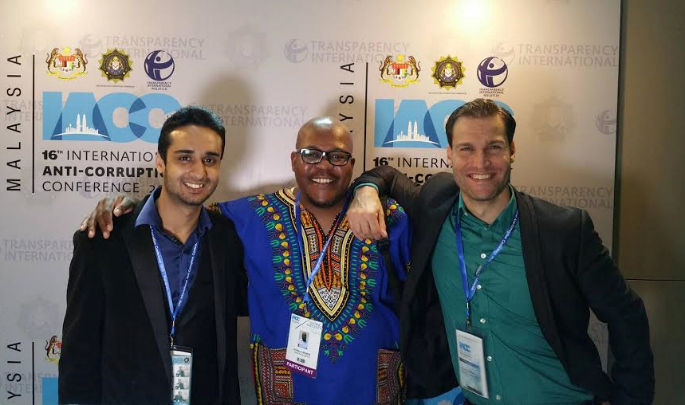 “Our idea: combine philanthropy and video games. After a little research we realised that we weren’t the first to think of this; but in large part the ‘serious games’ currently available were small and could barely be called games.

“So we set out to make Project Empathy, a game that would explore the psychology of violent extremism and radicalisation, through a rich story set in an immersive world. However, we quickly came to the realisation that we didn’t have the resources to complete such an ambitious project.

“It was on January 25th, 2013, while we were puzzling over how to make Project Empathy a reality, that we were introduced to Jack Smith and Tom Lasich from Repatriation Group International.

“They wanted to work with us to build a video game about corruption. Although it would mean that our pet project would have to take a back seat, we all quickly realised the potential of working together.

“We immediately began designing this game, now called Follow the Money; and by April 1st we brought on a team of co-op students and began creating the game.

“As we presented Follow the Money and our general concept of Philanthropic Gaming, we got continually approached by passionate organisations and individuals who voiced how games could help empower their respective causes. Hearing the need, we started a full fledged development service to fulfill this demand.” 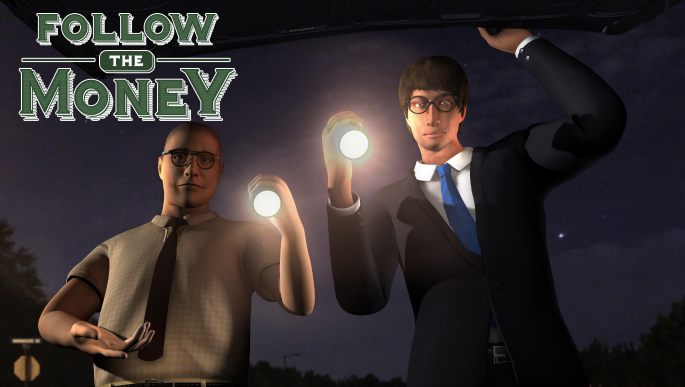 What impact have you seen from your work at Skyless Games?

“So far, we have received great acknowledgement for our anti-corruption efforts by international organisations including the UNCAC and Transparency International. We have also received a lot of support and interest for our healthcare games (especially for children with autism) and other initiatives.

“However, with a large number of back to back product launches this year, we are excited to see finally see and track ‘measurable’ impact in addition to the anecdotal positive impact that we have created.”

What have you achieved with Skyless Games and what is it like to work with young people?

“The number one thing that we have achieved with Skyless is a sense of inspiration. We are humbled and excited to have created a trend where we are flooded with young, creative and brilliant minds who want to be a part of our team.

“Not just because we are ‘cool’ and make video games, but sincerely because they believe in our mission to create games for social good that positively impact the world.”

What are your future plans for Skyless Games?

“This is a very exciting year for Skyless. From multiple product launches to new projects and international collaborations – we have a lot lined up this year alone.

“In the near future, we will be rapidly scaling our anti-corruption training efforts and exploring more projects using Virtual Reality systems.”

What are your personal ambitions?

“My plan is to travel, speak and share my experiences with young students and entrepreneurs around the world. I also aim to grow Skyless into an international operation (not just an international brand) so that we can scale our areas of social impact globally.”

What is your advice to young people who want to break into the gaming industry?

“Don’t just play games, understand them and realise their potential.View every game that you play as a technology, as an art form and as a storytelling device instead of a just a ‘toy’ or a finished product.

“You will be surprised at how much you can learn about the industry by just observing. Last but not the least, find a mentor in the industry. A good mentor is practically invaluable.”

The inspiring young and ambitious entrepreneur, Aradhya Malhotra, is making great waves in the gaming industry.

With Skyless Games utilising the unique platform of philanthropic games, we can expect a whole lot more where that came from.