DESIblitz speaks to The Apprentice candidate, Karthik Nagesan, about why he applied for the BBC hit show and being a British Asian in the public eye.

"[Lord Sugar's] intentions are noble. He reminds me of me"

British Asian entrepreneur Karthik Nagesan made his debut on The Apprentice 2016 alongside 17 other candidates, all eager to impress Lord Sugar with their business prowess.

Confident, self-assured, and unafraid to speak his mind, Karthik calls himself the ‘next billion dollar unicorn’.

In an exclusive interview with DESIblitz, Karthik Nagesan tells us why he decided to apply for the BBC hit show, The Apprentice.

He also gives us an insight into whether the process is as gruelling as it looks and what it is like being in the public eye as a British Asian.

Tell us about your background. How did you get into business?

I am IT Project Manager, born and raised in India and now settled in the UK for many years. I come from a middle-class family and worked hard at school to get into university where I graduated as an engineer in computer science (First Class).

My career started as an IT programmer and I rose through the ranks to become a senior project manager specialising in the Agile and Lean Startup methodologies (a kind of project management where you “build little and build often” and innovate incrementally based on real life customer use of the product or service).

What made you decide to apply for The Apprentice?

Media and Business are two things I was always interested in. The idea of applying for The Apprentice was given to me by my wife who is a big fan of the show.

She felt I would do very well on this programme and encouraged me to give it a shot. I applied, got through and the rest is history… in the making. 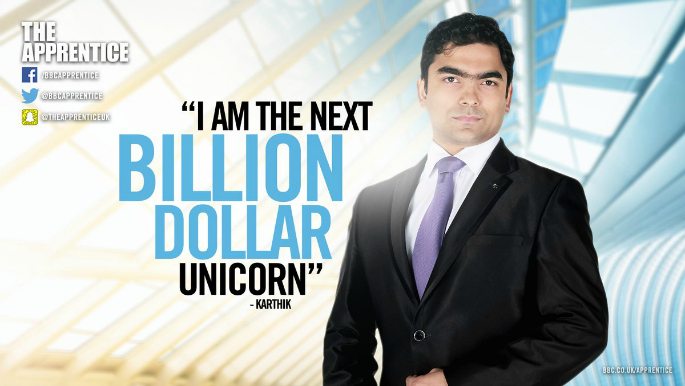 What reaction did you get from friends and family?

Most of my family is in India and quite a lot of us in the States. They had heard of The Apprentice and were ecstatic and incredibly proud to hear that I had made it to such a prestigious TV programme in the United Kingdom.

My friends and former colleagues have been in touch after spotting me as a candidate for this year’s series. Including people I’ve not heard from in a really long time! Being on TV seems to have this effect of making me a pretty popular guy in my circles. Heh!

How did you prepare before the process began? Was it what you expected?

I mentor Start-up ventures and am a senior IT Project Manager in my day to day life. I looked at each task as a start-up (spin up a brand new company from scratch and figure out how to make it a success) and mentally prepared myself to follow the process I am trained in.

The filming, however, makes it quite a different experience as far as the business aspect of it is concerned. But perhaps that is to be expected given the nature of things. Decisions in a real world business start-up would possibly have the luxury of more time, options and resources that we get with the task in each episode.

Also, dealing with what I call the “personality switch” of fellow candidates was very interesting – to put it mildly.

A candidate on task and in front of one of Lord Sugar’s observers becomes quite a different person from how they are back in the house. A different way of speaking, different behaviours… takes some getting used to. 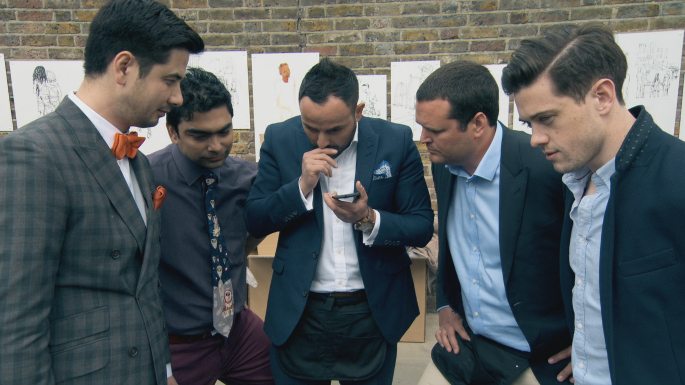 What was it like meeting Lord Sugar in person?

I tried to see him without the halo of his celebrity status. It was good to meet him – he appears to be a good albeit sometimes tactless man.

His intentions are noble. He reminds me of me. I think some of his mannerisms may be put on just for the camera, though!

Are the tasks as hard as they seem? What was it like working in a team?

Being on tasks was always intense but I also found them lots of fun! Working in teams on this process was very interesting because the teams on The Apprentice are completely different to real world business teams in the sense that, in the real world, you’re not usually on a task where one of you gets fired if the team fails.

Normally you all have a job to come back to the next day. This aspect of the programme is felt in the way the candidates behave on task when they feel they are being judged for possible firing later.

I think most if not all of the candidates would describe me as a fun, friendly and very frank character.

What was the most challenging thing about taking part? Do you have any regrets?

I have absolutely no regrets whatsoever in taking part in the programme. The most challenging thing was to be cut off from family – we were only allowed one short phone call a week and I really missed my newborn son. 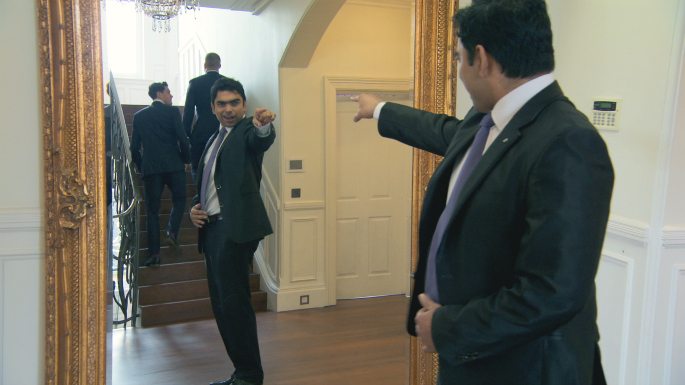 Do you think we need more British Asians or more diversity in general on television?

I can see plenty of diversity and British Asians on television. Can always do with more I guess.

What I want to see is more British Asians in cinema… that’s where our roles are usually stereotyped and quite limited. Happy to represent and get into the movies!

What makes you stand out as an entrepreneur?

I am married to the Business Process, NOT the Business Idea. This one fact makes me massively different from the rest of the flock.

Most wannabe entrepreneurs and start-up founders are married to their one idea. They won’t let go of a sinking ship – their idea, their baby – no matter what the cost. Even if all the evidence points to the contrary.

I, on the other hand, know when to persevere and when to pivot to a new direction in product development.

There is no point persevering your plane into the ground if the market and your customers are telling you, and more importantly showing you through their behaviour and their use of your product, that your profits lie in a different version of your offering.

Have you faced any difficulties in business because of your background or ethnicity?

Absolutely not! As a foreigner and an immigrant, who has become a British Citizen, I have NEVER faced racism or discrimination of any kind, anywhere. 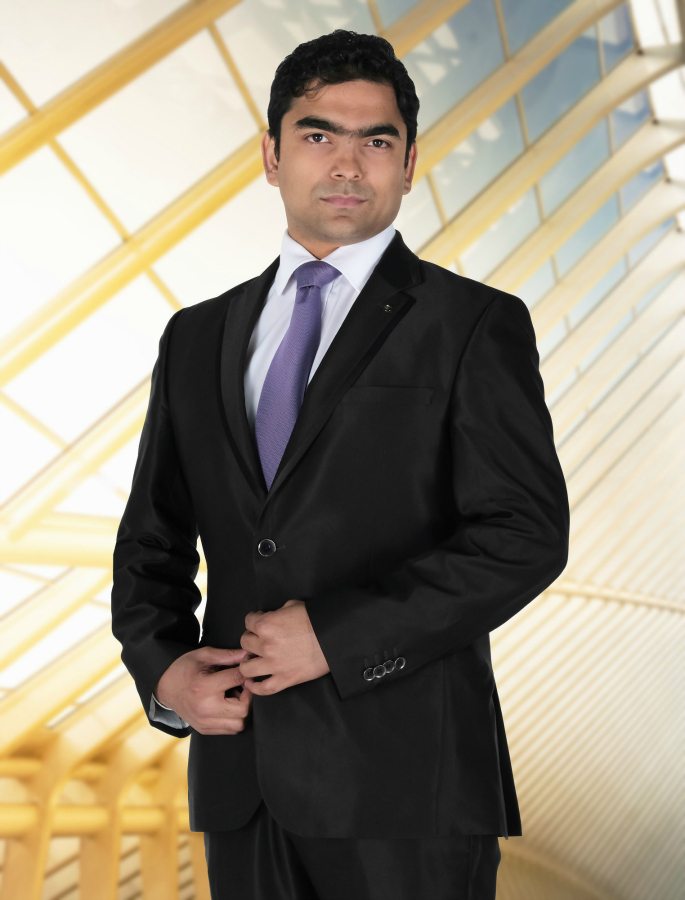 What is your favourite Desi food?

Why have you chosen to keep your monobrow?

“I believe that I am good enough and handsome enough just as I was born. I don’t do Tattoos, Piercings, Jewellery… and yes, no monobrow waxing. I am at ease with who I am and how I look. I do shave and go for haircuts, though!”

What qualities do you need to be a successful entrepreneur?

Having the will to fail fast and fail often. Nine out of ten start-ups fail so you got to try a few ideas and be open to failing in most of them before you innovate your way to the Next Billion Dollar Unicorn!

To have faith and persevere in your desire to become a huge success in your chosen line of business.

DESIblitz wishes Karthik Nagesan the best of luck on his The Apprentice journey.

Watch The Apprentice on Thursdays at 9pm on BBC One.