Karthik & Boys Team win Week One of The Apprentice

In week one of The Apprentice, Trishna Thakrar battles with her project manager and Karthik Nagesan calls himself an ’emperor’.

BBC’s The Apprentice is well underway in its first week and first task, a car-boot sale. British Asians Karthik Nagesan and Trishna Thakrar attempt to sell vintage collectables for a profit in their teams.

Lord Sugar is back with his trusted aides, Baroness Karren Brady and Claude Littner.

In the next 12 weeks, Lord Sugar will be looking for his next business deal, a business partner with a winning business plan.

Lord Sugar has already invested £1,250,000 of his own money in five thriving businesses from previous series winners.

This year’s 18 business-hungry candidates are ready to fight for his funding.

As it is week one, the teammates get to know one another, size up their competition and decide on their team names.

The process starts with teams as girls versus boys. The girl’s team is called Nebula and the boys are Titans.

In the first task, the two teams go head-to-head as they bid to make cash from collectables.

In their early start, the teams get their stock of collectables to a car boot sale. The aim is to spot the “gem” within the trash and sell their stock for as much money as possible.

The big characters are already beginning to show, including 33-year-old British Asian Karthik Nagesan, an IT consultant from Kettering, Northamptonshire. 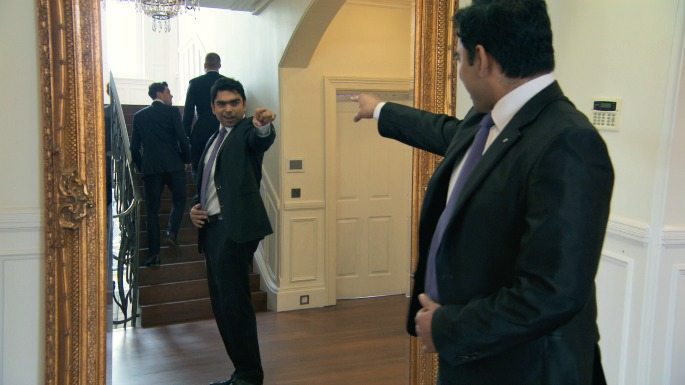 Karthik offers to be project manager. However, Paul is the more favourable candidate.

Trishna Thakrar is another British Asian part of the 2016 candidates.

The 28-year-old recruitment consultant living in London was keen to criticise the girls’ project manager, Michelle, on her business strategy.

The girl’s team fail the task due to undervaluing their products which experts said are worth much more.

Lord Sugar says the girl’s team ran around like “headless chickens” and “made up the prices as they went along.”

After a hard day of selling, the aspiring business entrepreneurs face Lord Sugar in the boardroom for those all important results.

Project manager Michelle is the unlucky candidate to leave in week one.

Lord Sugar fires her for not being able to control her team or set a pricing strategy.

Michelle does not agree with Lord Sugar’s decision. She believes her teammate Rebecca cannot cope with the demanding tasks and is “out of her depth.”

Next week’s task is all about fashion as the teams create an advertising campaign for jeans. However, it all becomes a bit too much for one candidate who breaks down under pressure.

Watch the second episode of The Apprentice on Thursday 13th October 2016, at 9pm on BBC One.

Mirzya is a Poignant and Poetic Tale of True Love
Harshvardhan, Saiyami and Rakeysh talk Mirzya