Trishna & Karthik Hunt for Bargains in The Apprentice Week 6

Karthik shows off his knowledge on foreign items as the teams hunt for bargain treasures. Trishna is project manager but loses the task. Does she get fired?

In week 6 of The Apprentice, the 12 remaining candidates take part in a task favourite, to search for foreign products in London.

Testing their negotiation skills and stamina, the team must search all night for as many products as they can and rush back to the boardroom in the morning on time.

These unusual items are difficult to find as they are rare and originate from all over the world.

Some of the items were a lehenga, African soap, rainbow bagels, bird of paradise and rambutan.

Once the teams figure out what they are, they must find the best place to buy them at a bargain price.

To make things even more challenging, their only sources of navigation are maps (and not Google maps).

Trishna finally gets the chance to pitch to be the team leader. She says she knows the streets better than anyone:

“I know London really well. I know the time it would take to get back. So I will like to be project manager.” 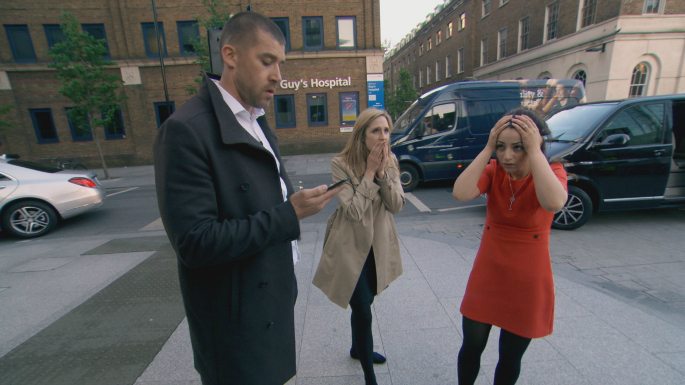 The rest of team Nebula easily back the born Londoner to lead them.

Meanwhile, on the other team, Courtney is project manager of team Titans. But Karthik seems to be the only one who knows what the foreign products are.

Karthik says: “A rambutan is a fruit in Malaysia and a lehenga is a dress word by Punjabi ladies.”

His sales technique to get the lehenga at a good price was to ‘switch on the Indian mode’.

His team mates are not as keen on his time consuming approach to get the deal on the lehenga as he spends alot of time building a rapport with the Indian shop owner.

“In the Indian culture you cannot be abrupt like in the western culture and go in for a deal. Its always done with a lot of rapport in the beginning and slowly coming into the business.”

After complimenting the shop on its ‘beautiful lehengas’, it doesn’t take him long to get down to numbers. He tells the owner: “I’m dealing with one zero and this has two zeros in it.”

Failing to impress, he turns to another Indian clothing shop with the same approach: “So you’re from Bombay?” he asks the female shopkeeper.

His ‘Asian persuasion’ eventually gets him a lehenga for £50 which he thinks is a bargain. Before leaving, he thanks the shop keeper who he calls his ‘sister’. 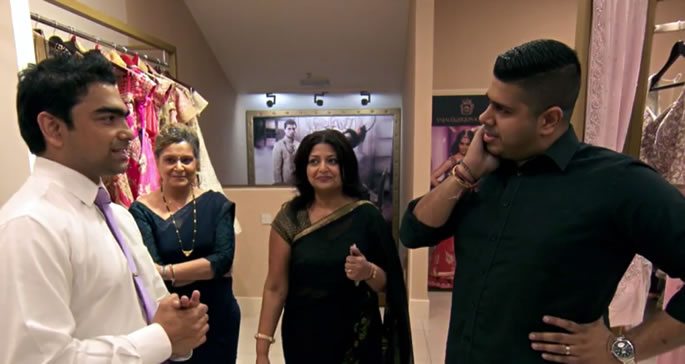 On the other team, their direct approach enabled them to get a child size lehenga for £25.

Trishna’s tactics involve leaving the shop if they refuse to bargain down a good price and search elsewhere.

However, the team don’t stick to this plan as they beg for a good price out of fear they won’t find them anywhere else.

She consistently uses a sob story about her father to get a cheaper price from a cigar seller.

Her tactics work, kind of, as the shopkeeper eventually gives in at a bargaining price because he needs to get some sleep.

Going into the early morning, it all becomes too tiring for Karthik who falls asleep in the taxi. His teammates wake him up by singing some carpool karaoke.

Unfortunately, Trishna and her team turn up late to the boardroom which results into a hefty fine.

Because of this, it is a victory for team Titans who have found better bargains on their products. 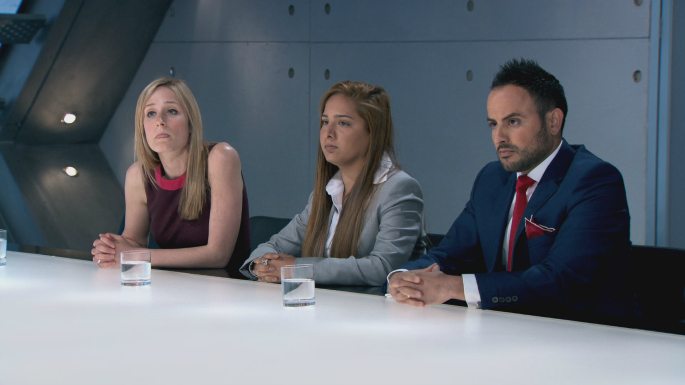 A disappointed Trishna blames teammate Sofiane for his lack of contribution.

It’s a close call for Trishna as Lord Sugar blames her for the failure of the task. He says she “lost control.”

Karren agrees with Lord Sugar but also defends Trishna stating: “It sounds like she had a great plan. It was just badly executed.”

Defending her place in the process, Trishna tells Lord Sugar: “I come from a very cut-throat business, I know how to hold myself and don’t crumble under pressure unlike many of the other girls.”

In the taxi home, Rebecca believes she was too nice for the process. She claims other candidates have done less than her and just been on winning sides.

Next week, the team must test and sell watersport products at the highest prices to gain the biggest profit.

Will Trishna prove herself to be a good team leader? Will Karthik continue to use his Asian persuasion in sales?

Check out our exclusive interviews with Karthik here, and Trishna here.

Henna is an English literature graduate and lover of TV, film and tea! She enjoys writing scripts and novels and travelling. Her motto is: "All your dreams can come true if you have the courage to pursue them."
Indian Child Actor in Lion ‘denied’ U.S. Visa for Premiere
Ranbir Kapoor finds Sexting Boring and Prefers Flirting!