Trishna has Photographic Memory in The Apprentice Week 8

Has Trishna got photographic memory? She proves to be a partygoer as she hosts a casino themed party full of A-listers in week eight of The Apprentice.

In week 8 of The Apprentice, the remaining candidates host social events. They must raise money but ensure customer satisfaction.

Paul is project manager for team Nebula and decides on a casino theme event. But the team seem to lack strategy and forget to decide the most important thing, how much the tickets will be.

Paul gets carried away with the prices constantly changing his mind from £65 to £50 and £45 entry.

Trishna calls the brainstorm “pointless,” when Paul later decides to “take it down £15.”

As well as decreasing their ticket prices, they also misinform customers telling them hot food is included when customers must pay extra. This does not go down well at all!

An angry Paul is disappointed with his team who sold tickets at bottom prices. Claude, Lord Sugar’s trusty advisor, also worries for the team’s expenses that still have the drinks and canapés to pay for. 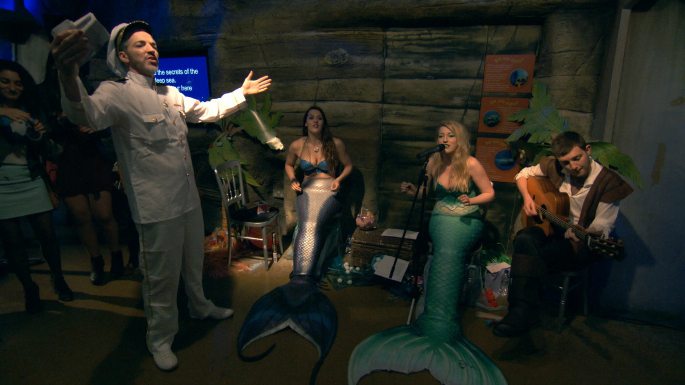 They also misinform customers when selling tickets. They promise customers a mermaid swimming underwater at their “deep sea extravaganza,” charging £50 per ticket.

While holding mermaid auditions, Dhillon shows off his Disney knowledge as he sings along to The Little Mermaid song ‘Part of your World’.

Getting a bit carried away with the sparkly theme and décor, Dhillon forgets to focus on the business. He even sings with the mermaids dressed up as a captain.

Their party even includes party games and face-painting, which Karren describes as a “kids party.”

Grianne and Kourtney are not impressed when they are told by Dhillon that they would have to dress up as a mermaid and pirate.

Preparing for their party events, Trishna takes a crash course in the waxworks of Madame Tussauds. 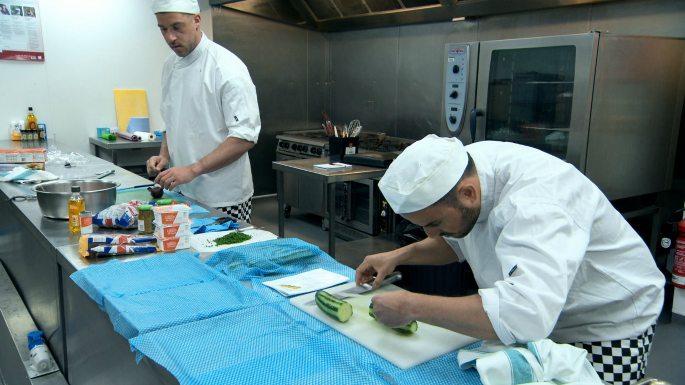 She shows she is already an expert knowing that each hair is put on individually, including eyebrows and eyelashes.

Trishna has “a photographic memory” remembering facts such as “each waxwork takes around 4 months” and “each has 200 measurements.”

However, things soon turn ugly as Paul confronts Jessica about advertising hot food as inclusive of the ticket price. The arguing pair causes a scene in the middle of their party drawing attention to themselves.

When commenting on Paul as a team leader in the boardroom, Trishna says she thinks: “Things could have been clearer. But we did rectify things as time went on.”

The party is over for team Nebula as Team Titans’ aquarium party gained the most profit and a surprising 100 percent customer satisfaction.

Trishna defends herself to Lord Sugar about not making the same mistakes as her teammates. She did not promise hot food like Jessica did. 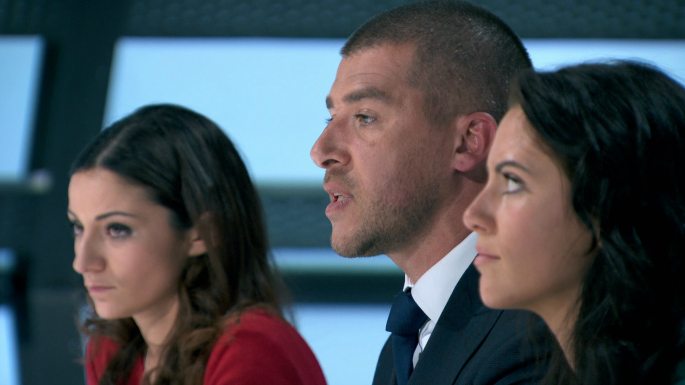 Trishna also admits the team had no pricing strategy and Jessica told them to “use their common sense.”

Paul proves to be the brave candidate who frequently talks back to Lord Sugar telling him to: “Take it how you want to take it.” His aggression eventually ends up getting himself fired.

Trishna shows she is psychic as well as having photographic memory predicting Paul will be fired for his back chat and lack of strategy as a team leader.

Next week on The Apprentice, the task goes futuristic with virtual gaming. Trishna proves she can be brutally honest. She says: “If I don’t like it, I’m not going to lie to you, I will tell you.”

Will we see Trishna’s true colours?

Images courtesy of BBC and Boundless