Trishna wins Task as Project Manager in The Apprentice Week 9

Trishna project manages week 9’s task to create a virtual reality game. Find out who clashes and who leaves in another double firing in The Apprentice.

In week 9 of The Apprentice, the remaining candidates get creative in the gaming world of the future.

Lord Sugar informs the candidates via virtual reality about this week’s task.

They must create a game through virtual reality to impress the experts and gamers at Comic Con.

Trishna is keen to be project manager of team Nebula. She is an IT consultant and her business plan includes technology.

She adds: “I used to play a lot of computer games,” and the rest of the team back her as a leader.

Trishna managerial approach is very different to everyone else’s. She does not agree with her most of her teammate’s decisions and is quick to say so.

The main character of their virtual reality game is Galactic Gordon who is searching for his lost pet badger in space.

Trishna proves project managers do not always motivate the team. She is brutally honest with Jessica. 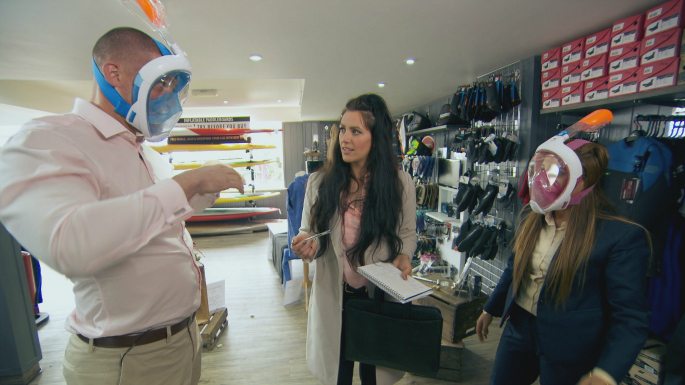 Trishna adds she was worried from the start about Kourtney and Jessica not being able to stay “focused.”

Meanwhile, on team Titans, art director Dhillon faces much disappointment in this creative task that is right up his street.

First, he isn’t picked to be project manager despite being very enthusiastic about it. He says: “I am an illustrator. I would like to put myself forward.”

Instead, the Titans are led by Sofian, who strangely chooses brand marketers Alana and Dhillon as game designers. Bad call there Sofian.

A frustrated Dhillon cannot believe the team didn’t back him as project manager. He says:

“Sofian sold a few headsets and now he wants to be project manager.”

Dhillon also doesn’t get the superhero character he envisioned. Coral Kid is an infant main character, despite the virtual gaming’s target market being teens and young adults. 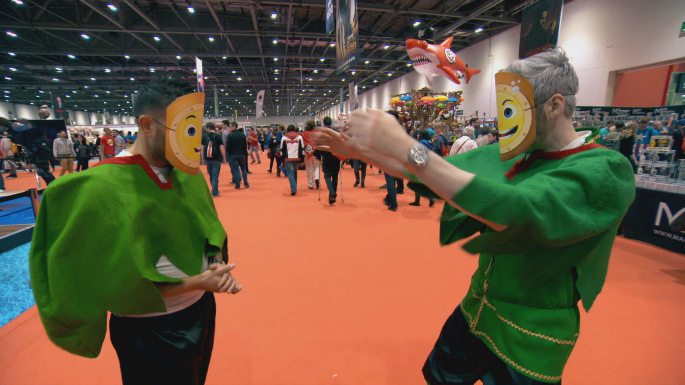 Despite the many team conflicts, Trishna’s side impress the gaming experts.

Seven out of seven of the experts like their game concept. The guests at Comic Con also choose their game over the team Titans.

An appalled Lord Sugar affirms team Titans’ game is aimed at 6-year-olds and won’t be played by 15 years old which is the target market.

Ultimately, Dhillon gets fired due to the poor gaming concept which he continues to stand by.

However, it is a double firing as project manager Sofian is also fired for not taking criticism or input from others.

Next week on The Apprentice, the remaining candidates experiment with gin. Will Trishna make it through to the final five?