5 Reasons why Harry Potter is Ideal for Bollywood

How can we forget the Weasleys? The family is an archetypical Desi family

Harry Potter and his wonderful wizarding world first entered our lives in 1997.

J.K. Rowling’s first book, Harry Potter and The Philosopher’s Stone, unravelled a series of stories that captured the imaginations of children and adults alike.

We have remained in awe of these stories ever since. Especially with the blockbuster films that followed, bringing Rowling’s much-loved characters to life.

It may be almost two decades old, but the phenomenon of Harry Potter is yet to abate, and with J.K. Rowling’s spin-off, Fantastic Beasts and Where to Find Them releasing successfully, the magic of the wizarding world has been recreated.

It has been over five years since the Harry Potter series concluded on celluloid and we miss it dearly.

But imagine if Harry Potter was adapted into a Bollywood movie… What would be the key tropes of this franchise? Here are 5 reasons why it would make a fantastic watch!

There is a strong resonance between the younger characters of Harry Potter and ordinary Desi children.

Harry grows up as the least favourite child of the Dursley household. Sound familiar? He’s forced to put up with hand-me-downs and getting bullied by his cousin, Dudley.

Also, the fact that Harry has been trained to cook and clean from the age of 10 is possibly why so many Asian girls can relate to him!

While ill-treatment and segregation by his aunt and uncle are not necessarily prominent tropes of Desi culture, there are some Bollywood oldies that have touched upon this subject, like Beta and Dil Hai Tumhaara. 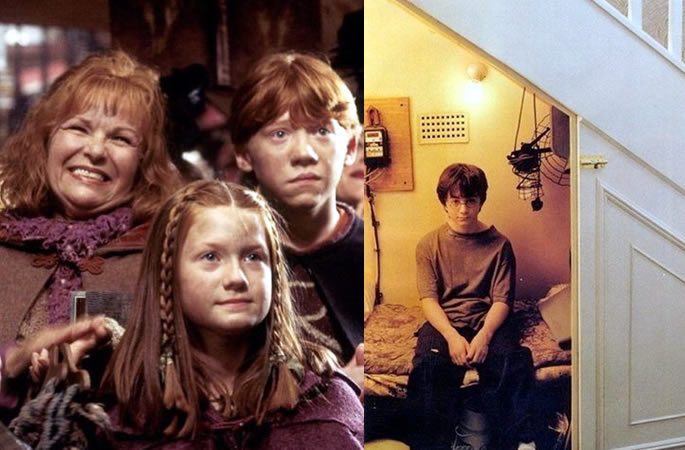 Over-achiever and top of her class, Hermione is every Asian parent’s dream child. She passed her first-year Charm’s exam with an impressive 112 percent. That’s enough to satisfy even the strictest Desi mum or dad.

Also, how can we forget the Weasleys? The family is an archetypical Desi family. Ron has six siblings in total. The Burrow is an extraordinary house that simply oozes Asian family chaos.

While dad, Arthur loves collecting batteries and plugs, Molly Weasley is also a typically thrifty and stern Desi mum, who always nags the children, but loves them dearly. You certainly wouldn’t want to mess with her. If only they could have their own reality show!

It also seems like Harry Potter is quite special to Sonam Kapoor. She writes:

“They say kids who read Harry Potter ended up having a stronger moral compass.

“I’ve lost count of the number of times I’ve waved an imaginary wand in the air and shouted Expecto Patronum and felt every bit the witch or the wizard that Harry, Ron and Hermione were!”

Now, this is the fun part. Bollywood currently boasts of many young talents.

However, there are several names which spring to mind when mentioning the Bollywood casting of Harry, Ron and Hermione.

Sidharth Nigam has essayed the suave Samar/Sahir in Dhoom 3 and Emperor Ashoka in Chakravartin Ashoka Samrat. His ‘no-nonsense’ attitude and innocent look are ideal for depicting Daniel Radcliffe’s iconic character! 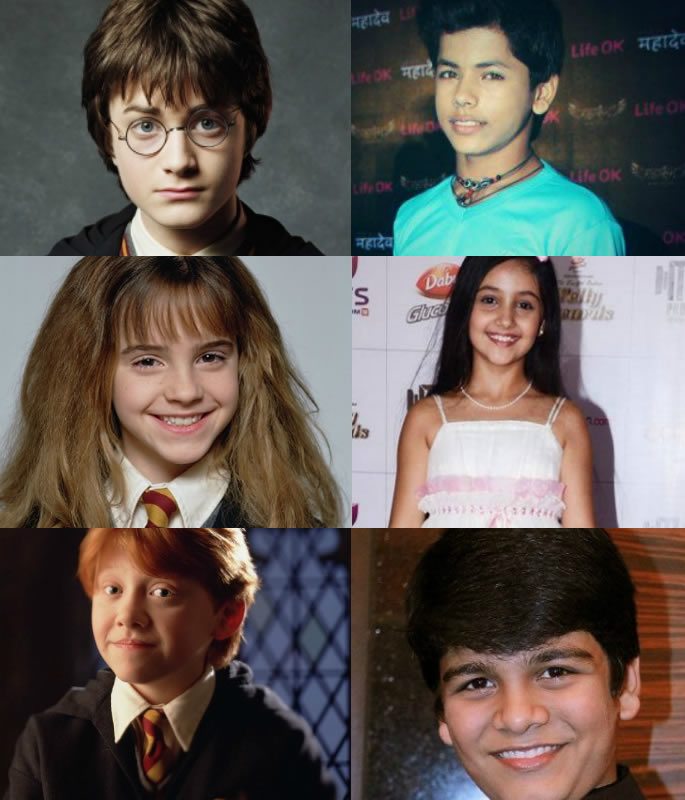 Our very own ‘Naira’ alias Ashnoor Kaur would be perfect as Hermione. Her subtle sense of humour and sharp on-screen prowess would definitely make Emma Watson proud.

For Ronald Weasley’s role, how can we forget Jethalal’s cute and mischievous on-screen son, Bhavya Gandhi? He would be able to re-enact Rupert Grint’s comical timing!

John Williams set the high benchmark for the haunting and memorable post the first three Harry Potter soundtracks. Plus, most of the scores are instrumental.

The Bollywood adaptation, however, would require a few crooned tracks. The Sorting Hat is only the beginning of the songs you would expect. And the Yule Ball in Harry Potter and The Goblet of Fire would definitely have a Bollywood dance-off between Harry and Cedric Diggory to win Cho Chang’s heart!

While Shankar-Ehsaan-Loy composed the music for the Hindi version of High School Musical 2, there are several music directors who would be ideal for the album.

Namely, Monty Sharma (of Black and Saawariya) and A.R. Rahman would create a mesmerising soundtrack! 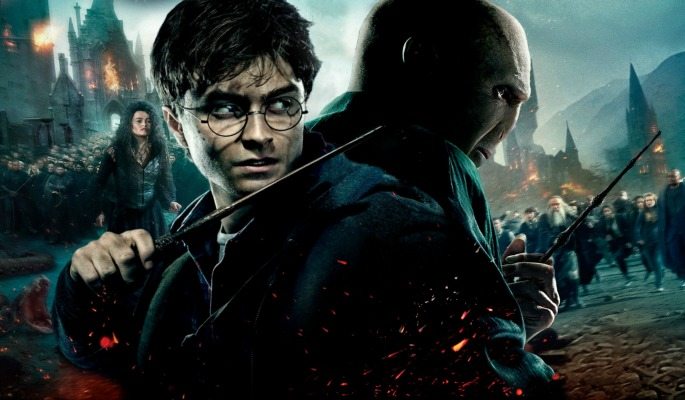 Whether it’s superhero films like Krrish or an action flick like Main Hoon Na, the theme of Good vs Evil is prominent in Bollywood and rightly so.

One simply cannot forget the final wand-duelling between Harry Potter and Voldemort.

With Potter ultimately defeating him in the end, the audience is assured that ‘good’ still prevails in the world.

According to the novel, J.K. Rowling describes Lord Voldemort as a ‘self-hating’ bully:

“Well, I think it is often the case that the biggest bullies take what they know to be their own defects, as they see it, and they put them right on someone else and then they try and destroy the other and that’s what Voldemort does.”

In films like Agneepath, Kancha Cheena (Sanjay Dutt) was bullied during his childhood, for his looks. Slowly this hatred translates into his life, making him a villain. Therefore, it would be interesting to see how a character like Voldemort originates in the Bollywood adaptation!

Plus, there has not been a full-fledged Bollywood film on the Wizardry world. Therefore, this remake would draw curiosity amongst national and international audiences.

Harry Potter has been an integral part of the childhood of countless readers and audiences. People have grown up reading the books and watching the franchise.

Rowling has also been applauded on using universal themes in her stories, and they relate back to Hollywood and Bollywood films alike.

One of the biggest themes of Harry Potter is the importance of family. Love, friends and family are pivotal to Harry’s world, they are the reasons why he can overcome any obstacle. You only need to watch a Karan Johar film to understand how deeply embedded these concepts are in Asian culture.

The outstanding factor about the HP series is how youngsters can be courageous in their everyday lives. Age is simply a number. The reason why Harry is the ultimate hero is because he is willing to do anything to protect the people around him.

Bollywood has showcased several films with the central plot revolving around children.